The Peripatetic Preacher The Bible: Recognizing and Choosing Your Lenses (4)

I thought I was finished with my latest look at the Bible and its use in the 21stcentury, but after a conversation with my preacher wife, she made it clear to me that I needed one more essay, attempting to describe more precisely just how the Bible is in reality being read now. I do not only mean how it is being read by progressives like me, but also how it is being read by those who would hardly be called progressive, and would probably be deeply upset if they were so named. Everyone—I mean everyone—reads the Bible through multiple lenses; it is simply a fact that some of us do not recognize or admit. Here is the truth that must never be forgotten: there is NO unbiased reading of the Scriptures; there is NO reading that may be described as “merely textual” or “simply rooted only in the words.” All of those claims are myths, and until all Bible readers are ready to recognize and admit that, we cannot understand why, out of clear necessity, that so many radically different readings of the same texts are possible.

I am a 74 year old, white, male, heterosexual, retired professor of Bible and Homiletics from a main-line denomination, and every one of those facts about my life offers for me a lens through which I must read. During my 33 years on a seminary faculty, an increasingly diverse cadre of colleagues joined me in the work: first, women, then persons of color, then international scholars, who were female, of color, and represented other expressions of the Christian world. We had Asian Roman Catholics, Eastern European Orthodox, Lutherans, Presbyterians, Disciples of Christ, Pentecostal, and on and on. When I first came to the faculty, nearly every member was a white male; after 33 years, we white males were in a decided minority. And with that diversity came both tensions and vast new learning about the myriad lenses that each colleague brought to the table. My white, male eyes were no longer sufficient—of course, they never were sufficient– for the fullest evaluation of the biblical text. I was confronted, sometimes pleasantly, sometimes heatedly, with the huge gaps in my approaches to the Bible, and for those confrontations I am forever grateful.

I have an obvious example, one I have mentioned before in an essay or two. I first read the book of Ruth in Hebrew in the second year of my graduate program. The professor was male, and all members of the class were male. The Hebrew of Ruth is quite clean, containing few real grammatical issues, so we plowed quickly through it in a class or two, and moved on to what we thought was richer and more important fare. After I finished my degree, and went off to pastor a church for a time, and then to teach in an undergraduate school, I finally returned to the place of my degree to join the faculty, and was confronted by two realities: a female colleague and an article by a female scholar on the book of Ruth, both of whom demonstrated to me just how shallow and undiscerning my graduate school reading of Ruth had been. After sharpening my lenses under the tutelage of my colleague and that superb article, I now class Ruth as a crucial book in my life of faith. It was not that I could not read the Hebrew of Ruth; I could do that well enough. It was just that my eyes were clouded and limited by the lenses I noted above.

Now let me offer a more metanarratival example. Many superb scholars of the Hebrew Bible, from whom I have learned a great deal, read the Hebrew Bible with the firm conviction that what it essentially says is that God is deeply engaged in human history, and that God has promised Israel, and is always fulfilling that promise, that Israel will be ultimately redeemed and rescued by that God. Because that is the theological lens through which these Bible readers view every text, they enumerate, as they read a text, the many ways that that particular text illuminates and illustrates that theology. In other words, they find in the text what they have already determined they must find! To a certain extent, all Bible readers do this. The Bible for them simply must say X, and after they read a text, lo and behold it turns out to say X. The reality that it may say Y seems highly unlikely if not impossible, thus making their fixed lens determinative for their understanding. 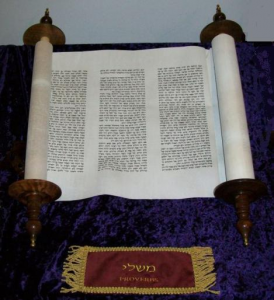 One of those scholars, the redoubtable and brilliant German, Gerhard von Rad, wrote several times that the figure of Joseph, as portrayed in Gen.37-50, was the very model of the wise man in Israel. He made the assumption that the Israelite school of Wisdom, represented by those writings such as certain psalms, the books of Job and Koheleth, Proverbs, certain sections of the prophets, looked to the picture of Joseph as the one they aspired to be, that is, very wise, very capable, very moral, and finally a savior of his people. This reading is still a common one in much of the commentary on Genesis. Thus, when Von Rad exegeted these chapters of Genesis, he found in his reading what he knew he must find, namely, the superbly wise and moral Joseph, the savior of his family and thus of Israel. When I first read the Joseph tale, I could only agree with the great Von Rad; who was I to read differently? But the more I read, and the more I freed myself from predetermined lenses about his portrayed character, I began to see a different person there. Joseph was a tattle-taling little twit at the start, and was tossed in a dry pit by his enraged brothers who had had enough of his arrogant dreams about his future greatness. When he was seduced by Potiphar’s wife in Egypt, his resistance to her blandishments had less to do with an exalted morality than with a certainty of superior power over her and over the entire household. When he was freed from prison to interpret the dreams of pharaoh, he was only asked to interpret the dreams, not to tell the most powerful man in the world what to do about them, but Joseph proceeds to tell pharaoh to choose someone “discreet and wise,” to save the land from famine. Why, shouts the enamored pharaoh, who is more discreet and wise than you! Who me, Joseph replies, with a feigned humility, and thereby becomes the second man in the land of Egypt.

And later in the famous recognition scenes, after Joseph has played a cruel cat and mouse game with his pitiful brothers and his absent father, he weeps grandly and announces that he is Joseph, the long-lost brother. Do not be afraid, he says. That is an absurd phrase, following the cruel 3-chapter game he has just played with them. And even at the very end, when he says those words that many a preacher has piously proclaimed—“you meant it for evil but God meant it for good”—the brothers are not convinced at all that the trickster Joseph will not play more games with them still, and lie that their dead father, before he died, told Joseph not to hurt them but to forgive them. The tale ends not with a great theological unity, but with a fractured family. Read in this way, the story of Joseph is another example of less than pure people chosen by the mysterious God to effect, in spite of themselves, the work that God has for them. Joseph, like Abraham and Jacob before him, is not model but mirror for the flawed humanity that all of us represent.

But why do Von Rad and I differ so completely in our readings of the same story? We have different lenses through which we are reading. Von Rad was much influenced, I think, by his compatriot Thomas Mann who fictionally portrayed a Joseph in his four- volume masterwork, Joseph and His Brothers, very like the one the biblical scholar saw. I, under the influence of my favorite authors, such as Emily Dickenson, Jonathan Swift, Voltaire, Charles Dickens, taught me to see the world “slant,” as Dickenson suggests, slightly off kilter, never quite to be taken at face value. The Bible, using my lenses, is more a book of grand surprise than it is a book of theological certainties.

All Bible readers use their own lenses, some chosen and some given. The way this is often stated is that for each reader there is “a canon within the canon.” Certain texts play little or no role in the formation of our Bible reception, once we have decided what the Bible simply must say. There is absolutely nothing wrong in doing this; all must do so by necessity. What is wrong is to deny that that is exactly what one is doing, and assume that one reading is the “right” reading. Right there is the basic reason for the warfare that the Bible has caused and still causes in 2020. I suggest what I have regularly suggested in these essays; what many of us lack is humility, a refusal to acknowledge our various lenses, a certainty that our reading is finally the only reading. If that claim is affirmed, the result is battle, a mutually assured destruction, marked by hurled Bible verses, and furious denials of alternative ways of hearing the sacred text. And, once again, the words of Jesus are mocked: “I have come to make them all one.” Well, hardly, if our inevitable and obvious reading lenses are not recognized and acknowledged to be resting on the ends of our noses.