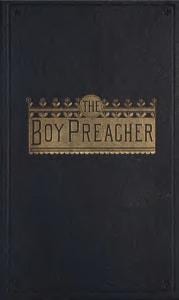 I think I have recounted the story of the young man who used to station himself near the student center on our campus, holding a well-thumbed King James Bible, and would harangue students as they passed by him each morning. He would scream, not merely speak, but scream that all within the sound of his powerful voice “must be saved,” or they risked the hell fires of eternal damnation. I have on occasion wondered what happened to that man, since he either failed to find a fertile enough field among the coeds and manly men of the college, and moved his work to another spot elsewhere, or perhaps he gave the whole enterprise up, and is now selling cars in Alabama. Given the fervor I witnessed over the weeks he established himself at nearly the same spot day after day, I doubt car sales was in his future. He may be the pastor of a Full-Gospel church; that seems a more likely conclusion to his tale.

His like could be duplicated in nearly every large community in this country, often in the downtown area, begging for a hearing, attempting to “save some,” as the Bible has commanded them to do. Very few of us have not heard their clarion call to “come to Jesus,” or some such phrase. Those of us in the more progressive end of the Christian tribe, have regularly scorned these would-be prophets as singularly deranged or deluded mountebanks who should find better ways to express their faith; feeding the poor or digging a well in a dry place might do the trick. I think it is fair to say that their number has decreased following the sharp decline in Christian belief in US America, and the concomitant rise of the so-called “nones,” those who apparently think the religious life is for losers and weirdoes. Still, these lonely criers imagine they are merely acting in the ways they have been called to act by the Scriptures they proclaim. Acts 4 is one of those places where Peter offers salvation to the Jewish authorities that have arrested him for crowd incitement, or some such charge; the text does not describe the crime that has brought Peter and John to prison.

After spending the night behind bars, or the first-century equivalent of confinement, Peter and his companion are brought before a group of “rulers, elders, and scribes,” among whom are named “Annas the high priest, Caiaphas, John (some ancient manuscripts read Jonathan, whom Josephus names son of Annas, and thus successor to Caiaphas as chief priest), and Alexander, all who were of the high priestly family” (Acts 4:5-6). This is without doubt an august group of trial judges who have assembled because Peter has healed a long-lame man quite publically (Acts 3:1-11), and the religious authorities are desperate to discover just how he did it. They demand of Peter, “By what sort of power or by what sort of name did you do this thing” (Acts 4:7)? The question is worded like this precisely to discern both the source (“power”) and authority (“name”) of the healing act. It recalls nearly exactly what Jesus was asked in Luke 20:2 as he was teaching in the temple precincts.

Peter, “filled with the Holy Spirit,” (a typical Lukan phrase announcing the prophetic power of the early Christian preachers), begins to preach to them. “Leaders of the people and elders,” a designation encompassing all those who have come to try Peter and John, “if we are questioned today because of a kindness (or “a good deed” NRSV) for a sick man, and are asked how this man has been saved, let it be known to all of you and to the whole people of Israel that it is through the name of Jesus Messiah the Nazorean—whom you crucified but whom God raised from the dead—it is through him that this man stands before you healthy” (Acts 4:8-10). Note that the use of the word “save” here clearly means “healthy” or “healed.” This salvation for the healed lame man is thus first a physical act; the content of being saved is to be made whole physically. Unfortunately, Peter’s sermon can never resist blaming his hearers for the murder of Jesus, a fixed idea of the early Christian proclamation that has led to monstrous horrors in future confrontations between Jews and Christians. As I have often said in earlier essays, I so wish that that element of Christian preaching had never been voiced. 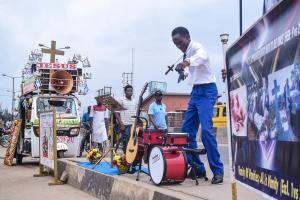 Peter’s sermon now turns to a much-used proof text for the events that surrounded the death of Jesus and its ultimate meaning for believers. “This is the stone that was scorned by you the builders. He has become the cornerstone” (Acts 4:11)! Here Luke interprets the famous reference to Ps.117:22 and applies it directly to the religious leaders who are listening. As occurred in Luke 20:17, the leaders recognize also here that the Psalmic verse is directed to them. We should note that Luke replaces the psalm’s word “reject” with “scorn,” thus emphasizing the terrible attitude of the leaders; they not only rejected their Messiah, but scorned him with bitterness in that rejection. Also, he specifically adds the words “by you” to sharpen his characterization of the leaders as obviously culpable in both the scorn and rejection and murder of Jesus. Luke’s additions here I find on the nasty side, making the leaders out to be little less than monsters and killers. The famous “cornerstone” is the capstone that joins the sides of the arch at the top, and is thus essential for any construction. Their rejection of the cornerstone Jesus makes any future construction they might attempt impossible. Ironically, for Christians, their rejection has led to the full and solid construction of the Christian community, a community Peter urges them to join immediately.

This call is necessary, says the preacher, because, “salvation is in no other, for neither is there another name under heaven given to humans by which we must (“can”) be saved” (Acts 4:12). And there is the verse, among others, that has driven the street preachers for decades to ply their loud and lonely trade on school grounds and street corners. However, if we are take the full measure of what Peter is offering his judges that day in his sermon on salvation, he implies that the act of being saved is at the same time physical, spiritual, and social. Because the Greek word used here, sozo, has the richer meaning of “wholeness,” of “inclusion from brokenness,” it possesses all three of those facets in its meaning and thus includes far more than our street preachers ever imagined. When they ask whether we are saved, what they are in fact asking, if they understand the full range of Peter’s gift, is your life now turned toward God in such a way that you want to direct yourself to become not merely “free from sin” and “saved from Hell,” but changed in ways to direct your actions to the poor and the marginalized, to cease living for yourself alone but to open your life to the world of pain and suffering. To be saved is to become a full follower of God and the Christ God has sent. To be saved is to enter into the very heart of God, to become at last what God wants you to be. “For Christ came not to condemn the cosmos but that the cosmos might be made whole again.” There is the fuller meaning of the salvation of God. If that is what it means, then sign me up, and remind me that the act of salvation is hardly a one-time event; I am always, my entire life, in the process of being saved.

I hoped one day to see again that school yard preacher and to engage him in a discussion of what he is in reality asking of those who stream by him. It is a crucial question, but it means far more than an escape from some imagined Hell fire. It is nothing less than the possible gift of a new life in God. In that light, it is a question we all need to answer again and again. 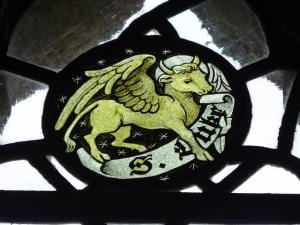 March 8, 2021
The Power Broker The Peripatetic Preacher
Next Post