It has always struck me as odd that the Book of Proverbs found its way into the biblical canon. I of course understand that every ancient Middle Eastern culture wrote proverbs, short, pithy sentences and phrases that purported to express significant truths about society and culture that could readily be repeated as goads for “right” behaviors or “correct” actions. All cultures contain such tidbits; they are the stuff of common beliefs, the kind of memorable bon mots that are heard in all segments of any society. “A rolling stone gathers no moss,” we are told, suggesting that we ought to keep moving lest we stagnate and ossify. “A stitch in time saves nine,” we are urged, telling us that early activity can ward off the need for late and much more onerous labor. Of course, both phrases, however hallowed, however well known, are at best half truths: there are surely occasions where staying in one place is good for the spirit and just as surely a too facile and unthoughtful activity does not always save later needed labor but in fact causes later needed labor. These freeze-dried, bumper sticker admonitions can be dangerously misleading as much as they may be insightful observations worthy of repetition and approbation.

It is important to observe that the book of Proverbs has within its pages much more than such traditional phrase-making; the next two weeks of the lectionary will offer the preacher something quite different indeed, but today we face a selection of proverbs from chapter 22, and each of them raise more questions for us than they offer sentences for memorization and adaptation. It just could be that there we find the value of such things: they tease our minds into active thought far more than they impede our minds by providing unchallengeable and unchanging truths. Our 21st century world may be just the place to capture and employ the significant difference between those two actions: active and questioning minds vs. stolid and unquestioning minds. We desperately need more of the former but are too often presented with hoards of the latter.

Here is what Proverbs 22:1-2 advocates for us today:

“A name is chosen over vast wealth,

When such terse phrases are written, it is important to attempt to say them in other words if any sort of deeper understanding is to be gained. How about: “One’s reputation for trustworthiness and respectability among one’s peers always trumps great piles of cash.” Choose good reputation over money every time. Well, I suppose such wisdom is common in any age, and is especially prized by those teachers who do not possess much money and who look down on those who do have it, assuming that with wealth inevitably comes a poor reputation, whispers of arrogance and a lording over those who are poor. This sharp distinction between rich and poor, and the implications of living for both, lies behind this proverb. Is it always true? Hardly! There can certainly be rich folk who are at the same time good, and poor folk who at the same time are greedy and rapacious. Life experience teaches that. Still, the proverb does cause us to think about what is important for us in our lives, and in that way it serves a valuable purpose. 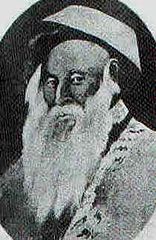 22:2 reads: “Rich and poor meet; YHWH creates both.” It might well be the purpose of this small verse to comment on vs.1. Though the rich are often called into question morally, while the poor are imagined to be possessors of good names and favor, we are reminded here that God makes both of them; perhaps we should not so simply evaluate the two categories, because both are from God. However, that may lead us to ask: did God make the poor as poor and the rich as rich? Did God make such a world where some are rich and some poor, and that is just the way it is? Once again, the line causes us to question, and that may well be its ultimate purpose, rather than to accept the reality of rich and poor without question or comment or challenge. In our own day, many of our sibling US Americans still believe that rich folks became rich because of hard work and determination, conveniently forgetting that many rich folk were born rich, and inherited the origins of their fortunes. In addition, the color of their skin, mainly white, made their wealth all the more possible. Thus, it could be that to question just how and under what circumstances wealth is garnered may be crucial for a fuller comprehension of the inequalities in society; God may have made rich and poor, but that hardly means that God has determined for all time that some will be rich and others poor. That is a social construct, and not a divine one.

How about 22:8: “Whoever sows wrongdoing will reap injustice, and the rod of his anger will fail.” To paraphrase: “the one who does evil will inevitably be rewarded with evil, so that whatever power he had to mete out punishment to others will end.” Well, that is hardly universally true! It is plainly not so that evildoers always receive their comeuppance; anyone who has observed the world for five minutes knows that is just not so. I need not read the travails of Job to understand that, though that might be a good reading choice for the one who wrote this proverb! Evil is not always punished, and good people too often die young.

Then 22:9: “The generous one shall be blessed, for she gave her bread to the wretched.” Would that that were true in every case! There is a modern proverb that demonstrates all too well the limited truth of Prov.22:9. “No good deed goes unpunished,” meaning that right and good actions lead not to blessedness but to anger and an unsettled community. Mowing a neighbor’s lawn unbidden may bring angry wrath rather than generous thanks, especially if your mowing was not done as the neighbor prefers, as you decimated her beds of flowers.

22:22-23 reads: “Do not rob the wretched, who is (after all) wretched; do not crush the poor in the gate, for YHWH will argue their case, and deprive of life those who deprived them.” To paraphrase: “Do not steal from those who have so little, because YHWH God will surely take up their case, and the robber will lose everything, even perhaps life itself.” God watches over the abused, and will get even on their behalf with their abusers. Always? Hardly! Amos, that passionate 8th century BCE prophet warned Israel against “crushing the needy in the gate,” that is the lower court of the community. He issued his warning surely because he had witnessed such abuse all too often. We must admit that God does not regularly take up the cause of the abused in reality, although the Bible often enough proclaims that God does. Again, Job warns us that his eyes tell him a very different story about the wicked and the righteous; the former too often gain great wealth and power while the latter are destroyed and forgotten (see Job 21).

Proverbs are often half-truths at best, designed to placate and fix the reader, to keep them in their place, written by the powerful to maintain their power. But perhaps against that design, the proverbs may provoke and challenge and call into question the very power that led to their composition in the first place. We must then conclude that proverbs, when rightly heard, may still serve us well as “goads, as nails firmly fixed,” to quote Koheleth 12:11, he no slack purveyor of proverbs himself. Yet, I would suggest that another way to hear Koheleth’s word “goad,” which he used to constrain the proverb reader, may also be heard as a provocation toward further thought. In that spirit, I think the proverbs may be valuable to us as trenchant words, urging us to think again about things we imagine we have settled but can remain powerful and fresh if we allow our minds to embrace their ongoing challenge. 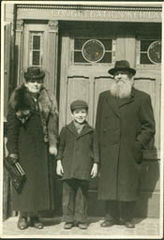