I’ve been thinking about witches since autumn began.

I never much liked or even thought of witches in the past. I grew up celebrating All Hallow’s Eve rather than Halloween. My friends and I would dress as saints rather than demons and have plenty of innocent fun. We truly did enjoy ourselves, as odd as it may sound. There were homemade donuts (¨Soul Cakes¨) and hay wagon rides in the dark and dancing to Christian parodies of classic rock songs. It sounds a bit odd when I explain it to friends now, but I look back on those memories with a great deal of affection.

But a year or so ago, a friend shared a piece by Fleassy Malay called ¨Witches,¨ and I´ve been pondering them ever since.

So this year for Halloween, I dressed as a witch.

I did last year, as well. I wore nearly the same costume both times, but last year I made it sexier: perfect smokey eye, pristine spiderweb around it. Snake ring, antique necklace. 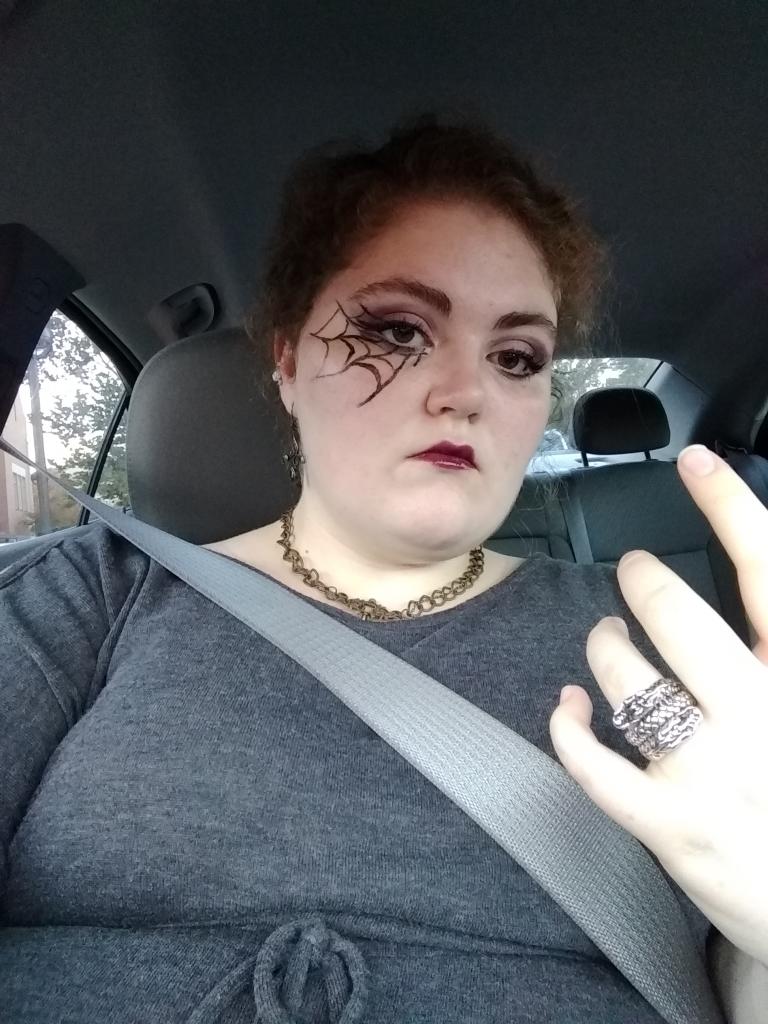 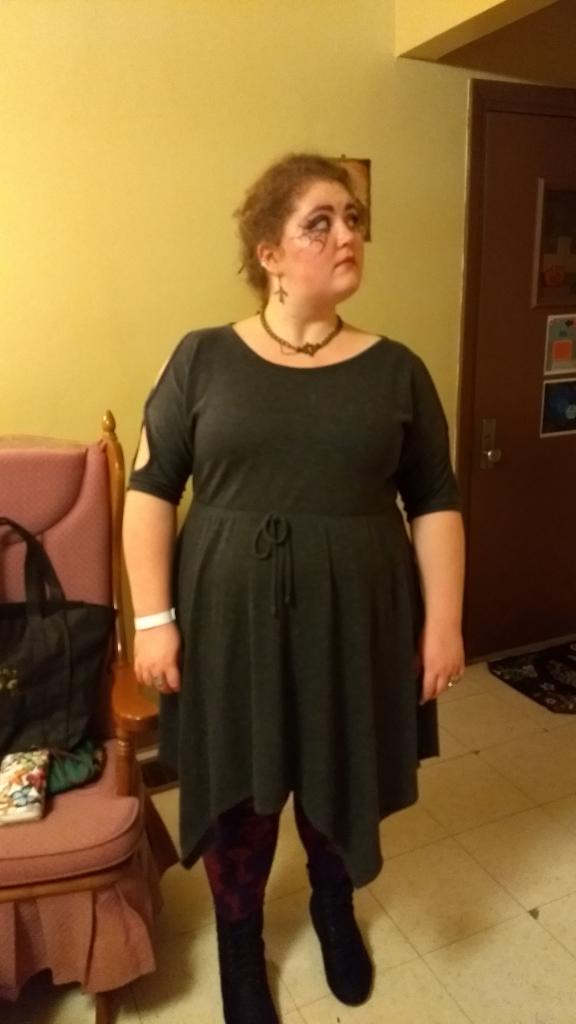 This year I wore the same dress, but the makeup was purple and less impressive. Half-hearted and hasty. The spiderweb was smudged. And my leggings were black. My shoes, simple blue keds. I didn’t bother with fake blood, either. Like many other women on our planet, I had real blood secretly seeping from my vagina that day. And that was quite enough blood for me.

The only picture I have of it is me surrounded by my students. I painted one of their faces to be a ¨calavera,¨ like the Mexican Day of the Dead. No glamorous selfies this year.

I feel like as soon as I stepped foot onto Spanish soil, my soul connected with the martyrs of the Inquisition. Yes, I know, the Church claimed they were witches and heretics. But did you know they were also Jews and healers? Joan of Arc, my patron, was also burned by the Church as a witch. When her side won the war, the same Church called her a martyr.

How big a difference is there, I wonder, between a witch and a martyr, if a woman can be burned as one and then lauded as the other?

So, I´ve been pondering witches. First, upon Jessica Mesman’s suggestion, I watched The Witch and found catharsis in horror for the first time. Then I watched The Haunting of Hill House, full of hauntings and of trauma. Witches may not be explicitly present, but their spirits are. Eventually I watched Netflix’s Sabrina, somewhat lighter fare, and yet full of questions probing into the problems of power and coercion in organized religion. (It´s about ¨The Church of Night,¨a coven of witches devoted to Satan. And yet, the high priest is eerily reminiscent of Mr. Blackwood, the cold and judgmental vicar in Jane Eyre, or even of certain Catholic priests in our past and our present.)

In Spanish, the word for witch is ¨bruja.¨ When I moved in with my new host family three weeks ago, my host mother (whom I love very deeply) jokingly told me she is ¨una bruja.¨ I responded that I am 93 years old, ¨una vieja bruja.¨ If you google a translation of ¨bruja,¨it will tell you:

This juxtaposition intrigues me all the more. We are witches. We are women. And in this world, women are broken.

I keep seeing articles pop up about how feminists are adopting the title of Witch for themselves. I have a small group of dear women writer friends who all refer to ourselves affectionately as crones, harkening back to even more ancient, more withered and eerie women. Recently, one of them shared a feminist-witch article with the rest of us.

A witch, after all, is a woman with power. She has the ability to heal, satisfying wellness types who like to gift potions of hyssop and mugwort, anise seed and bladder wrack . . . More than that, as the prophetic “weird sisters” of “Macbeth” make clear, she has the power to drive the plot.

That last part caught my attention. It’s the element that fans of our culture’s patriarchy will find most threatening. In The Witch movie from 2017, the witch was merely present, and that was enough. She appeared little, but her presence was constantly felt.

Witches ¨drive the plot¨ not for their beauty or attractiveness, but merely through their existence.

That’s the key. Despite our best efforts, the name ¨witch¨ has resisted our culture’s insistence that women merely sexualize ourselves, that we make everything female into something trendy, lovely, or seductive.

Regarding the ¨growing trend¨of witches, the author of article asks us, ¨How, though, to perform the trick of growing fashionable but not diminished?

Much has been said about the ongoing commercialization of feminism, but the symbol of the witch is perhaps not so easily corrupted, retaining both an earthiness and a hardness, one born of an instinct for self-preservation. Because whatever the nature of their abilities, women — often those already on the outside, such as the poor, the old and women of color — have a very real history of being accused of witchcraft and suffering greatly. “We are the granddaughters of the witches you weren’t able to burn,” read a sign at the 2017 Women’s March.

The thing that’s so fascinating to me about women now openly adopting the name Witch for themselves is that it subverts the perpetual imposition of beauty standards. And that is largely where its power lies.

Naomi Wolf’s Beauty Myth, a feminist class, explains that feminism has brought women far, but we still are still kept under control by the ¨beauty myth,¨ the ideas that women must be beautiful to be worthy. Even powerful female executives and incredible women athletes feel the need to present themselves are beautiful, as attractive, to somehow prove their femaleness and thei worthiness. Where the patriarchy has failed in its attempts to convince us we are lesser, it has succeeded in making us believe we must be beautiful to maintain our worth.

But the power of the beauty myth is slowly dying.

Now we call ourselves witches. Not sorceresses, not enchantresses. Not syrens. But witches. And despite our culture’s attempts to sexualize witches, it has failed. Yes, even I dressed as the ¨sexy witch¨ last year. But this year I realized how ridiculous such a concept is. The title Witch maintains the idea of ugliness. Of the warts on our noses. Not of sexiness, not of youth. But of womanhood, in all it’s bloody pain and power. As it is. 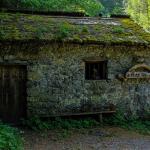 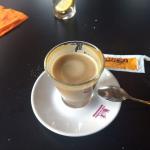