What Happens When The Magic Stops?

In my world I see magic happening every day. Right before my eyes. I’ve witnessed witches making life-long magic come alive again. I’ve seen new witches stepping into their own, powerful, delicious, painful, charged, incredible “I can’t believe this is really happening. What is this?” magic.

I can’t quite put my finger on when I stopped practicing my own magic exactly. I’ve gone back through emails and Facebook posts, I’ve replayed rituals and conversations over and over again in my head, but I just can’t find the moment when magic moved out and left a “Dear Gwion, it was you not me” letter on the mantle piece. 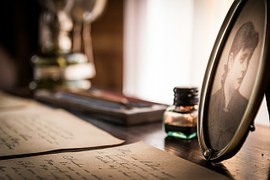 I can tell you how it happened for me though, or at least, what lead me to this specific moment and the decisions I’m making now. It’s the old “death by a thousand cuts” method and, I have to be really careful and gentle and honest with myself about how these cuts came about, because I might sound ungrateful and that is not at all how I feel. I’m going to say this another way, most of the damage has been self-inflicted. This is me and the story of how I stopped practicing magic.

“May The Gods Preserve The Craft” – See who is mentioned in that statement? The gods. No one asked me to save the Craft. The Craft doesn’t actually need saving and even if it did, I’m probably on the practice squad on the witchy equivalent of  the Wycombe Wanderers Football Club (U.S Translation: Rookie League Baseball, back up to the back up right fielder) and no one is looking for me to do anything.

Now, I’m not really arrogant or deluded enough to think that I was called to preserve anything for anyone but it’s hard not to get sucked into all of the discussion boards and chatter and internecine slaughter and side-taking and label-making and name calling. Some blog posts really do need a response and, damn it, I have a keyboard, so why not wade in to the soul sucking mire of Armchair Paganism but the reality, at least for me, is that at the end of the day arguing about how many gods can fit into a 1969 VW Beetle or whether Pagan should start with a capital “P” or a lower case “p” isn’t magic. And yes! I know that was an incredibly long sentence with atypical grammar, leaving the reader gasping for breath, but I’ve been gasping for breath for so, so, so long now. And that has had a huge impact on my relationship to magic.

“The Ministry of Magic” – If I were to imagine what it might be like to work for the MoM, I might conjure up scenes of grey cubicles and forms-in-triplicate and one of those ink pad and stampy things that were found in post offices and banks before electronic receipts were a thing. I could picture myself standing by the water cooler, swapping stories of how the other departments are screwing up the Lammas ritual and asking the likely suspects “just what was Beryl doing calling Inanna and Loki into the same ritual?” 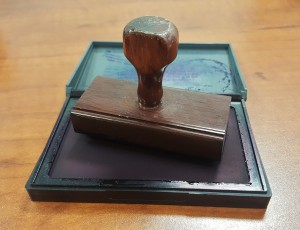 Meetings can be magical. Six meetings in five days can be stupendously magical. Organizing where to put the biodegradable glitter on the altar is absolutely part of making magic. And, and, and when did I join the “There are only six of us that administer everything in the entire witch universe and you now make it seven of us” club?

Of course, I’m not really the only person doing everything but it sure feels like Baba Yaga just dumped a big ol’ pile of seeds for me to sort through, except she disguised them as potlucks and she knows how much I despise a fucking potluck. Remember, I did this to myself and agreed to be on every freakin’ commitee and steering group and I wouldn’t trade all of the work I’ve done and will still do*, for one minute of rest. I would abso-fucking-lutely encourage any person to be as actively involved in their community as much as they can handle, even a bit more.

But what I forgot along the way was that meetings in and of themselves do not magic make. Magic that happens at those meetings, is made by the people that go to those meetings, when they align themselves with something else too – namely the magic that brought them together in the first place.

The rest is shuffling papers and cleaning up the potluck dishes. And I spend way too much time doing the dishes. My pruney dish-pan hands aren’t good for doing personal magic anymore and when I found that pot of burned sticky rice hiding under a dish towel that you left there for me to find, it just broke my gods damned heart and I bled out all of the magic I had left in me. 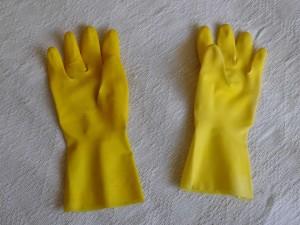 Somewhere a few hundreds words ago I wrote “I practiced magic and then I stopped.” Very, very, very fortunately I didn’t write “I stopped believing in magic.” I do, in fact, I rely on it to survive. And so I know that I can start practicing again. Really practicing. Actually doing magic for myself not just going through the motions.

When it comes to magic right now, I am hurting. I feel tender and bruised and wobbly. I’m reminded of the time I stood naked in a vineyard under a spectacular, September moon, and cried in the arms of a dear friend. I said “I’m not sure if I can finish this” and she answered, “and you might not.” I did finish it, (“it being a huge piece of magical work I’d been working on for about three years, not the Stephen King book of the same name) and in that finishing I learned that sometimes I don’t need to know the answer. I don’t have to know the spell. I can rewrite the lines from the Spoils of Annwn to read –

I am young (Remember being full of wonder?)

I am Gwion (Before the Awen came, I was just an innocent boy with few job prospects and nothing but my balls to keep)

I practiced magic and then I stopped. It feels like it has been months. I am empty. I am tired. And I am looking at the tools in my magical cabinet the same way I look at the weeds in the garden; I know I need to get out there and do the work, but I’m just not sure I have it in me right now and surely Season Three of Newsroom is now available on Amazon and I could just watch that instead.

Today I started again. My magic. Small magic. Just for me. 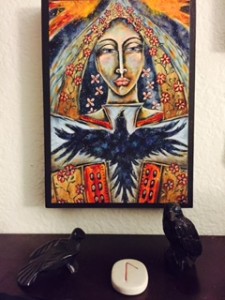 *I am grateful to be a busy witch. I am ready and I am wiling and I am able to make magic in the places I have committed to make magic.

Note: I found this great picture of a broken cauldron and it appears to come from this 2011 blog. I can’t quite read who took the picture but it looks like “cat in the moon”. Here’s a link to where I found it – http://catinthepumpkinmoon.blogspot.com/2011_06_01_archive.html 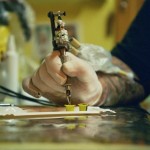 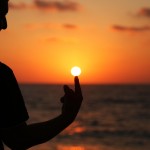 June 16, 2016 Summer Solstice -I Want To Stand In The Sun
Recent Comments
0 | Leave a Comment
Browse Our Archives
Related posts from The Witches Next Door