60 A.D – Not a particularly good year if you were living in Britain and were not Roman.

1066 A.D – A fantastically terrible year, especially if your name was “Harold” and you started the year with two eyes and a kingdom.

1346 A.D  – Historians would later cite “What a spectacularly shite year. Who knew twelve Genoese ships could do so much damage?”

2016 A.D – The Annuls of History decided that 2016 was a total and complete travesty and so all six billion people on the planet agreed that we would be better off if the whole year was stricken from the record and not talked about ever again. Just like that time uncle Dave drank too much sherry and “The Incident” happened with the neighbour, and the dog and the missing turkey baster.

So the two of us sat down over dinner one night to write our 2016 review, looking for the highlights. It became apparent, all too quickly, that we’d need to dig a little deeper. After a few hopeful but ultimately fruitless starts, we enlisted the help of chocolate and then hastily moved on to more adult vices with the hope of jogging some memory of “highlight”. Here’s what we came up with.

Our Favourite Blog Posts of 2016

Gwion: To be quite frank, there are a few writers whose work I just love to read. Pretty much anything they post has me questioning why I write and often results in me chasing off on a wild hunt, tracking down a new piece of information they’ve casually dropped into their article. My favourite blog this year is a “two-fer”. The comments from blog one, created the need for blog post two. Both are equally brilliant for their no nonsense, unabashed, straightforward “look, this is just how it is”ness. Thorn Mooney, I bow to the greatness of Oathbound.

What if I get my period in a skyclad circle?

Phoenix: There has been a lot of memes and internet hilarity about feminism this year. It might be a joke, but there is a lot of truth in jokes. Things like the vagenda of manocide and adorable tee-shirts with “smash the patriarchy” written on them make me feel all warm and fuzzy inside. These reasons are why Baba Yaga’s Guide to Feminism is my vote for the best blog post of the year. Not only is this blog amazing and funny, but there is truth in it’s patriarchy smashing realness. And for anyone who loves Baba Yaga (and I do), you can totally hear her saying all of the things written here. Check it out, you will be happy you did. 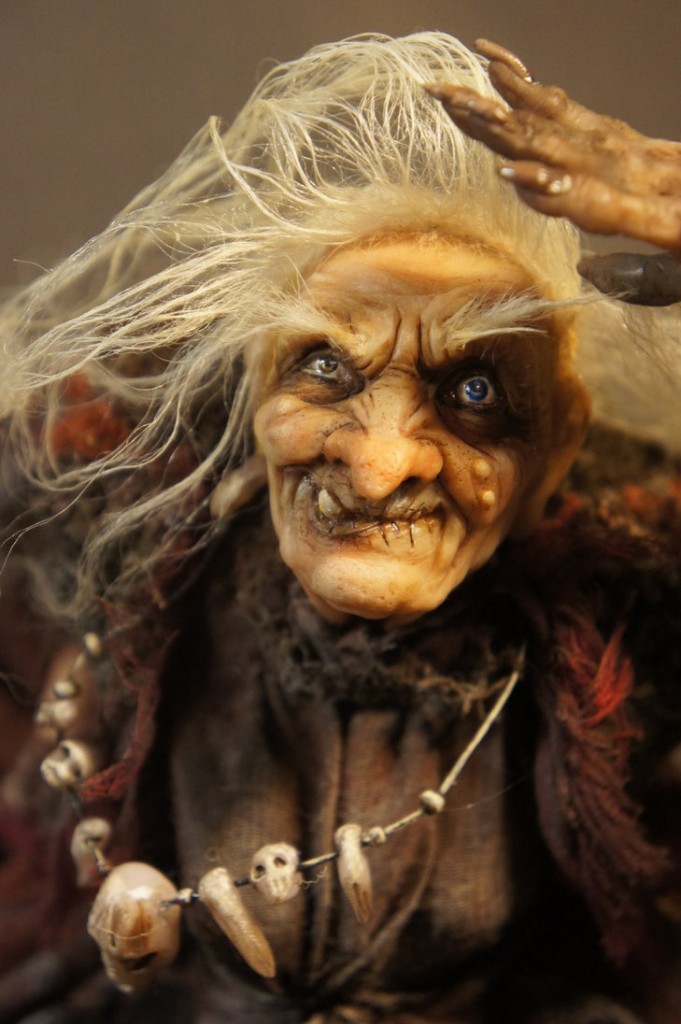 Our Favourite Pagan Event of 2016

Phoenix: Hexenfest. I mean music, magic, witches, lots of block clothes, and Isis Oasis; what’s not to love. This year Hexenfest was a full weekend retreat located practically down the street from me! Not only did I get to attend this weekend of magic, but my shop Milk & Honey was a vendor. Stepping out into the vending game is a new venture and it was so much fun! Hexenfest is an event born from Bay Area artists who create and celebrate magic and mystery in the Arts. The founder of this event believes that a culture’s art is both shaped by, and a shaper of, the identity of its people and therefore, believe that a connection to the arts is vital in Neopaganism. Sounds good to me!

Gwion: The Dionysus Ritual at Many Gods West was an inspired piece devotional ecstasy that, I’m quite sure, resulted in a great deal of private debauchery that would make a god blush. Jason Mankey coordinated the ritual, but the moment that captured my heart belonged to Ari Mankey, who rarely seeks the spotlight but is a force of nature in her own right. There she was, standing as the goddess herself, speaking with each ritual participant in what seemed to be a never ending receiving line. I usually dislike the practice of Drawing Down or Aspecting in ritual as it can be so easily about the ego of the person in aspect, rather than the will of the gods being invoked. However, Ari and the goddess were one and the effect was sublime.

Our Personal Highlight of 2016

Gwion: In a year when one of my top blogs was about Depression – Inside and Out, it’s been a mighty challenge to find a highlight. And as it turns out, it’s a private thing. For someone that shares practically everything about my Pagan experience, there’s a story I haven’t told…and I won’t tell it here in it’s entirety. It’s enough to say that I’m in a coven for the first time in many years and that the people in that coven are so dear to me. Our time together is exquisite.

Phoenix: This is so hard. In reality there were several things that I could point to as personal highlights, but the rough bits of this year (at least in this moment) feel like they outweigh any personal triumph. However, the shite year is what it is and I’m supposed to be bringing some sunshine into the world or something, so here goes. Earlier this year my dear friend, Elvyra Love, and I started a radio show podcast. It’s called The Witch, the Priestess, and the Cauldron. Our show is live (almost) every Friday at 6pm Pacific time. We talk about all things witchy and it is a joy to do. I feel very blessed to have this platform to share more with the world.

So 2016 was a real pigs arse. So many (s)heroes gone. So much division. So much disappointment. We heartily bid a farewell to 2016 and look forward to whatever is in store for 2017.

May we all be blessed with rest, comfort, ease and joy! 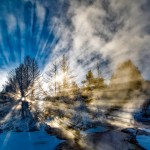 December 17, 2016
Winter Solstice - Return Of The Light
Next Post 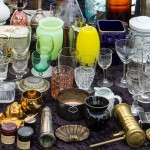 January 3, 2017 An Old Tradition For The New Year
Recent Comments
0 | Leave a Comment
"I haven't bothered with a circle in years and haven't suffered for it. I personally ..."
Meredith Everwhite Casting a Circle – Not Just ..."
"I see the same thing happen to people who have assumed Deity."
Woods Wizard The Perils of a Magickal Hangover
"Thank you."
Gwion Depression – Inside And Out
"Could cast the circle to cover geographic area or treat the call like a closed ..."
Tree Casting a Circle – Not Just ..."
Browse Our Archives
get the latest updates from
The Witches Next Door
and the Patheos
Pagan
Channel
POPULAR AT PATHEOS Pagan
1

What It Means To Put Your...
John Beckett
Related posts from The Witches Next Door