A Case For Anger And Magic

Anger. Seething, frothing, steam coming out of the ears like an old time cartoon character, whose head turns into a boiling kettle, kind of Anger. Ever felt that? Feeling it now? My guess is that somewhere along the line, you’ve been told by a parent, a teacher, a mentor or a spiritual adviser that anger won’t really serve you or your community. Yes, much of the time, that’s probably great advice, but not always. There’s a case for anger. And perhaps, anger can teach us something about our witchcraft that is ever so important.

Some Pagan thinking (maybe borrowing from the New Age movement), often frames “negative” emotions as if they should be banished and sent away without notice. There’s a tendency to sweep problematic emotions under the rug and smile and sit in the warmth of the sunshine. When did witchcraft begin including this fantasy that an evolution of the spirit means we walk perpetually in the light, espousing a never ending stream of positive affirmations, in a constant state of magical bliss? Well, sorry to tell you, but witchcraft was not born out of the need to make nice with the new neighbors. Witchcraft was and is the practice of making things happen.

John Halstead made a lot of people angry recently with his postings about contract negotiations at Patheos. Folks voiced anger in support of and against his positions. John is quite adept at making people angry. It might be the best witchcraft he does. But you know what? He pointed out a few home truths that got people riled up and real change came out of that.

The anger that John and others, myself included, harnessed and even promoted, became the action of reviewing a contract. That lead to each writer’s decision to stay or go. In turn, a new Pagan Bloggers site is being created by and for Pagans. Anger did that. And although I might have preferred pursuing things more cordially, I think the results were worth much of acrimony.

To Bind or not to Bind

Open up the social media site of your choice and within a click or two, I’ll bet you’ll find a raging argument about a recent, well publicized binding spell. Two more clicks and you’ll be embroiled in a teeth and claws bared “discussion” about hexing and cursing and who does or does not do it. There’s plenty of anger on all sides of the issue. Here’s a thing to consider – The folks that chose to engage in hexing and cursing did that thing. They weighed their own magical and personal ethics and said “Yep! I’m in.” The folks that found themselves queasy at the prospect of doing that kind of magical work, did not do that thing. Folks that looked at the binding spell and thought “Yikes! That’s a crappy piece of magic” may have chosen to engage anyway, abstain altogether, or rewrite the spell and do it their own way. All of that makes for effective witchcraft.

Regardless of why folks were angry and at whom, that anger moved them to some kind of action. They did the spell. They called their Congresswoman. They unfriended and friended and commented and counter-commented. My guess is that people learned through all of this, that cursing work is not for them, or it is for them. I know where my boundaries are (and were) and I now know where lots of other people’s lines in the sand are too. That’s a good thing right?  Was the discussion always pleasant? Nope. Is the climate and civility of public and political discourse at an all time low? Probably. Are pissed off people now encouraging their covens or traditions or friends to do something about it in a way that is in alignment with their beliefs? You betcha. So out of the anger, something grew. All of that makes for effective witchcraft.

Look, being human means feeling all the feelings. We get to experience them and express them. Sometimes they come out really well and all healthy like, other times it resembles spewing vomit from a fire hose. And I’m not advocating wholesale anger without recognizing that there are consequences to expressing one’s anger. The question is, can I allow that anger to burn and then fuel my behavior and thus, move me toward change?

These emotions are often the entry point into something much deeper. Anger has stories to tell me and bids me to ask questions. What is under that anger? Is my anger valid or is it my temper? If it’s a righteous anger, does it spurn me on to fight injustice or stand up for something I believe in. Well then I say, let that anger burn.

The “love and light” lie  says that we can banish negative emotions with the wave of a wand. These emotions have roots in our emotional landscape. There is a reason that we feel them. It’s not only impossible to get rid of them, it’s just not a good idea. It’s better to stand tall, openhearted and feel those big feels. We gain power when we express what’s lurking inside, just below the surface. and tapping into our anger powers our witchcraft.

Personally, I’m done being nice. I’m totally over pretending that I don’t get angry. I won’t ignore my feelings. It’s time to revel in them for a bit and feel the burn. I am feeling the totality of their power and I am using it to grow as an effective magic worker.

Some notes: When we write an article together we tend to stay away from “I” phrases, so our readers know that it’s “The Witches Next Door” speaking. Other times we’ll note who the author of the piece is, if it’s more personal or only specific to one of us. This post is a bit of an anomaly in that it reads like one of wrote this. But for once, we’re in almost total agreement and so left the “I” statements in there. 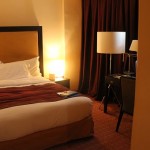 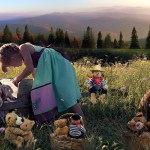 March 2, 2017 Children And Pagan Rituals - Get Down On Your Knees And Play
Recent Comments
0 | Leave a Comment
"Holy cow, this is exactly how I read. Thank you for putting it in such ..."
Saorni Learning to Read Tarot
"Other people's correspondences for colors etc. are useless aside from placebo effect, unless and until ..."
Daniel Davison Witchcraft Done Wrong
"I like your idea of putting colors on an altar space, never thought of that ..."
Lily the Seeker Discovering Your Spiritual Allies
"For some of us, our "pets" are more family than our blood relations. I'm one ..."
Kyllein MacKellerann Samhain and Beloved Pets
Browse Our Archives
Related posts from The Witches Next Door