Myths To Live By: Collaborating With Cerridwen

Myths To Live By: Collaborating With Cerridwen May 27, 2019 Gwion Raven

I adore the histories and myths of the British Isles. I couldn’t exactly say when the fascination started, but growing up in England afforded me endless opportunities to visit crumbling castles and long-forgotten towers. The woods I played in were visited by the armies of Boudicca and Julius Caesar. In later ages, knights and highwaymen plied their trades there. A ruined abbey stood silent testament to the competing powers of Church and State. For an imaginative young boy, it wasn’t much of a stretch to envision myself as a wizard, or a king, or a prince of some faery realm, battling giants or witches or Romans. In such a landscape, history and myth have a habit of blending together.

Of course, not so deeply buried in the histories and the tales was a code of conduct; that great patriarchal burden of growing up, becoming a man, strapping on my sword and defending my wife and daughters from marauding Vikings or the evil forces of Annwyn. Without question it would be my job to protect and provide, to sacrifice a limb or two battling a dragon that was toddling off with the nearest virgin. My heroics and deeds of derring do would be recorded in the Annuls of Manhood and the women under my aegis would be grateful and adoring and doting for all my days.

Many myths seem to follow the themes of ‘she’s mine. I’ll take her. Who can I kill?’ or conversely, ‘She was yours. I took her. I don’t care that you want her back. Who can I kill?’ Many times, and for good reasons, myths portray men as perpetrators. More often than not, their nefarious deeds are squarely directed at women.

As it turns out, much of history tells a different tale indeed. It’s far less romantic and there’s a significant absence of giants that need slaying. History has a lot to do with land disputes and marrying off children and violating those with whom you disagree in the most egregious and despicable ways. Often, one could get away with mistreating just about anyone simply because you were bigger and stronger or could pay people that were bigger and stronger to do those horrible things for you. History shows us again and again that a penis, combined with privilege, equals power.

Fast forward to today. I’m a Pagan man practicing in traditions honouring goddesses, gods, all gender godds, no gender godds, and no godds. I love his and yet, it’s not without its challenges. As I delve into the mystery of it all, there are constant reminders that men frequently take and abuse and wield privilege explicitly and implicitly. The very myths I hold so dear are filled with the kinds of men I do not want to be and I certainly don’t want the people in my life exposed to.

In the circles I travel in there are frequent conversations about rape culture, entitlement, unfairness, and a system so ingrained with privilege that the privileged can’t even comprehend of a way that it could be different and see no reason to explore anything else. Those conversations need to happen, but they are far from comfortable.

And that brings me to Cerridwen, because everything you’ve read so far would naturally lead you to think that I was going to talk about the mother of all mothers in Welsh mythology.

Cerrdiwen: The Perfect Myth For Me

Cerridwen is married. We don’t know much of anything about her husband, Tegid Foel. There’s nothing in the scant remaining materials that points to Cerridwen being bought and sold into marriage. The story simply says that Cerridwen and Tegid were married. Cerridwen has two children she loves. Again, the myths don’t leave us any clues the suggest the circumstances of the children’s conception. She and her husband are confident their daughter’s life will be fine, while facing the reality that their son’s life will be full of challenges. There’s no mention that a powerful magician cast a spell on Cerridwen’s son. There’s no plot twist that says the spell can be lifted is Cerridwen sleeps with him. The story tells us of two parents and the extraordinary lengths they will undertake to make their son’s life easier. Cerridwen needs to take a year off to make a magical brew. Tegid says “Go on flower, I’ll take care of the home front”.

Along the way, Cerridwen enlists the help of two other male characters, a blind man and a boy. Their job is to support Cerridwen while she works. Morda, the blind man keeps the fire going. Gwion Bach’s chore is to stir the cauldron and mix the brew that is bubbling away inside it. Their work is simple. Their work is not heroic. They do not slay dragons or Vikings. They work with Cerridwen and do not conspire against her.

Why This Myth Speaks To Me

This myth has always resonated with me. With a name like Gwion, you’d expect that I suppose. This is not the story of a handsome prince rescuing anyone. It isn’t the story of a women battling against a corrupt, misogynistic king. This wonderful tale points to a different world view altogether. It is a myth that fuels all my daily practices. It is the tale of parents, partners, a witch, and an initiator. The tale reminds me that there is a place for me, a simple enough ordinary Pagan man.

Cerridwen says ‘Do your work. Stir the cauldron. Answer your emails. Mow the lawn. Practice magic. Support your partner’s efforts’. Cerridwen rushes at me and yells ‘Life will change unexpectedly. One minute you’ll be sitting on the ground with a blind man, and the next you’ll be running for your life. You might find yourself swimming in a river of self-doubt, barely able to breath. At a moment’s notice all your carefully reasoned plans will be swept up into the sky and scattered by the wind. This is the way of it. Get used to it. Know that I’ll be right behind you urging you through it, demanding that you change.’

Gwion, standing in the magnificent and terrible presence of the enraged mother witch, adapts. He changes. He transforms. Gwion begins to see the world from her perspective and, eventually, after spending time enmeshed in the very fibers of the universe she created, he comes to understanding.

A Myth To Live By

This is a myth I can build my entire Pagan worldview around. I can listen to all the Cerridwens in my life. I can hear their stories. Like Gwion Bach, I can transform and adapt and learn and listen and value the lessons that are put before me. If I do this work, I might just come to understanding. Standing in the place between the worlds of what has been and what is emerging, I can help write a new myth. A myth that shows men as collaborators and co-creators and nurturers and champions of support and equality.

As it happens, there are rarely any damsels in distress in need of me charging in to save the day. Most of them know very well how to take care of themselves without any help from me. The Romans and the Vikings tend not to pose the problems they once did. So I think it’s time to put down the sword and leave the forest to the heroes of yore behind.

Perhaps it’s time to stoke the fire, stir the cauldron, and write a new story. 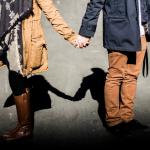 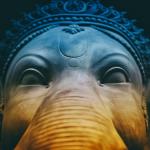 June 11, 2019 Working with Deities
Recent Comments
0 | Leave a Comment
Browse Our Archives
get the latest updates from
The Witches Next Door
and the Patheos
Pagan
Channel
POPULAR AT PATHEOS Pagan
1