I’m blessed to be a part of several Witchy/Pagan communities. These communities inspire my personal practice and serve as a foundation of how I show up in the world. The different traditions I’m dedicated to inform who I am as a Witch and a Pagan. And sometimes these communities suck up my energy, create conflict in my life, and leave me questioning why the hell am I a part of this community anyway? Is community worth dealing with Witch drama?

But then something happens and I find my love recharged. It feels as if I was sweltering alone in a stuffy room and someone opened up a window to let in a cool breeze. It’s like taking a hot shower after camping for a week. And for me, it’s also a little bit like the Grinch when his heart grew three sizes. At least that’s how I’m feeling right now.

Over eighty Witches gathered to make magick together. They brought all of their imperfections, their fears, their doubts, and most importantly their open hearts. These beautiful Witches came together because they believe that creating ritual with other Witches can change the world. And they’ve got me believing in all of that again too. Sigils were made, songs were crafted in the moment, hugs were exchanged, and people opened their vulnerable hearts to the power and spirit of community.

It is easy to get caught up in the bull shit – the Witch drama – when it comes to being in community. Relationships are tricky and sometimes really hard. People can be total jerks, projection is real, bad behavior is a problem, and complicated personal dynamics are – well – complicated. But there is nothing as soul soothing as being with a group of Witches that want to make magick together for the greater good. The reciprocated love of a community that you have spent decades in relationship with is a balm for the soul.

Stepping into the power of community love is a potent reminder that it is worth it. All of the heart ache, frustration, and inter-personal dynamics are all totally worth it. 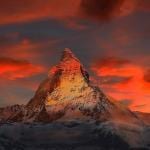 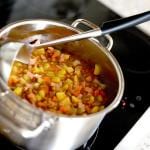