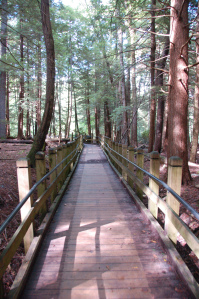 I want Barack Obama to continue as our president for the next four years.  “Oh, my goodness, I am SO SHOCKED to hear this!” said no one who has met me ever.

Reasons range from shallow to profound, and from micro-specific to enormously broad.  Let’s start with the obvious.

1.  Obama is a friend of groups who have historically been ignored, dismissed, abused and refused basic rights of equality.

2.  Obama has stopped the economic bleeding for many (not all) segments of the population.

3.  Obama has a calm, assured and proven foreign policy.

Please don’t get me wrong.  I don’t delude myself into thinking he is the messiah or hasn’t made colossal blunders.  Operation Fast and Furious was awful in that it put weapons in the hands of arms traffickers – some of which have been used against Americans.  I’m not ready to say his handling of the Benghazi attack was a blunder or involved a cover-up, but I recognize the possibility that with time evidence might support that analysis (I really think it’s too soon to tell.)  Let’s not talk about his performance in the first debate.  I realize many of the jobs created are part-time jobs with few or no benefits.  I know under his administration the number of people on food stamps has risen instead of dropped.  I get it.

When I compare his record, however, to Romney’s history and his proposals for our future, I have no question that he is the right choice for the job.

1.  Romney said, and I really think he believes, that people who pay no income tax are parasites and victims.  Never mind his protests to the contrary after the infamous 47% video was revealed.  That he said it AT ALL is profoundly troubling, and I feel it reflects a disdain for half the population that is not only unfair and unfounded, but borders on perverse.

2.  The New York Times wrote a fascinating article about Romney’s management style.  I thought there were many things in the article that humanized him – even managed to muster up a sense of empathy in me for him.  He’s described as conflict-avoidant (many of us are), socratic (wades into details, loves to debate), and fiercely loyal, as represented in a quote I love:  “As head of the private equity firm Bain Capital, he was so uncomfortable cutting loose struggling employees that a legend grew: executives sent in to his office to be fired emerged thinking they had been promoted.”  (Of course, he had no problem firing people he’d never met or had any relationship with…) Yet the very things that humanize him in this article also make me think he’d not be an effective president.  Loyalty is great, but an inability to fire people who aren’t getting the job done could weaken his administration.  Avoiding conflict is understandable, but the Oval Office isn’t exactly a conflict-free zone.  And these two qualities have played themselves out in his campaign with his refusal to reveal details about his tax policies, his inability to separate himself from the crazies in his party, and his saying whatever his audience needs to hear, regardless if it contradicts previous stances of his.  Doesn’t bode well, in my opinion.

3.  Romney has a need to privatize things that borders on pathological.  Consider his stance on FEMA – many agree it’s an agency greatly in need of overhaul.  Some (including me) even see the potential virtue in having responses to disaster be controlled by the individual states.  Romney?  He wants it to be privatized.  Does he think there is ANYTHING the government does that should not be morphed into a for-profit venture???

4.  He is incapable or unwilling of separating himself from the nut jobs.  He continues to support Richard Mourdock for office.  (To paraphrase Jon Stewart, “Yeah, we disagree on rape and incest, but…meh?  Not a deal breaker!”)  He chose a running mate whose stances on reproductive rights are so extreme, women are essentially reduced to incubators, and microscopic clumps of cells have more freedom than do their mothers.  His stance on gay marriage is medieval and absurd.  While he used to be considered a moderate, and is contorting his candidacy now to appear like one again, he is catering and pandering to the parts of his party who are driving out any moderate Republican voices.  And they DO exist – moderate Republicans.  There are thinking, compassionate, strong Republicans who no longer feel they have a place in their party.  Think Olympia Snowe.  Think Richard Lugar – the candidate for Congress who LOST to Mourdock in the primaries.  Very, very bad to lose these voices, people.

There are so many more reasons I support Obama and reject Romney.  I’m sure many of you can come up with as many reasons why you feel the opposite way.  Here’s what I ask myself, though, when I step back and take the larger view into account.  Between the two candidates, who is more likely to want to compromise?  Who is more likely to WANT to work in a bipartisan way?  Because that’s how things get done.  The Republican leadership’s stated refusal to allow Obama to accomplish anything at all is embarrassing.  Yet Obama manages to walk the line of true governing by standing firmly in the center, angering people on both sides – conservatives AND liberals.  Extreme conservatives think he’s doing too much, extreme liberals think he’s not doing enough.  Oddly enough, that tells me he is doing something right.

November 2, 2012 Who's THAT guy?
Recent Comments
0 | Leave a Comment
"No thanks, bible beaters. Keep it to yourselves."
The Darling Kinkshamer Sweet Baby Jesus Frog
"Meh. I don't have a problem with them. I DO tend to go to one ..."
Sami Sweet Baby Jesus Frog
"OK, put on your adult cloths... come on, pull up those pants and realize it's ..."
johnokeefe Nationwide Needs to Apologize
"It strikes me as part of the larger -- and growing -- tendency for the ..."
kesmarn Nationwide Needs to Apologize
Browse Our Archives
get the latest from
Best of Patheos
Sign up for our newsletter
POPULAR AT PATHEOS Jewish
1