Our friend and neighbor John Beckett recently wrote about how the Gods are like apples:

In our current discussions about the nature of the Gods, our various conceptions of Them, and our often heated disagreements surrounding Them, I think a metaphor will be helpful. The Gods are like apples. Apples are beautiful and nourishing. Apples are many and varied. Apples are different sizes, different colors, and different flavors. They grow on different trees in different lands. There is a certain “appleness” about all of them – we intuitively recognize that a Granny Smith and a Gala and a Red Delicious are all apples and that oranges and pears are not. Each apple is an individual – all apples are not the same kind of apple, much less one Apple.

And our friend and neighbor John Halstead pointed out that “from a rhetorical perspective, metaphors are always problematic”, asking, “How Do You Like Them Apples?”

Both these good gentlemen have a corner of the truth. But it falls to me to reveal the rest of the story. You see, here’s the Erisian fact of the matter: the gods are like golden apples.

Let’s have a brief refresher for those who don’t recall the story. According to the “official” version, as it comes down to us through Hyginus’s Fabulae,
[Pseudo-]Apollodorus’s Library (Epitome), and Lucian’s Dialogues of the Gods, almost all the Olympian gods and goddesses were invited to the wedding of Peleus and Thetis — the couple who would later be parents to Achilles. But Zeus left Eris, that no-good troublemaker, off of the guest list. In revenge Eris took a golden apple, wrote on it “For The Fairest” (the Greek version of which is usually said to be “Kallisti” or some variant) and tossed it into the wedding feast.

Hera, Athena, and Aphrodite each insisted that they were the fairest and entitled to the prize, and a great row ensued. Zeus wanted no part of the argument so he had Hermes take the disputants to the mortal Paris Alexander and commanded him to act as judge in this divine beauty contest. The three goddesses each tried to bribe Paris in his famous Judgment: Hera promised that if he awarded her the prize she would make him a great and wealthy ruler, Athena promised to make him a great warrior and skilled in every craft, and Aphrodite promised him Helen of Troy, most beautiful of mortal women, as his wife.

Well, we all know that sex sells; Paris decided in Aphrodite’s favor. And the small difficulty that Helen was already married to Menelaus led to the Trojan War. That didn’t end well for Paris, who was killed in the war.

But a few years ago, I was vouchsafed some unconfirmed personal gnosis that pointed out that this version of the story makes no sense.

First, a golden apple is no trinket. You don’t just pop over to the produce aisle of your local supermarket and pick one up. Retrieving a golden apple was the penultimate labor of Heracles, and it was not a trivial task. According to Apollodorus:

These apples were not, as some have said, in Libya, but on Atlas among the Hyperboreans. They were presented [by Earth] to Zeus after his marriage with Hera, and guarded by an immortal dragon with a hundred heads, offspring of Typhon and Echidna, which spoke with many and divers sorts of voices. With it the Hesperides also were on guard, to wit, Aegle, Erythia, Hesperia, and Arethusa.

But we’re asked to believe that Eris repeated one of the greatest feats of Heracles in order to pull off a prank? I don’t think so.

Second, Eris gets the blame in the official version. But it’s Hera, Athena, and Aphrodite who not only each egotistically assert that they are the fairest, but each attempt to cheat in the beauty contest. If Eris did have any malicious intent, it was manifested only by the misbehavior of these three goddesses. (I trust that in the millennia since these three have matured and mended their ways and will not smite me for making an obvious point about an old and well-known tale.)

But finally and most damning, recall that the occasion for the presentation of the Golden Apple was a wedding feast. Now, who is the fairest at any wedding? It is none of the guests, it is none of the bridesmaids, nor the mother of the bride or groom. In ancient Greece or in modern times, the bride is inarguably The Fairest on the day and at the place of her wedding. It takes only a moment’s reflection to see that the golden apple rightly belonged to Thetis.

So consider instead this narrative: plain-spoken and honest Eris was once again out of Zeus’s favor, probably for daring to speak truth to power. As punishment Zeus refused her admission to the wedding, the social event of the season. But Eris bore no grudge! At considerable inconvenience she obtained a valuable wedding present, and — not being able to enter the feast — left it plainly and complementarily labeled. The rest is up to the flaws of ego and short-sighted desire all too common to both mortals and immortals.

So what does this metaphor tell us about the gods and goddesses and our experiences with them?

An experience of the deities is like the golden apple. It is something that can be gifted to any of us at our special appointed times. It will be claimed by others who say they are more worthy. (See also the attempt by Mara to claim the “seat” of enlightenment over the Buddha.) When combined with ego, it will cause strife. Its simple and clear message will be twisted. The innocent will be blamed and the powerful will continue in power regardless of their misdeeds. Bribery can work to get one’s way but accepting a bribe does not bring lasting satisfaction.

And yet…it is still a beautiful thing, that can bring out the fairest in each of us.

It’s still rough around the edges but I’ve created a Patreon page for this blog. Please consider supporting me with a pledge. There’s a special gift for the first 20 people to do so — be the first on your block! 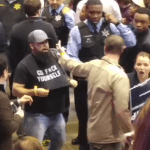 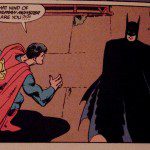