I live where I do in part because of Historic Ellicott City. I fell a little bit in love with the place when I found it by accident in 1987, after getting off the highway looking for a garage to deal with the alternator light that has suddenly blinked on in my car. (Those pre-cell-phone days, when one might wander for a while in an unfamiliar area in search of what one needed.) When I was house shopping decades later and realized the place I now call home was only a few miles from that little historic village, it helped seal the deal.

Ellicott City and the surrounding area was, in one author’s words, the “cradle of the Industrial Revolution in Maryland”, due to the water power available from the Patapsco plus its location along the road to the major port of Baltimore. This industrial pioneering made it home to the one end the first section of commercial railroad in the US, now the site of a small museum. But the area is also home to Maryland’s first state park, instituted after people finally re-learned that clear-cutting the trees led to silting of the river. And the rugged terrain always helped keep things from getting too developed around here.

So there’s an interesting mix of the industrial and the natural in the energy of the land, which I guess is one of the things that appeals to me.

I’ve spent many an afternoon or evening eating or drinking in cafes and bars in Historic Ellicott City. I’ve played music in the bars there and in the old theatre, long closed, and on stage at the Fall Festival. I did healing work and taught at The Well, a wellness center in an old converted garage. A significant part of Why Buddha Touched the Earth was written in Sara and Desmond’s Cafe, in both of its late lamented incarnations. Every Yule I do most of my holiday shopping along Main Street.

I’ve written before about the magic of this river valley, about its sense of place and genius loci; and I wondered recently about “stressed-out land wight[s]” and “irritable kami” as the land undergoes rapid, anthropogenic change.

One of those stressed-out land wights reached out Saturday night and destroyed Ellicott City.

The flooding has been described as a once in a millennium event, with six and a half inches of rain falling in two hours.

We got a bit less rain here at my Secret Headquarters, two miles away on the other side of the river, though there were still four or five inches in the recycling bin I’d left outside. But also I’m near the top of the river valley and, knock wood, somewhat safe from flooding.

Ellicott City’s historic district, though, had not only the Patapsco but the Tiber River to deal with. The Tiber is a tributary of the Patapsco that roughly parallels Main Street as it runs downhill, actually running under some buildings. It’s usually little more than a stream that in dry times you could walk across without getting your knees wet, but five years ago it showed its might, smacking Main Street with several feet of water in the wake of a tropical storm. That was the worst flooding in memory. It made some people talk about flood mitigation plans, but, well. That would be expensive and inconvenient for developers.

But on Saturday, with no warning or prelude the sky tore open and dumped two months worth of rain in two hours. The Tiber rose 12 or 15 feet, sweeping cars along and shattering the road itself. At the bottom of the hill the Patapsco itself rose up 14 feet to overflow its banks and tear the steel railings off the bridge that crosses it.

The damage is still being assessed, but twenty to thirty buildings along Main Street are said to have significant damage and four or five to be completely destroyed. At least two people were killed; rumor is that several others are still unaccounted for. Over 100 cars were damaged, most of them probably totaled. Photos show the street itself torn up in square-yard sections. (It’s a weirdness that I can share those photos on Facebook or Twitter, but doing so here might cause a copyright suit and the Patheos management is very conscious about that. Sorry.)

Hydrologist Jason Elliot said of the extreme rain, “We were in an extremely moist air mass leading up to this…[e]very bit of moisture there was to wring out of the atmosphere after this heat wave we’ve had all came out mainly over that one hour.”

Mentioning that heat wave immediate brings up thoughts of climate change. We know the planet is getting hotter and making extremes of weather more common, and that this is being caused in significant part by human activity. So these 1-in-1,000 years events are starting to happen much more often.

But it’s difficult to attribute any one storm or weather event to climate change. Climate change is a statistical thing, it makes it more likely that we’ll see severe weather but one can never say for sure that a specific incident wouldn’t have occurred if we hadn’t put all this methane and fossil CO2 into the air. Bad storms did happen before the Industrial Revolution, after all.

But what happens once the rain falls on the ground is something that we can often attribute to human activity. The “development”, so called, of land into housing, stores, offices, roads, parking lots, and so on, usually means covering the ground with concrete or asphalt, making it impervious to rain and causing forceful run-off. Just a few months ago, the Historic Ellicott City Flood Workgroup issued a report which found:

In the Lower Patapsco watershed, the Tiber-Hudson subwatershed had 27.7% impervious cover in 2006, which made it the second most impervious of the eleven subwatersheds….Efforts should be made to return developed space to the natural environment where possible. Efforts should be made to protect and preserve the existing green and forested areas in the watershed. Where development must take place, it should be under the requirement of making no adverse impact on the environment.

This idea of undeveloping land, of course, is not exactly in keeping with our culture’s usual relationship with land, which treats it as “property” that one might “own” in the same sense that one owns a garment or a hammer or a guitar.

But if we continue to hold to that model, more disasters like the one that befell Ellicott City are the sure result.

The great physicist Richard Feynman, writing about the Challenger disaster, famously said “For a successful technology, reality must take precedence over public relations, for Nature cannot be fooled.” In a similar vein we might say, “For a successful civilization, reality must take precedence over short-term financial gain, for the land spirits cannot be fooled.”

The Ellicott City Partnership is taking donations to assist merchants and residents with flood recovery at www.helpellicottcity.com.

I’ll be presenting at the Lovelight Yoga+Arts Festival August 26-28 in Darlington, Maryland. 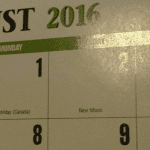 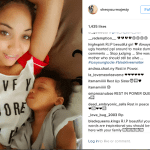 August 4, 2016 The Troublesome Death of Korryn Gaines
Recent Comments
0 | Leave a Comment
Browse Our Archives
get the latest updates from
The Zen Pagan
and the Patheos
Pagan
Channel
POPULAR AT PATHEOS Pagan
1