Regular readers of The Zen Pagan, or people who follow me on Facebook, know that my martial arts training is a big part of my spiritual practice.

That seems to be common in the Pagan community — especially if we include the growing ranks of those who practice historical Western martial arts.

I’ve been training in karate for almost 34 years, and this month I am testing for my sixth degree black belt — a fairly significant achievement, if I may say so.

The testing is not a short event. As well as being put through the wringer by more own sensei, I’ve made three day trips up to our headquarters in Manhattan to test directly with our grandmaster, and will complete testing up there this coming weekend.

To symbolize the idea of “beginner’s mind”, black belt candidates in our school go back to wearing a white belt. So I’ve been doing that when I train with my sensei. But on days when I teach, I still put on a black belt.

As it happened, this past Saturday my sensei was holding promotion testing for beginner and intermediate ranks for several of her students and mine. And this took place right after my training. So I got to jump directly from being in the middle of my own promotion and being back at white belt, to being a senior instructor testing others — being a teacher again for a moment, even as my focus this month is on learning.

It is easy to forget that teaching is always supposed to be that way. In the legends, often the teacher is done, complete. In the Arthurian mythos we don’t have tales of Arthur’s teacher Merlin studying magic, Harry Potter-like. Yoda and Mr. Miyagi don’t seem to be working on polishing their fighting skills, they’re already there.

The idea that one reaches mastery and then stops learning and starts teaching might be useful in some types of mythological narrative where the focus is on the novice student’s journey. But as a guide to one’s own personal development — in the martial arts, in magic, in one’s profession, whatever — it is sorely lacking.

I remember twenty-some years ago, before I was a black belt. A boy in the locker room saw me changing out of my gi and brown belt, and poked his friend. “See that guy over there? He’s a brown belt. He’s almost done.”

Well, decades later even though I reached black belt I’m not “done” yet. 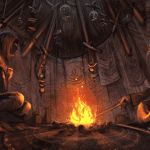 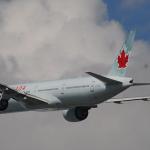 April 10, 2019 Liminality, Mastery, And Interdependence
Recent Comments
0 | Leave a Comment
"This is a beautiful post and I am glad to have read it. Thank you ..."
Amy Meert Blackberries and Bitterness at Lammastide
"Your openness gives perspective, allowing one to see the forest AND the trees. Life is ..."
catmomma13 Blackberries and Bitterness at Lammastide
"According to witnesses and to the police department's own account, the gun was on the ..."
Tom Swiss Police Violence: Seeing the Fnords
"There's some honeysuckle growing next to the parking lot behind my backyard. I will watch ..."
Amanda Ingalls Honeysuckle and Fireflies
Browse Our Archives
get the latest from
The Zen Pagan
Sign up for our newsletter
POPULAR AT PATHEOS Pagan
1 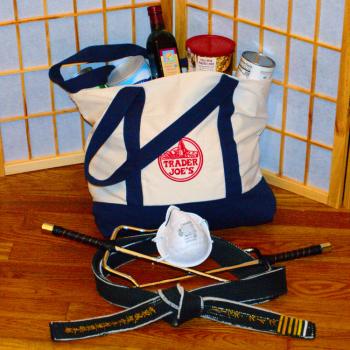