Talk often cycles through our communities regarding both “Pagan Clergy” and “Big Name Pagans.” I happen to be considered both, though I’ve adopted neither title for myself. I’m just trying to do my work to the best of my ability, and to be of some service in the world.

Sometimes I see people try to jumpstart careers as Pagan teachers, authors, or clergy overnight. They may have been working small and locally for years, and then decide to try to make a living at it. “If T. Thorn Coyle and Christopher Penczak can do it, why can’t I?”

Moving from local to public, or from occasional donations to paying the rent, is hard. It takes time. Most people fail. I’ve watched this from a distance many times.

Some have written much about whether or not professional clergy is useful to Paganism. Others have written to deride or uphold “Big Name Pagans.” I’m not going to do any of that. What I want to do is talk about the reality of my life. And some hard numbers. I’m offering this to give people a better idea of what we might actually be talking about in the midst of these conversations.

People have asked how I planned my career trajectory. What did I do to end up where I am? My first response is surprised laughter at the question.

Being a professional priest was never my plan. And reality is, I’m not. What I am is a professional teacher of spiritual practice, which was also not my plan. I’ve worked odd jobs since I was thirteen, always making time for study and art: theater, writing, dance, and music. Writing is my early love.

I love and value teaching. Offering spiritual direction and doing readings fills me with a sense of connection and satisfaction. Writing has been part of my life since I could first shove pencil and paper under the orange glow of the nightlight by my trundle bed under an elder sister’s bed (I come from a huge, working class family. Sleeping space was tight.). Ritual and honoring of the Gods is something I do on my own and am pleased at the opportunity to share this in community.

My other service work, that is often the purview of ministers who are engaged in liberation theologies? I would do that anyway. I have always done that. Frankly, I would do most of what I do now without pay – the ministering, the teaching, writing on spirituality or justice – but I would not be able to do nearly as much of it. Just like you.

The fact is, I still do many things with no pay,  just like you.

I subsidize myself and much of my work. My two partners also help. A lot. And Solar Cross subsidizes still others. That’s how the cycle works.

In Thea Sabin’s “A Teaching Handbook for Wiccans and Pagans” I said:

“I didn’t decide to teach Paganism professionally…[The]whole process—from beginning to teach to making a decent living without a lot of financial stress—took twenty years.”

“…there came a point when I decided to say yes to whomever asked me to teach, wherever their group was in the country. A floodgate opened, much to my surprise. This was even before my first published book came out. After about a year of this, I realized I could no longer hold a day job and teach as much as people wanted me to. There still wasn’t quite enough income at this point, but I was able to ‘fill in’ in various ways.”

I’m now officially a Pagan Minister, heading up Solar Cross Temple. Does this make me paid clergy? Not really. All the money I take in for teaching, soul readings, spiritual direction, and book royalties is paid directly to Solar Cross. This funds our prison projects, community education, temple work, and gives me a small salary. I make around $28,000 a year before taxes, plus parsonage*, and live in one of the most expensive places in the US. Here are some numbers I just looked up for my immediate area: Average rent for a one bedroom apartment is $3500 in San Francisco, $2000-2500 in Berkeley, and $2000 and rising rapidly in Oakland. Food and everything else are just as expensive here. My parsonage would in no way be able to pay for local housing if it were not for the following:

The reality is, I now have a middle class life because I live in a large communal house with two partners who make good money, and we have two other housemates. Health insurance benefits come through one of my partners – something I used to pay for myself after many years of going without. We share food and utility expenses. I don’t have a car. I also don’t have children, though one of my partners does.

Another reality is, part of why I’ve been able to make a living is that I used to travel to teach 2-3 times a month. I did that for years. It took a heavy toll on my body and spirit, despite the extra meditation, energy work, eating well, and exercising. A couple of years ago, I came home from a trip, crawled into bed and pronounced, “I’m done.” Despite the depletion, I still had six months worth of bookings to get through. I now teach mostly online.

If I weren’t funding Solar Cross, I would be making slightly more personal income, but remember, that took more than 20 years to build. Solar Cross does take in donations, for which I am grateful. Donations – whether direct gifts or the people who can afford top of the scale for classes or spiritual direction – go in the pool to pay for free materials such as podcasts, to fund scholarships for low-income people, and to help with work in prisons and other justice work. Specifically earmarked donations go to disaster relief efforts. Occasionally donations go toward operations. Speaking of operations, Solar Cross, like almost all Pagan organizations, is run by volunteers. The only reason we have paid clergy – me – is because my work pays for it.

Most Pagan authors make hardly any money from their books.

Festivals and conferences don’t pay – if you are lucky, you get a tiny stipend. Some presenters don’t even get travel costs, food or lodging paid. I do. I don’t live off my writing. I’ve published three books and one short e-book. The first book got a good advance against royalties and was the only thing that saved me when my teaching wasn’t bringing in enough. However, the days of big book advances are over for everyone.

The new independent publishing world is turning out to be pretty kind to fiction writers, and those authors can make a decent living from their books if they are diligent. But authors of specialty books on spirituality? Not so. As an early editor of mine quipped, “How many books by Thich Nhat Hanh can you read?” And a lot more people will buy his books than will ever purchase spiritual books by Raven Grimassi, Lon Milo Duquette, Christopher Penczak, Diana Paxson, or Thea Sabin.

I’m not saying any of this to seek sympathy, my work has felt deeply satisfying and I’ve considered myself blessed and astonished to have been able to make a living this way, however small that living has been. I am both fortunate and privileged.

My hope is to offer this information to our discussions so they become more based in reality.

A big fish in a small pond creates ripples that have impact, but they share the same ecosystem as all the other members of the pond. And outside the pond? Probably no one has ever heard of them. 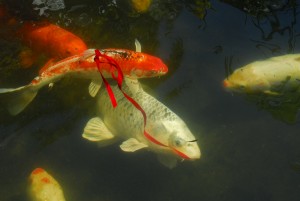 *I edited this paragraph from the original  to more accurately reflect the numbers. I didn’t break out the parsonage at first, until someone emailed me asking about it. Parsonage is a housing allowance for ministers. $1000 per month goes directly to my housing. After that, I make $28,000 a year, before taxes. I originally stated I made “around $36,000” which is still close to these more accurate figures.

Thea’s book is available at Fields Books and other outlets.

By David Oliver Kling: Is It Noble to Pay Your Cleric

And two on Big Name Pagans:

By Cat Chapin-Bishop: A Cup of Coffee and a Bagel 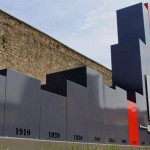 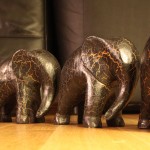