The Problem with Uppity Women

My friend, David Hayward over the The Naked Pastor recently drew this cartoon. It graphically illustrates the double bind women consistently find themselves in.

David drew this cartoon in response to the exceedingly complex situation that Naghmeh Abedini finds herself in.

If you are not familiar with the story (and I was not until a couple of months ago), you can read a little more about it here.

A short summary: Saeed, Naghmeh’s husband, is an Iranian pastor who has been imprisoned in Iran for several years. After tireless work on Naghmeh’s part, partnering with big political names (Ted Cruz, for example) and big conservative Christians names and groups (like Franklin Graham), Saeed was recently released.

After his release, Naghmeh then released her own bombshell: Saeed has been systematically abusing her, physically, emotionally, and spiritually, for most of their married life. She has insisted upon living apart, making proper legal arrangements for their children, and will not even consider the possibility of reconciliation without extensive counseling.

To say that she has been slammed by the conservative Christian community would be a slight understatement. Recently, Christianity Today published an interview with Saeed Abedini, her husband. Abedini calls his wife’s accusations “false” and insists he has never abused anyone, despite his 2007 arrest for domestic violence.

Naghmeh has filed a restraining order against him.

Because most domestic abuse is done in utter privacy, it always comes to a “he said/she said” situation unless the one being abused can show bruises, black eyes, evidence of marital rape, etc. What both fascinated and horrified me about the Christianity Today interview is the title, “The CT Interview: Saeed Abedini Answers Abuse Allegations.”

Saeed simply denies all allegations, attributes them to Satan (does that mean that Satan is controlling his wife?) and the interviewer apparently assumes that Abedini is telling the truth. He’s a Christian hero, after all.

And there is the problem: when a woman speaks out about abuse, particularly in the evangelical world with the expectation are that she will be in essentially silent submission to anything her husband wants, she is named a liar.

And because Abedini is a current Evangelical superstar, no one is going to want to come out against him. He’s going to be a great money-maker for them. After reading the interview, I thought, “Gosh, too bad he’s not Roman Catholic. He’d get immediate sainthood for the way he describes himself and his ministry.”

Who will really suffer here? Naghmeh and the children. But they are just a woman and a couple of children, the least among us. Perhaps they don’t matter very much. 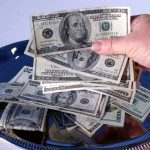 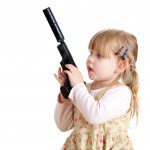