Why the Upset? After All, Marrying Off Children Is Biblical

I used to tell my sons, “Just concentrate on your studies and becoming well-rounded young men. I’ll pick your wives for you and then present them to you when it’s time.”

They properly ignored me and each married a woman far better than I could have ever chosen.

However, in the past few days, cyberspace exploded with the news that a group associated with quiverful theology was planning a “Let Them Marry” retreat. For those unfamiliar with it, quiverful is a movement that believes people should marry young and have as many children as biology permits. The infamous Duggar family, with their 19 kids and their oldest son a confessed pedophile and serial philanderer, is part of the quiverful movement.

According to the organizers of the retreat, fathers who determined that their sons and daughters are ready for marriage are invited to attend with their children and see if they might find suitable mates. A daughter is considered essentially ready for marriage when she has developed breasts, a son when he is capable of fathering children. The age limit on this retreat for those eligible for marriage covenant is between 12 and 20. Normally, some sort of bride price is paid for the privilege of marrying one of the young virgins.

I watched with fascination the amount of horror expressed over this practice. In truth, what this group of people professes and practices is unquestionably “biblical.”

According to the Bible, fathers arrange for their children’s spouses with some sort of payment expected for father of the bride-to-be. There are no restraints against early marriages for young girls–or young boys.  Adherents can and do cite chapter and verse to support all their practices.

So why are so many, including those who claim they want “biblical” churches, horrified by this? Certainly it does not fit our cultural expectations of marriage nor does it support our understanding of a man or woman’s right to choose whom they will marry. But it is still biblical.

Perhaps we need to acknowledge that much of “biblical” practice is not just uncomfortable but actually unacceptable as measured by today’s cultural and moral standards.

Does that make current society wrong? It’s a reasonable question to ask for those who want to live a biblical lifestyle.  How much of our lives should be strictly guided by a book that was written in a culture dramatically different than ours and brimming with customs and requirements considered anathema to most of us?

But we ignore these things because we just don’t do them anymore. We find such restrictions and rules archaic and sometimes damaging and utterly irrelevant to the way that we live our lives now.

For the next couple of weeks, I shall be in Portland, Oregon where I will be observing and writing about the General Conference of the United Methodist Church.  This every-four-year event is the one and only place where the rules that govern this church can be officially changed. 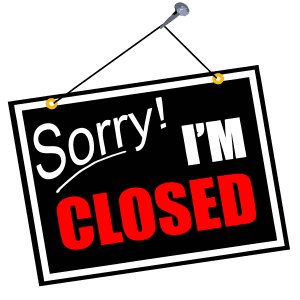 We will be fighting like cats and dogs over what actually constitutes a “biblical” church, especially around the lines of an acceptable expression of human sexuality. Our disagreements are huge, possibly unbridgeable.

Essentially, those disagreements center around how to define a church and write its laws and guidelines in a way that honors Scripture as its primary authority.

As we enter this time, I think we need to acknowledge a painful truth: The Bible does NOT support inclusion.

If we are going to function on a text-only, no cultural context, no wider application of broader theological principles, inerrant Bible, then let us stop the fights over human sexuality and admit to nothing except sexual monogamy between adult, married, heterosexuals. Unless parents want to marry an underage teen virgin off. Or unless a patriarch needs to take a second or third wife in order to ensure he has sufficient progeny for the next generation. Except if we conquer another nation and let our soldiers take their virgins as spoils of war.

Or, we could recognize that social principles and moral stances change with time. I’d strongly suggest readers take a good look at this article, which chronicles the history of divorce legislation in the UMC from 1884 to the present. What was at one point immoral and essentially non-redeemable has become seasoned with grace, acceptable and sometimes mandatory.

Come, let us reason together and be a people of God. We can do this.

[Note: since the cyberspace outcry, the Salvation Army, whose retreat center in Kansas was to be used for the retreat, has denied the quiverfull movement the use of the space. I assume they are looking for another venue.] 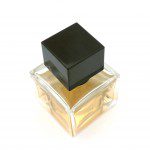 May 5, 2016
Ask the Thoughtful Pastor: Smelly People and Eating Meat
Next Post 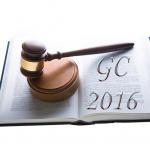