The con man, the church, human gullibility and our beliefs

The con man, the church, human gullibility and our beliefs February 3, 2017 Christy Thomas

Patheos Explore the world's faith through different perspectives on religion and spirituality! Patheos has the views of the prevalent religions and spiritualities of the world.
Once we have spent time in a particular belief system, especially in a “church” environment that demands massive contributions, unquestioned loyalty, absorbs all spare time and which forms the entire social network for people, most don’t have enough mental energy to figure out that something is terribly wrong.

A year and a half ago, I did a “mystery worship” at a nearby prosperity, “come-here-and-get-rich” church, lead by an apparent Joel Osteen wannabe, Keith Craft.

You can read a full description of what I experienced there here.

My summation of the “church” AKA Elevate Life, AKA “The Cathedral of Frisco”:

I think it is the most evil place I have ever seen. I say that because the amount of deception going on there boggles the mind. And it is extraordinarily difficult to see.

Recently, I had an opportunity to be in conversation with a couple of people who had significant experience with Craft and Elevate Life. I divulge no other information about them. They indicated that they experience extreme shunning from those still on the inside of this cult-like place.

Each did note, however, that upon reading my original article, they asked, “How did she see so clearly after one visit (i.e., that the church was evil) what took us so long to figure out?”

We want to believe our beliefs

We want to believe that what we believe is true. It seems silly to describe our mental gymnastics this way, but I think that is the human condition. We can’t survive mentally or spiritually by saying we believe what we know to be untrue.

Once we have spent time in a particular belief system, especially in a “church” environment that demands massive contributions, unquestioned loyalty, absorbs all spare time and which forms the entire social network for people, most don’t have enough mental energy to figure out that something is terribly wrong.

Until it is too late–or in the case of my contacts, almost too late.  They are out–and they ache for those who are likely still being sucked dry by the teachings and what appear to be unaccountable financial dealings at their previous church.

I noted this during my visit and my research afterward: So, if he [Keith Craft, who dropped all sort of famous names during his message] is this successful as a motivational speaker and coach, why does he need to establish a church? Does he want access to all those non-taxable dollars? And who or what audits the church funds, particularly when it appears to run as a family business?

According to my contacts, it is exceedingly difficult if not impossible for members of Elevate Life to access any financial statements. Please note: this is second-hand knowledge–I have not personally tried to access any information.

However, just a word of warning: Your donations fund the church. You have an absolute right to see exactly how those donations are spent and particularly to see how much and in what ways those funds go to support the pastor and staff.

But to get back to the mental/spiritual/emotional energy to question our beliefs: all of us carry resistance to facing uncomfortable facts about ourselves.

As I was writing, I happened to look at an article in the Wall Street Journal: “When you need to face facts in your life.” The article is behind a firewall, but all you need to know is in this quote by a psychologist contributing to the article: “We want to think of ourselves as healthy and smart, people who make good decisions, so we resist information that challenges these beliefs.”

Yeah, we do. None can easily face the fact that we have been conned, that we have followed the leader to the cliff and then fallen off–while said leader surreptitiously made off with the money, trust, etc.

I don’t know how to protect people adequately from the master con. However, it does seem that when people don’t learn to think critically about things, they are more likely to buy into the subtle lies that cons so exquisitely and effortlessly spin.

But how do we make people think? And, should we be able to help them think, what about the extreme discomfort of leaving a belief/friendship situation behind?

It hurts to leave behind beliefs

I spent most of my early and middle adulthood in a very conservative religious environment. After significant study and an intentional decision to read beyond my tightly bounded theological world, I saw some unsolvable problems with the theology.

I knew I needed to leave. And it nearly killed me.

The thought of walking out, of leaving behind all that I had based my life on, left me paralyzed with fear. Physical death became preferable to the spiritual, emotional and social death I knew I would experience should I depart.

After a while, I could no longer lie to myself. And ultimately, I did choose truth and life. But it cost me.

However, I slowly learned to trust myself. My rebuilt truth was informed and robust but in conflict with the foundational ideas of my social and religious circle.  They had their beliefs to preserve. It became necessary for them to ostracize me.

In retrospect, that is easy to see. The pain at the time didn’t make it so easy.

It’s easier to stay conned, to follow the piper to destruction. But let me offer a few suggestions to those find their religious environments growing oppressive.

First, pay close attention to your soul. Do you have a sense that something is just wrong? Just a bit off? Don’t ignore those thoughts.

Second, are you losing joy and struggling with requirements placed on you to stay within some inner circle of power or prestige? If so, what happens when you try to express your concerns? Is there a place to be heard, to find safe space to back off? If not, the system is fundamentally unhealthy and will probably not improve.

Fourth, and once more: if you do not have access to full financial disclosure of your religious environment, get out. Now. The leaders are using you. More than that, they are abusing you. Leave while you can. 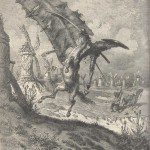 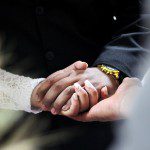 February 4, 2017 Help! Can a divorced person marry again?
Recent Comments
27 Comments | Leave a Comment
"I guess it's never clear how much we should get on board with a crusade. ..."
jekylldoc Am I Woke? Perhaps I Am ..."
"Some constructive thoughts here for sure. I also perceive a LOT of inward, "navel-gazing" in ..."
Doug Thatcher Am I Woke? Perhaps I Am ..."
"Why is it always a white Karen pushing wokeness in everyone’s face?"
marisuz Am I Woke? Perhaps I Am ..."
"I have worried about wether i had forgiven my mom ever since i cut her ..."
Asterispitha Help! Can I forgive someone and ..."
Browse Our Archives
get the latest from
The Thoughtful Pastor
Sign up for our newsletter
POPULAR AT PATHEOS Progressive Christian
1

What if life wasn't just a...
slacktivist
Related posts from The Thoughtful Pastor