For those who preach and believe in predestination, the “God always has a plan” tribe, then yes, God does play favorites. Some get it good. Some don’t. Quit complaining. It’s all part of God’s design. 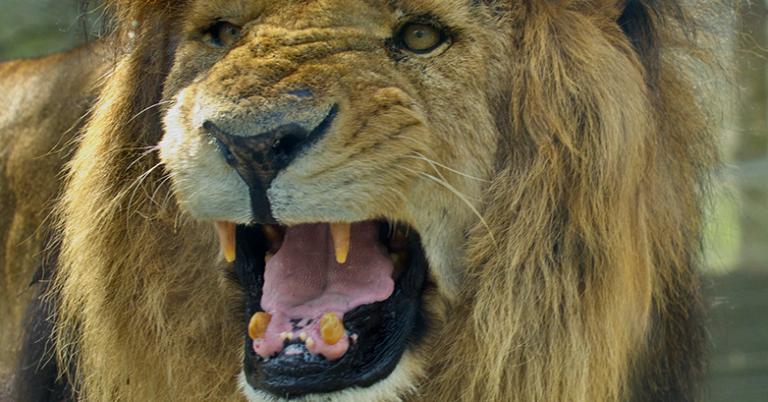 Dear Thoughtful Pastor: I just read the story of Daniel in the lion’s den (which seemed more like a cage than a den with free access to gazelles and rabbits).

This action seems like political favoritism at the very top. What do you think? Does God play favorites?

Your question intrigued me so I sat down and re-read the entire book of Daniel. I saw intriguing miracles, temperamental kings, crazy dreams and indecipherable visions.

The particular story you refer to is found in Daniel 6. Here, Daniel, brought to Babylon from besieged Jerusalem as a young man, has distinguished himself as a significant and successful political operative under King Darius. King Darius was, as a consequence, partial to Daniel. Loyal and competent subordinates have always been hard to find.

As generally happens, some of the less successful operatives came down with a nasty case of professional jealousy. They plotted to find a way to rid themselves of a political rival.

Eventually, knowing that kings always have outsized egos, they pitched an idea to Darius. Offering glowing phrases of admiration, the envious flunkies suggested that Darius should insist that every single person in the kingdom pray to him, and him only, for one month.

Anyone who disobeys the edict, which, by the way, was irreversible, gets tossed into the den of lions. Apparently, they always kept the lions handy and hungry for such exigencies.

Darius, snookered by the gratuitous flattery, happily signs away. After all, any legislation that further elevates him can’t possibly be wrong can it?

Shortly afterward, the conspirators “discover” that Daniel prays three times a day to his God. Worse, Daniel does so openly, in front of an open window, while facing Jerusalem in his exiled homeland.

Thus, they report: “Oh, dear and wonderful King, you will not BELIEVE what we have discovered!! That foreigner, Daniel, [whom you had the GALL to appoint in a position over us native-born syncophants] is violating your law!!!! Toss him to the lions!”

Now, King Darius, for all his faults, knew was about to lose someone important to him. However, even he could not violate a law he had signed and could not repeal. Unhappily, Darius commanded that the deed be done. But, upset about it, he did say that he hoped the God Daniel faithfully served would also deliver him.

The next morning, a sleepless Darius quickly makes his way to the lion’s den. With relief, he sees that Danie has miraculously escaped death. The lions did not touch him. Then comes the scene you describe: Daniel’s accusers, along with their families, are all tossed into the den. The hungry lions quickly dismember them, including, as you note, the innocent wives and children.

Why? Why is this justice? In the western world where the individual alone carries the shame or guilt for a misdeed, it makes no sense. But in the middle eastern world, it makes perfect sense: shame and blame are collective–the entire family shares the repercussions when one of them goes outside the boundaries of acceptable behavior.

In the time Daniel was written, the story would have made no sense if the families of the perpetrators had not joined in the punishment. For them, this was normal and acceptable justice. No favoritism here. That’s just the way it worked.

But you do bring up a bigger question: Does God indeed have favorites? Why are some lives brutally cut short, or some live in abject poverty, or some don’t survive awful natural tragedies, but others live long, prosperous lives, never seemingly in harm’s way?

For those who preach and believe in predestination, the “God always has a plan” tribe, the ones who insist God has chosen those who will be eternally blessed and eternally damned, then yes, God, totally sovereign and therefore unable to be questioned by us mere mortals, does play favorites. Some get it good. Some don’t. Quit complaining. It’s all part of God’s design.

For others, especially those who see God, full of mercy and compassion, as One who enters without restraint the sufferings of humankind, who seeks redemptive hope in all things and all places, it is another story. In that case, the more fortunate ones carry the extreme responsibility to be of aid to the less fortunate ones, to serve, as it were, as the hands and feet of our all-compassionate God and to seek to relieve suffering in all possible ways.

Only one of those divergent theologies, both of which claim to be Christian, makes sense to me. I’m just not into a capricious God. 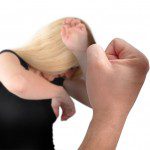 February 12, 2018
Wife-Beating Is Not Normal: No Longer "Disappear" the Women
Next Post 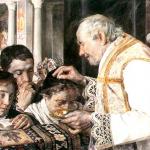