The Great Divorce: Evangelicalism And Jesus

My own great divorce from Evangelism came years ago and as accompanied by much grief. I left because . . . well, I was kicked out. Too mouthy, inadequately submissive to male authority, and, finally, I committed the ultimate, and the unforgivable sin: I got a divorce. A real one. I crossed the invisible line and paid the price. 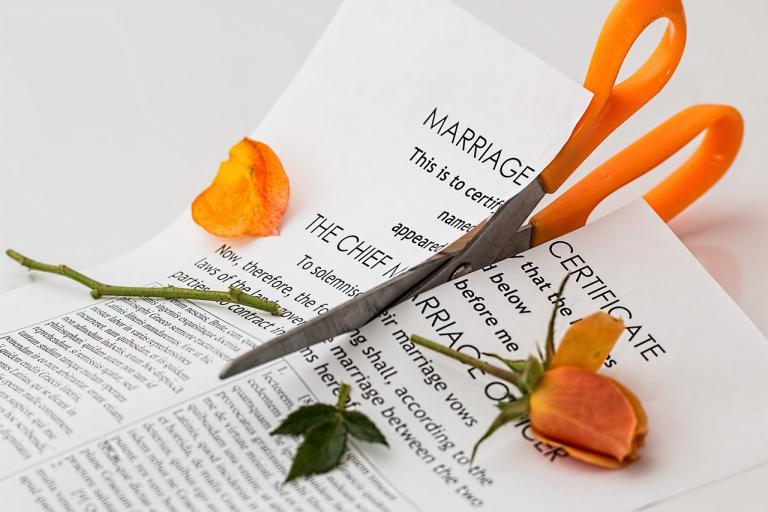 C. S. Lewis’ profound book, The Great Divorce, sprang to mind when I read an opinion piece in the Dallas Morning News by religion journalist Peggy Wehmeyer about her growing need to divorce from her longtime love: the Evangelical church.

Every word has an impact and I hope you will take the time to read the entire piece. She writes especially of the reasons her now adult daughters, steeped in the words of Jesus, can no longer tolerate the ongoing love affair of the Evangelical world with our current President.

At the dinner table with my adult daughters, I tried to explain that in the 2016 vote, evangelicals believed they had found a defender, albeit a mean-spirited bully, who would restore their rights to practice their faith freely.

But even as I said it, I wondered: At what cost? I had assumed the evangelical leaders who supported Trump’s policies would frown on his lack of character and sexual promiscuity.

Instead I watched them wink at behavior the Old Testament prophets would have shouted down.

When Lewis wrote The Great Divorce, he told a story of a man, wandering around a dirty little town on a damp, miserable early evening, who, for lack of anything better to do, boards a bus which ultimately takes him and his fellow passengers on a journey to what would turn out to be the outer edges of heaven.  To make the journey further, each needed to decide to look into their souls and repent of the sin that keeps them from fully entering into the heart of God and the place of penetrating light. Or,  . . . they could return to the dark, dank place to indulge in the things that give a semblance of power and achievement but ultimately destroy.

Lewis sums it up by quoting John Milton’s Paradise Lost, “The choice of every lost soul can be expressed in the words ‘Better to reign in Hell than serve in Heaven.'”

How well Lewis–and Milton–nailed the human spirit and the current condition of much of Christian thought. 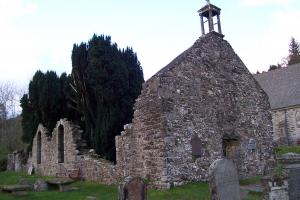 Over the last few months, I have started reading history, especially religious history, as I seek to make sense of the embrace of the profane and immoral Donald Trump as God’s chosen prophet. My soul aches with every further endorsement of him by those who see themselves as spiritual leaders and have much influence over the spiritual lives and development of their followers.

To some degree, I’ve found comfort in recognizing that the current situation is nothing new. All three of the Abrahamic religions, Judaism, Islam, Christianity, have turned to political power to ensure their religious power. In not one single case has it turned out well. Nonetheless, that well-known fact of history has never stopped people from trying.

Again, to quote Lewis (I think everyone should read The Great Divorce, but a list of the more famous lines in it can be found here):

There are only two kinds of people in the end: those who say to God, “Thy will be done,” and those to whom God says, in the end, “Thy will be done.” All that are in Hell, choose it. Without that self-choice there could be no Hell. No soul that seriously and constantly desires joy will ever miss it. Those who seek find. Those who knock it is opened.

Right now, I find it easy to point the finger at a religious movement that looks to me to be saying, “My will is God’s will.” I’m aware that I have suggested that their souls will pay a terrible price for that stand.

However, I know when I point that finger, I, myself, have made my will God’s will. For I have taken on the role of God in being the one who condemns. I must not assume that power.

My own great divorce from Evangelism came years ago and was accompanied by much grief. Many of my readers know that I spent most many years steeped in Evangelicalism. I know it inside and out. I know the strengths there and Wehmeyer’s article beautifully illustrates many of them.

I left because . . . well, I was kicked out. Too mouthy, inadequately submissive to male authority, and, finally, I committed the ultimate, and the unforgivable sin: I got a divorce. A real one. I had crossed the line.

I choose to speak no further of that marriage. I say only that I was finally faced with this choice: get out by either killing myself or by finding a legal means. I very nearly chose the former. I genuinely loved God and, again since divorce was simply unforgivable, and since I could not maintain any sense of soul integrity by staying in, it seemed the most reasonable solution. 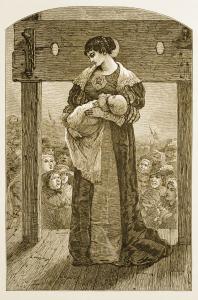 I ended up choosing life, knowing that I caused probably more chaos by that choice than by choosing death. I also discovered, and should hardly have been surprised, that I moved from being a second-class citizen in the church–my femaleness landed me there–to third class by carrying the stain of divorce.

In other words, I was an embarrassment to the theological structure. A giant red “D” implanted itself on my chest. I would be forever marked, a contemporary Hester Prynne.

I suspect my experience stands as one reason I found Wehmeyer’s article, and perhaps Lewis’ book, so compelling. Divorce changes everything. Nothing ever looks the same again.

And sometimes, it is necessary for life. So Weymeyer is sadly discovering. I hurt for her.

I left, obviously, not because I wanted to, but because I chose to offer myself more self-respect. I left behind Evangelicalism and embraced the wider world of Methodism. Getting out, gaining some distance from the tradition that had shaped my thinking for so long, brought me face to face with the very thing Evangelicalism tolerates poorly: a world where we see few unequivocal answers to big and little questions of life.

As I often do, I spent an hour yesterday morning reading the newspapers, praying through the world. It was particularly hard. Many stories put the broken world on full, graphic display.

I also became even more aware of my own privilege. My whiteness, my education, my adequate financial comfort and most of all, my time. I have time to think, time to pray, time to indulge in gardening, reading, family, seeing the world beyond my own. And I have time to go into these moments of despair over what it means to live with Christian intention, to be one who offers good.

Sadness surrounds me in these morning musings, and now dogs me much of the day as I, with Weymeyer, agonize even more fully over the state of Christianity that takes the headlines.

I also know that many are doing much to keep the United Methodist Church from the disintegration that threatens. We face a likely split over what is a truly minor issue: who gets to show affection for whom and have that affection legally recognized. I groan in despair when I think of it.

But in a couple of days, my husband and I depart for a few days in Ireland, that land of Celtic mystery, the land that may have saved civilization. I go with the hope of rekindling my own mystic tendencies, of stumbling across a “thin place,” that place where the usually impenetrable barrier between heaven and hell thins out and Holy Mystery becomes a bit more accessible.

I head out with gratefulness that, while I must do my part to be a healer of the world, I am also not the world’s Savior. But it surely does need one. 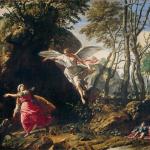 April 11, 2018
Ask The Thoughtful Pastor: Does The Nashville Statement Contradict The Bible
Next Post