Microbes, Missionaries And Hurricanes: Further Along On The Journey To The Amazon

Microbes, Missionaries And Hurricanes: Further Along On The Journey To The Amazon December 3, 2018 Christy Thomas

In the history of the Amazon rainforest, missionaries murdered nearly as many people with their microbes, carrying measles and smallpox and God-knows-what-else into these areas, as the cruel colonists with their use of metal weapons and gunpowder. 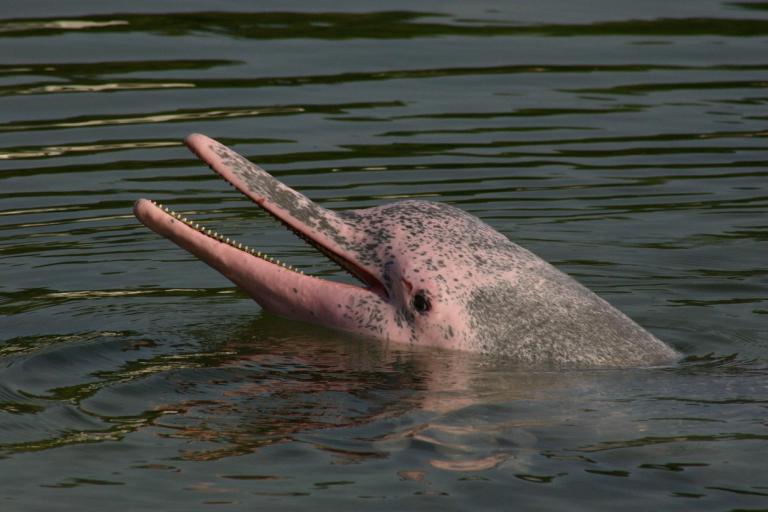 My brain stays crowded with too many thoughts on this long ship ride from Miami that will soon take us into the Amazon River for a six-day sojourn.

We’ve stopped at several lovely Caribbean Islands along the way–and have seen the kind of destruction that hurricanes can bring. Irma was particularly destructive to St Maarten but other islands also suffered.

Great chocolate and a rum distillery

We’ve ridden in a semi-sub to see underwater wonders, observed birds in a protected reserve, and gotten soaked in a wild rainstorm during a snorkeling expedition.

We’ve hiked in a rainforest and toured a rum distillery that is still making rum from locally grown sugarcane by waterwheel power and uses open vats for fermenting process before it hits the necessary distillation process.

I also learned how to drink rum neat. Probably not my best feat.

We tasted some of the best chocolate in the world and endured one of the worst traffic jams ever in Grenada. There’s only one road from the countryside to St. George’s where the ship docks. That road takes drivers past the bus stations where hundreds and hundreds of busses (12-20 person vans–the roads are too tiny and winding for larger vehicles) all converge at one place to disgorge and take on passengers. There are NO TRAFFIC LIGHTS to manage it. And yet it worked and we returned safely to our ship.

Another van full of our fellow passengers on that trip broke down on the winding two-lane road. One of those endless busses stopped, all the island passengers willingly got off, knowing the next bus would stop and get them, and offered the van to the tourists. Cruise ship boarding deadlines are not flexible, so this was a relief to all.

The rhythm of shipboard life

Life on shipboard has taken on a gentle rhythm. The waters stay semi-rough–most of us passengers walk like we are seriously drunk and the swimming pool is full of whitecaps as it sloshes wildly from one end to the other.

But seasickness seems to be minimal–everyone here is a seasoned cruiser and know what to do should it hit. [Note: sparkling wines do help!] We all sleep soundly–the gentle rocking all night long is like a return to the womb.

I suspect I shall miss the motion when we sleep on land again, sixteen days from now. Frankly, I don’t know why someone doesn’t invent a rocking bed for adults. Great way to sleep and I bet it would be of enormous comfort to some of our elderly with major memory problems–would take them back to safer, more gentle days.

Anyway, we rise early, make our way to one of the restaurants for a great breakfast, (or, because of a marvelous butler that watches over us, order breakfast in our room) and, assuming this is a sea day and not a touring day, head to the pool deck to read or, for me, write.

Some people take brisk walks on the upper level, but the wind and the constant movement make that a bit dangerous to someone with a touch of a balance problem, so I walk multiple flights of stairs each day and eat light meals to keep things more or less under control.

One evening, when we had a late dinner reservation, we went to one of the lounges where a live band was playing dance music. Again, the movement of the ship made dancing a bit iffy, but . . . an older–and I mean “older” as in their 90’s, couple took to the dance floor.

They danced gently, sweetly together–holding each other up as they clasped each other close. The beauty of their love, their tenderness toward each other–both my husband and I teared up, and those tears spilled over. Would that we all could have that.

And here is where the microbes and the missionaries come in. Most of us have heard by now of the death of the self-appointed missionary John Allen Chau. He decided he was going to single-handedly “take Jesus” to an isolated, and legally protected, people group off the coast of India. They have no contact with modern ways and continue to live, as did their ancestors, as hunter-gatherers.

The natives rightly shot him with their hand-made arrows when he illegally landed on their island. Why rightly? Well, these people, who have no contact with the outside world, also have zero immunity to the microbes that all of us “civilized” folk carry on our bodies–and those microbes have killed millions and millions of indigenous people. They had the right to protect themselves even if they didn’t understand the fullness of the protection they need.

The early history of the Amazon River basin reads very much like the early history of North America–invasion after invasion by the more powerful Europeans with their metal weaponry and mastery of gunpowder. But the missionaries murdered nearly as many by their microbes, carrying measles and smallpox and God-knows-what-else into these areas.

Up until then, those areas had for hundreds of thousands of years been inhabited by tribes of hunter-gatherers as well as thriving civilizations whose lives were entwined with the secrets to survival in the rainforests.

After the arrival of the colonists, most of the indigenous people experienced brutal slavery, rapacious rapes of the women and girls, and disease, disease, disease. Many people groups were totally destroyed.

As my father used to say, “The road to hell is paved with good intentions.” Yeah.

The damage of “civilization”

Alongside all this reading about the history of this area, I’m also reading the latest book by scientist Rob Dunn, Never Home Alone: From Microbes to Millipedes, Camel Crickets, and Honeybees, the Natural History of Where We Live.

It’s eye-opening and I think a must-read. He reminds us on a micro-level of the damage we do when we insist on killing anything that makes us uncomfortable, like insects and bacteria.  All my reading about the Amazon River basin shows me on a macro-level all the damage we do when we willy-nilly think that “civilization,” which actually means, “How much money can I make quickly by raping, pillaging and destroying” trumps all life including the integrity of the rainforest and its people.

Furthermore, the Brazilians have just elected a president who has stated clearly: “I don’t care about the few indigenous people left and I don’t care what happens to the rainforest.” This does not bode well for the future of the planet where human occupation is concerned.

Although many, many disagree and are fighting to save the planet, we, as a collective human race, have decided to wantonly poison the place we live. We are a mess.

By the time we awaken tomorrow, we will be in the Amazonian waters, although we will not have yet entered the river itself. So much water pours out of the 200-mile wide mouth of this river that we will be able to see those muddy waters while still miles and miles from the coast.

We’ll make a brief stop at Macapa where Brazilian authorities will check the ship’s credentials, including making sure all of us have valid Brazilian visitor’s visas. At that point two Amazon pilots will board the ship and take us in. The pilots are necessary because the Amazon changes constantly with moving sandbars, giants trees, and constantly forming islands.

In the days to follow, we will cross the equator three times, hike in the rainforest, see the site of a former rubber plantation, observe the flora and fauna and watch for the caimans and the pink dolphins and ever so much more. There are no dangerous snakes in this area, and little fear of malaria, although we are prepared to protect ourselves.

It’s going to be quite the adventure. And it is also a spiritual journey for me as I seek to find the core of the gospel in an area where the traditional ways we do things just don’t work. 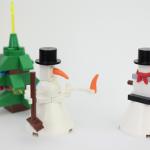 December 3, 2018
The Winter Solstice And Christmas: Cultural Overlays Hide The Message
Next Post 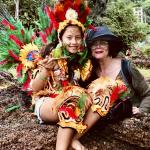 You must remember this
slacktivist
Related posts from The Thoughtful Pastor