The Answer To: “Does The UMC Have A Future?”

I grieve that the answer to “Does the UMC have a future” is “NO.” I grieve so deeply that I’ve been unable to write. I’ve spent endless hours in my garden, knowing yet again that there are two things almost guaranteed to break the heart: gardens and churches. And mine is broken.

But the “Bible-believers” won. May God, the one they don’t believe in and have excluded from their fellowship, have mercy upon their souls.

No. There is no future to the UMC.

No, because those “Bible believers” who have taken over The UMC have also shaken their fist in the face of God and declared God a heretic and unacceptable in their church. Why? Because God doesn’t create only in “male or female” categories. Therefore, God has no place in a “Bible-believing” church.

For some time now, I’ve asked the question, “What do we do with the intersexed?”

I’m asking it again in light of a story that came across my news feed, “Court rules Olympic runner Caster Semenya must use hormone-suppressing drugs to compete.” Semenya is described as an extremely talented female athlete who has unusually high (i.e., male) levels of testosterone in her system. This factor, combined with top-class training and her general physical giftedness, gives her a substantial advantage over other female athletes who have the more usual amount of testosterone in their systems.

The article about Semenya spoke of her as one with a syndrome generally named, “Differences in Sex Development.” Information from an NIH institution, the highly regarded Children’s National Health System, explains it more fully. After describing how male and female genitalia begin to differentiate around the sixth week of fetal life, they note that the process does not always result in a baby that is either male or female.

Changes in a number of genetic or hormonal factors can affect this process, leading to ambiguous genitalia. Ambiguous genitalia, as the word implies, may make determining the child’s gender more difficult. More recently, the term Differences (or Disorders) of Sex Development (DSD) has been used to describe conditions in which the child’s genetics, hormones, internal organs or external genitalia are atypical.

I strongly encourage you to read this entire informational page but here’s a fact that needs to be addressed: “These conditions are not as rare as most think and affect about 1 in 100 newborns.”

They use the biblical phrase, “God made them male and female,” as an inviolable scientific fact rather than as a poetic way in a pre-scientific world of expressing the fullness of God’s creative activity. Thus, the “Bible-believers” morphed the Word of God into a hammer of death rather than an invitation to life.

In the process, these “Only-my-interpretation-is-right-Bible-believers” have spat into the face of God, declaring God, who did indeed create some as male AND female rather than as male OR female, simply unacceptable in the Kingdom of Heaven.

The carnage to come

This church that so spits in God’s face must cease to exist.

I have been a United Methodist for 21 years, after spending many more years in the “Bible-believing” world that also declared me, as a woman who knew I was called by God for pastoral leadership, “unacceptable” in the Kingdom of Heaven.

Yes, I came in knowing the discriminatory language was in the Book of Discipline–I had studied it thoroughly before becoming ordained. However, I honestly thought that, with its strong history of standing up for the rights of the oppressed, the UMC would eventually recognize that gays, lesbians, and the intersexed, among others, are also fully human, just as Methodists in years past had finally figured that out for people of color and for women.

As much as I loved serving the UMC, I am at a point where I am embarrassed to carry now those ordination credentials. Like many others, it took me ten years, ten years of hard work, of study, of gaining more education, of serving, of leading, of papers and interviews and stumbles and missteps, to achieve what had long been treasured credentials.

But now? To be identified with those who openly declare that God can’t be God by their “Bible-believing” standards? That heresy surpasses them all.

The hard-right turn away from God by those “Bible believers,” has destroyed the previous good reputation of Methodism as a place of justice and social holiness.

There is no future to The United Methodist Church.

At this moment, good people, identifying as centrists and progressives, are trying their darndest to salvage something out of this. I appreciate their hard work, their hope of institutional survival, the real concern over the work of the many people who do profoundly important work as part of the general agencies.

Nonetheless, I do not see a way to escape the carnage to come. Most of those working in the general agencies are likely to lose their jobs and livelihoods. The “Bible-believers” see no reason to keep them employed, and the few they may decide to keep will likely need to sign doctrinal and loyalty oaths to the “Bible-believing” victors.

And that’s only the beginning of the likely damage. Without a unified worldwide church, pensions, especially for our oldest and most vulnerable, least financially secure retired clergy, will not be fully funded.

Younger clergy, of whom we have precious few, will not be able to align themselves with a church now almost wholly identified as “gay-hating.” In case you don’t know this yet, the language of the traditional plan voted on and affirmed as constitutional by the Judicial Council makes the gay-hating bent clear: the word “practicing” was dropped from their condemnatory words toward homosexuals. Now, it is homosexuals in general, celibate or not, who are unacceptable for ordination.

Yes, younger clergy will have to leave for the sake of their spiritual integrity.

Even though the “Bible-believing” segment made sure that they could get out with their property if things had not gone their way, the reality is that the somewhat close to six billion dollars worth of church property will eventually become their assets. Many churches, facing dissent in their congregations over whether to leave or not, will give up, shut their doors and hand the keys (and often debt) over to the “Bible believers” who will continue to violate every single biblical norm by triumphantly proclaiming their victory in the takeover.

I grieve that the answer to “Does the UMC have a future” is “NO.” I grieve so deeply that I’ve been unable to write. I’ve spent endless hours in my garden, knowing yet again that there are two things almost guaranteed to break the heart: gardens and churches. And mine is broken.

But the “Bible-believers” won. May God, the one they don’t believe in and have excluded from their fellowship, have mercy upon their souls. 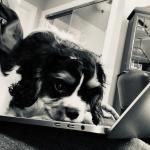 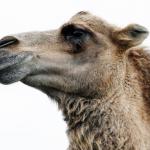