Response To The Great Divorce, i.e., “Protocol Of Reconciliation & Grace Through Separation

Even as I appreciate their attempt to mediate the great divorce, frankly, every single one of the people who created and signed this document is himself/herself guilty of disobedience to The Discipline of The United Methodist Church and should have charges brought against them. And I support, with reservations and questions about constitutionality, what they have done. 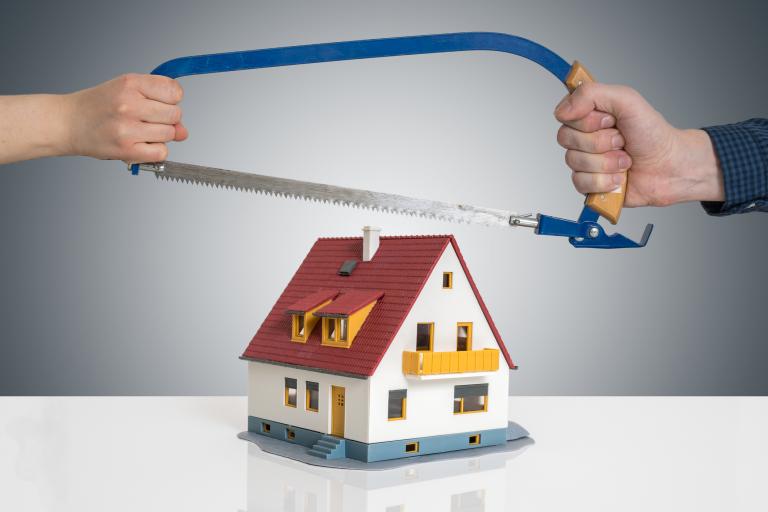 At 9:50 am, this article from the Washington Post article hit my news feed. Lead-in reads this way:

Church leaders agreed to spin off a “traditionalist Methodist” denomination, and allow the remainder of the denomination to permit same-sex marriage and LGBT clergy for the first time in its history.

Around noon, the New York Times publishes their version with this headline:

The United Methodist News Service piece offers a more honest headline, since, really folks, this decision has not been made, despite the reporting of the national press:

But the “devil is in the details,” and those details would be the “Protocol of Reconciliation & Grace Through Separation.”

The UMNS article did not give a link to it, but I was able to find it under the United Methodist Bishops site. And it did make for intriguing reading. I encourage you to read it carefully for yourself.

My responses to The Great Divorce document:

First, I want to thank this group of people for choosing to come together and to create something that would, if fully adopted and not challenged, keep the UMC from the utter financial ruin of a contested divorce process. No question about it, to have the great divorce, a mediated route almost always beats a contested route.

Second, I appreciate the peaceful wording of the document and the intentionality to give space across the board. The intent is for those holding irreconcilable differences to go their separate ways without further damaging the already damaged reputation of The United Methodist Church.

Third, and here my problems start: Under the “Statement of Principles” section, the drafters write as their fifth “whereas:”

The United Methodist Church is committed to recognizing, respecting and protecting the rights and personal dignity of every person, including people of all races, sexual orientations, genders, national origins, ages, and social classes;

Seriously? If this were the case, if the WCA/IRD/Good News people were not united in their commitment to deny full human rights and protection to the LGBTQ community, none of this would ever have happened. But they are united in their commitment to do harm to some of the most vulnerable people in our connection. Yes, they cloak it in their interpretation of “biblical” language, but their determination is 100% clear: the gay has gotta go.

This statement should truthfully read: “most, but not all, members of The United Methodist Church are committed to recognizing, respecting and protecting the rights and personal dignity of every person, including people of all races, sexual orientations, genders, national origins, ages, and social classes;”

Unfortunately, then, one of the basic affirmations of this group of good people is a falsehood that panders to a subset of UM’s who have thrown themselves 100% behind a separatist movement. This movement has been designed to eliminate civil rights and personal dignity of those whose sexual orientations and genders do not line up with the rigid binary that they have decided is “biblical” and holy.

Yeah, that statement socked me in the gut.

OK, deep breath now and onto the next thing that hit me so very hard.

Fourth: Under Article I: “Agreement and Commitment to this Protocol,” the fourth paragraph reads this way:

The UMC allocated massive funds for The Bishop’s Commission on The Way Forward. After the report was released, strongly affirming the One Church Plan, some of the participants on that commission actively worked in every possible way to defeat it. Clearly this statement is an attempt to make sure the same thing does not happen again. 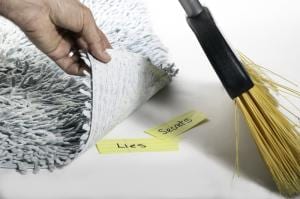 And that’s where my grief hits hard: the perfidy of those who participated and then intentionally opposed the conclusions of The Way Forward has never been openly acknowledged or addressed. One more thing swept under the crowded rug of United Methodism.

As I continued reading and parsing, I had lots of questions, like “How come the separatist WCA folk not only get all their property and assets but also an extra $25 million dollars of apportionment funds to help them create their “No Gays Allowed” denomination?

Then I hit the big one.

The big problem in The Great Divorce Protocol

Fifth: This is from Article V, “Moratorium”

As one expression of reconciliation and grace through separation, the undersigned agree that all administrative or judicial processes addressing restrictions in the Book of Discipline related to self-avowed practicing homosexuals or same-sex weddings shall be held in abeyance beginning January 1, 2020 through the adjournment of the first conference of the post-separation United Methodist Church. Clergy shall continue to remain in good standing while such complaints are held in abeyance.

OK, while I do appreciate their hearts and motivations, this group of people decided that they can override the only legal voice of The United Methodist Church, i.e., decisions made by the General Conference. No, they can’t.

Legally, Bishops, clergy and laity in The United Methodist Church have no option but to actively and vigorously pursue, prosecute and remove from active pastoral duties any and all clergy who in any way violate the provisions passed by the 2019 General Conference. Since a number of well-known clergy have made it clear that they intend to participate in the church version of civil disobedience, no one, not this group of people or anyone else, should do anything but hold their feet to the fire.

Even as I appreciate their attempt to mediate the great divorce, frankly, every single one of the people who signed this document is himself/herself guilty of disobedience to The Discipline of The United Methodist Church and should have charges brought against them.

And that, my friend, is the ridiculousness of our system: we have tied ourselves to an unworkable method of governance that precludes having the kinds of hope-giving conversations such as this.

Yes, let’s stop the charges and counter-charges. Yes, let’s take a serious look at this protocol, even as it does reward the “we hate gays” separatist movement.

As my brother (a non-religious person who also an avid news reader and who just phoned me about the situation) said, “It sounds like they decided it was better to ask for forgiveness than permission.” According to my wise brother, “The business world works that way anyway. It’s the only way to get anything done. Otherwise, they’d get a ‘no’ from those who are trying to protect their butts.”

Even with these reservations, I offer support to the protocol even as they did tiptoe through some dung piles of lies, mistruths, and problems of a problematic process as they went about it. I also have a lot of concerns about the constitutionality of their proposal, but those questions must be addressed by the experts on the Judicial Council, not by me. It is good that they’ve requested a review before the next General Conference.

And, as that wonderful brother reminded me, “Don’t criticize them! They did something good!” Yes, they did. Let’s keep talking and find a healthy and holy way through this impasse. 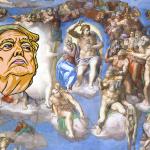 November 26, 2019
Do NOT Impeach Donald Trump Or God's Wrath Will Fall
Next Post 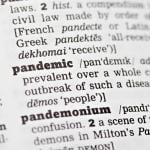 Meet the creepy men behind the...
slacktivist
Related posts from The Thoughtful Pastor