Violence in Scripture: The Next Major Challenge to the Faith?

Violence in Scripture: The Next Major Challenge to the Faith? March 13, 2013 Owen Strachan

Some of you know that at The Southern Baptist Theological Seminary, we recently engaged the issues raised by Messiah College professor Eric Seibert. In a chapel panel led by president R. Albert Mohler, Jr., Phillip Bethancourt (helpful blog here), Denny Burk, and I worked through Seibert’s argument, seeking to understand his perspective while offering a biblical critique of it. The panel is found above.

It seems clear that the issue of violence in Scripture is not going away. In fact, it looks like this will be a major doctrinal challenge to the “faith once delivered to all the saints” for some time to come (Jude 1:3). Let me sharpen the point: this is a rising challenge that Christians of all kinds need to be equipped to meet. The issue of biblical violence and beyond it the rightness of God is not going away. It is here. It has arrived. It’s a matter on which faithful Christian people need to be ready to give an answer. All of us, after all, need to know how to think well about such momentous parts of Scripture as the conquest texts of Joshua 6-11, the imprecatory Psalms, or more pressingly, the return of Christ, at which the quick and dead will be judged (1 Tim. 4:1).

This is not to say, though, that Seibert has initiated this conversation, or that the church has never faced this challenge to Scripture’s inspiration, inerrancy, and authority (this issue is, at its core, a challenge to all three of these cardinal evangelical doctrines). It surely has, beginning with Marcion and continuing through the ages to the Enlightenment, the rise of Protestant liberalism in the late nineteenth-century, and beyond. But it is important to note that there is a good deal of ink suddenly being spilled on the issue, and it’s coming from within the evangelical camp: from our Christian colleges, churches, and academic voices.

See, for example, the forthcoming work from Greg Boyd previewed here. Boyd’s perspective, from what I can see, differs from Seibert’s, but I’ll be interested with many others to see how Boyd navigates the tension between affirming all Scripture as “God-breathed” and critiquing what he calls “macabre depictions of God.” Boyd appears to want to go to the cross for the resolution of this tension, and he calls the work of the cross “enemy-loving.” That is surely true, because the cross irrevocably reconciles God to his sinful people, but it is also true that the death of Christ initiates the divine project of justice that will be completed soon when Jesus returns and makes war on the wicked (Revelation 19:11-21).

I’m glad for a cross-centered approach. Our doctrine of the cross, however formulated, still does not undo the central commitment of every believer regarding the Scripture and all that it affirms: God is right. God is just. God is the one who ordains all things, and God is the one who sets our moral standards. We do not judge God. God judges us, sinful and frail creatures that we are, foolish and hard-hearted (see Is. 43:11; 45:5-6).

There is a better way than this approach, which leads to despair and distrust of God. Here’s what pastor-theologian Mark Dever says in a brief aside in his New Testament theology:

There is no question of God’s judgments being uncertain or ineffective, inadequate or wrong. No, God’s judgments are complete, accurate, and appropriate. Certainly neither you nor I know every wrong done in every place at every time by every one who has ever lived. Nor do we have the moral character to measure wrong perfectly, or even well. But the God of the Bible does. He stands as an eternal, ever-present, and ever-truthful witness, as well as an ever-wise, ever-merciful, and ever-just judge. Trust God for his perfect justice. (Promises Kept: The Message of the New Testament, 539)

I’m thankful, in addition to these pastoral words, that Paul Copan has just reviewed the aforementioned work of Eric Seibert. The Gospel Coalition just published Copan’s review, and it’s quite helpful. Copan gets the biblical tension between grace and justice right, I think; beyond his notable book (and two forthcoming books on this very issue), readers could also strengthen their understanding of this issue by studying Jim Hamilton’s God’s Glory in Salvation Through Judgment, a book that unpacks the Bible’s central message and that shows that judgment is a crucial part of this message given the reality of human sin.

Here’s a selection of what Copan has to say Seibert’s argument:

Seibert calls us to read the Scriptures discerningly, but his own hermeneutic promotes undiscerning selectivity that ignores the very stance of the NT and Jesus himself.

“Behold, the kindness and severity of God” (Rom. 11:22). Seibert emphasizes God’s kindness but, in Marcion-like fashion, denies God’s severity—essentially expunging many “divine judgment and wrath” texts from his “non-violent canon.” Even the chief OT text describing God as “compassionate and gracious, slow to anger, and abounding in steadfast love and faithfulness” (Exod. 34:6) is immediately followed by these words: “But he will by no means leave the guilty unpunished” (Exod. 34:7; cf.Exod. 20:6). Moreover, the prophet Habakkuk pleads with God in light of pending judgment on Judah: “in wrath, remember mercy” (3:2). Seibert is right to remember divine mercy, but wrong to fail to acknowledge divine wrath. Despite his attempts to correct the church’s thinking about violence in Scripture, Seibert himself often does violence to Scripture in the process.

However you can, get equipped on this issue. The rightness of God, and the need to warn sinners of the imminent return of Christ the Warrior-King which resolves our cosmic need for justice, disposes us to study, and think, and speak.

March 14, 2013 Un-forgetting the Forgotten: The Legacy of Jan Huss
Browse Our Archives
get the latest updates from
Thought Life
and the Patheos
Evangelical
Channel
POPULAR AT PATHEOS Evangelical
1 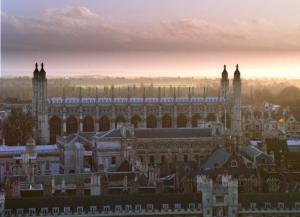 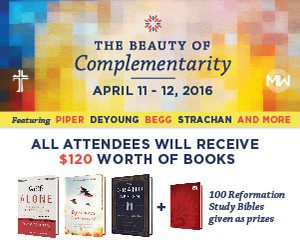 I Am Not the King
Allen Taylor has written a new book. It’s called I Am Not...
view all Evangelical blogs
Copyright 2008-2021, Patheos. All rights reserved.