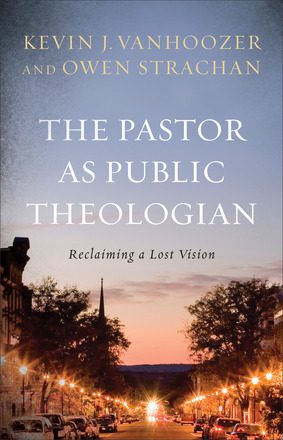 I’ve enjoyed the lively conversation that has emerged over this question: are pastors scholars?

Some of the conversation has engaged the book Kevin Vanhoozer and I recently published, The Pastor as Public Theologian: Reclaiming a Lost Vision (Baker Academic, August 2015). In the book, Vanhoozer and I make the case that the pastor is the “organic intellectual” of the Christian community. Said another way, the pastor is a theologically-informed generalist whose preaching makes good on the claim that all things cohere in Christ.

I coedited an earlier book on this theme with David Mathis. John Piper and D. A. Carson each authored formative chapters on their callings in The Pastor as Scholar, the Scholar as Pastor (Crossway, 2011). When publishing this short book, we debated whether to use the term “scholar” or “theologian.” We went with scholar, but could easily have gone the other way. I note this because I think some folks have tripped up on the word “scholar,” which I understand.

Some folks have said, fairly strongly, that it’s frankly not possible in general terms for a pastor to be a scholar. See Mark Jones’s Reformation 21 blog and also Andrew Wilson’s Christianity Today piece. Both of these offer good food for thought. Derek Rishmawy also has a helpful round-up post. I strongly commend the stimulating work of Gerald Hiestand and Todd Wilson in The Pastor Theologian. Mike Kruger clarifies things in his own blog, and offers a good taxonomy. Andy Naselli gives us good thoughts, and multiple lists that are characteristically resource-filled. Over at the Gospel Coalition, Jeff Robinson shares from his own experience and gives strong counsel.

In sum, as you can see, there is a lively conversation taking place about what exactly it means to be a pastor. This is all to the good, and I’m pretty sure that everybody I’ve mentioned actually agrees in this: pastors do expressly theological work. I see that agreement as a big win.

I do have three quick thoughts on the various responses to The Pastor as Public Theologian and the broader conversation.

First, what Vanhoozer and I seek is, fundamentally, the owning of a theological office. I think this is actually quite clear in the book. Our burden is to help pastors see themselves as stewarding the mysteries of God. The work of a pastor is suffused with glory and smells of eternity. This is because the pastor traffics in theological realities that shape thinking and doing. It cannot be otherwise. In everything–counseling, teaching, evangelizing, leading, shepherding, even administering the business of the church–the pastor is carrying out work that simply would not exist without Christ, the Word, the Spirit, the holy Trinity. Everything, you could say, is theological, or theistic. All is from God, and unto God.

Everybody’s got their own take in this conversation, and that’s great. But let the record be clear: Vanhoozer and I, in terms of first principles, simply want pastors to recover the glory of the pastorate, to see that this is an otherworldly office. That’s our chief burden. It is an office grounded in pulpit proclamation that takes dominion of all things, and is not shy about doing so, contra what you’ve heard from your average management guru.

Second, Vanhoozer and I aren’t calling pastors to be academicians. This, too, seems pretty clear in The Pastor as Public Theologian. In the prior book I edited, Piper and Carson make no bones about this as well. The pastor might be an academician; that’s possible. Some pastors actually can pull this off. That is, they can make contributions to the scholarly guild. But one need not be a chaired professor to own the pastorate as a theological office and make good on this identity.

I would say, too, that some of the writers mentioned above seem to adopt an overly academic understanding of scholarship. There isn’t just one version of scholarship, after all. Some scholars write for the broader academy, others write for the church, still others own the title of “public intellectual.” There’s a fruitful debate to be had about each of these spheres of scholarship and exactly where the lines should be drawn. But suffice it to say, in my own humble mind at least, that Mark Noll, Tom Schreiner, and Niall Ferguson are each scholars, but are doing fairly different things in their day-to-day work, and with different audiences.

Yes, a scholar usually specializes in a field. But some seem to think that this means that scholars don’t usually speak outside of their discipline and also that they avoid speaking in anything but the plummy tones of theory. This is not true, however. A scholar makes an academic contribution and is recognized as an expert in their field, but they may ply their expertise in different realms. Noll wields much influence in both the academy and beyond on historical matters; Schreiner helps shape evangelical theology; Ferguson writes at the level of expert for both fellow scholars and the broader public on international relations. Each man is a scholar; each man speaks to a different (and sometimes overlapping) audience.

So, to synthesize: Vanhoozer and I don’t yearn for pastors to contribute, as a matter of first priority, to highly specialized academic journals on arcane topics. But we do want pastors to work in richly theological fields, seeing them as ripe for harvest. We do also recognize that some pastors, again, can make theological contributions of different depth and breadth. I’m not willing to say that this is impossible, or even improbable, for all ministers. It isn’t.

It will be harder for some pastors than for others, to be sure. Both a small-sized church and a huge-sized church, actually, might present the biggest challenges to some kind of scholarly engagement. But a good number of pastor-theologians can both own their theological office and, it must be said, laser in on some kind of contribution they can make in a “scholarly” sense, though the audience may vary.

Third, there are examples of pastors doing this kind of work. Check out the pastors’ testimonies in The Pastor as Public Theologian along these lines. They’re valuable.

Also, think of the following examples–these are men who own the pastorate as a gloriously theological office and whose work involves some kind of “scholarship,” whether aimed at the academy or the church.

–James Boice on the church and culture

This is the merest sprinkling of examples, as you can see. The point is this: it is possible to be a pastor-theologian who not only feeds the sheep a rich theistic diet (which is the essence of the office per Christ’s words to Peter in John 21), but makes contributions beyond the pulpit. This is not essential for the pastor-theologian. But it is possible, and welcomed, and occurring more than we might think.

Let not the pastoral wings be clipped, nor unfairly burdened, say I.

December 17, 2015 In Support of Wheaton College: Can Evangelical Schools Be Evangelical Anymore?
Recent Comments
0 | Leave a Comment
"Your article is so long that I will refrain from addressing each of its arguments. ..."
Salvatore Anthony Luiso Why I No Longer Speak French: ..."
"Great take down of French! Why would a Presbyterian like French care about what Baptists ..."
Roger McKinney Why I No Longer Speak French: ..."
"I'm just going to jump on here to say Jarvis Williams commentary on Galatians is ..."
Steve_Yellowknife_Canada No, Assigning “White” Authors Is Not ..."
"Thanks! Cant wait to read your book. Why is Williams still at Southern? Anyone with ..."
Roger McKinney No, Assigning “White” Authors Is Not ..."
Browse Our Archives
get the latest from
Thought Life
Sign up for our newsletter
POPULAR AT PATHEOS Evangelical
1

Steven Furtick is the Most Dangerous...
The Chorus In The Chaos
Related posts from Thought Life 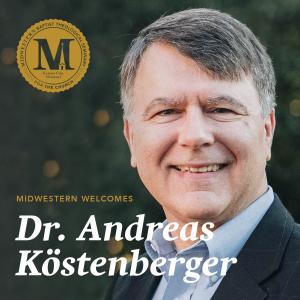