This week, a new variation of CRISPR called “Prime Editing” has come into the spotlight. The main method used before was CAS9 which cuts the DNA but prime editing does only “nicks” the genes.

The Guardian reported on this. Here are a few selections:

The procedure, named “prime editing”, can mend about 89% of the 75,000 or so harmful mutations known to mangle the human genome and lead to conditions such as cystic fibrosis, sickle cell anaemia, and a nerve-destroying illness called Tay-Sachs disease. […]

“This first report of prime editing is the beginning rather than the end of a longstanding aspiration in the life sciences to be able to make any DNA change in any position of a living cell or organism, including potentially human patients with genetic diseases,” said David Liu at the Broad Institute of MIT and Harvard in Cambridge, Massachusetts. […]

Writing in the journal Nature, the scientists describe how they made 175 different DNA edits to human cells with impressive precision. In one demonstration, they corrected mutations that cause the inherited blood disorder, sickle cell anaemia. In another, they removed the four extra DNA letters in a particular gene that cause Tay-Sachs disease, a rare condition that destroys children’s nerves and usually proves fatal by five years old.

Before prime editing, it was impossible to make such a range of DNA changes in so many different cell types without leaving behind insertions, deletions and other genetic detritus that can interfere with the workings of the edited cell. […]

While the efficiency of the edits – about 50% in some cases – would be good enough for scientists conducting basic research, he questioned whether it would be useful for scientists working on live animals.

There are two moral arguments about this, which apply to any kind of gene-editing: IVF, and germ-line editing. After exploring those two, I will offer a side argument and some good news.

If a couple wants to prevent themselves from having kids with these genes that they have, they can do IVF. However, making babies outside a loving marital act has many issues. Catholic Teaching is clear on this and I don’t think I need to explain more (but you can read some articles where I’ve explained it more).

Second, we have the issue of editing germline cells, sperm and egg, as these will be passed on to others. In general, most countries and the international community are moving towards banning these. I pointed out earlier that the arguments against a moratorium are inadequate.

A big argument here is that Prime Editing is so much more accurate and less likely for genetic side effects than CRISPR-CAS9. I would be a little hesitant to proclaim this so soon. When CRISPR-CAS9 came out, scientists thought it had few side effects but later on, they discovered it made insertions and deletions in places they didn’t look. Plus, as they themselves admit, I don’t know if 50% success is good enough for inserting gene-editing enzymes into my body. In some medicine, 50% is worth trying but the possible negative side effects of gene-editing make most of us a little more cautious.

The good news about this is that if it is done without touching the germline, we can evaluate it on par with other medical procedures. We could theoretically now, and probably in the coming decades, insert these enzymes into a gland that fails to make a hormone due to genetics or into a cancer cell to turn off its rapid replication. There is no particular moral issue with changing the genes in non-germline cells to correct a serious dysfunction.

Note: Please sponsor me on Patreon so I can write more on genetics and bioethics. 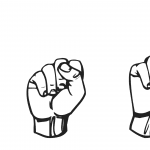 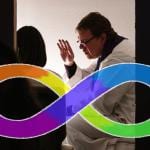 October 23, 2019 Autistic Confession: Tips for Both Sides of the Screen
Browse Our Archives
get the latest from
Through Catholic Lenses
Sign up for our newsletter
POPULAR AT PATHEOS Catholic
1 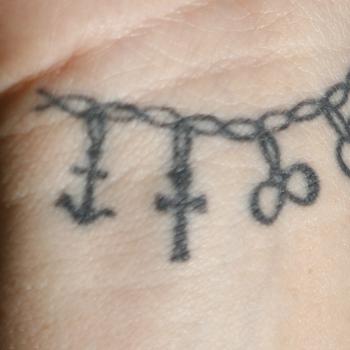