This is an old article of mine about genetic privacy from 2017. You can note my initial interest in the topic of privacy which in the 3.5 years since has become a big part of my doctoral thesis. I had posted it on ZENIT. With ZENIT suspending operations at the end of 2020, I fear it will go offline, so I’m reposting it here in full.

In recent days [in 2017], the issue of whether employers and insurers can require genetic tests has come up in both Canada and the US. In Canada, Liberal backbenchers went against their Prime Minister, Justin Trudeau, to join with the other parties in passing a bill that prohibits employers or insurance companies from forcing you to do a genetic test, or punishing you if you refuse. Now the US Congress is considering a bill that would allow companies to spike your insurance 30% if you refuse a genetic test.

How does this square with Catholic teaching? I think it is the most insidious form of discrimination in the history of mankind. It proceeds subtly but has absolutely devastating effects.

Other forms of discrimination were based on what people assumed to be better genetics but when they only based it on external observable facts that at least respect people’s privacy. The Catholic Church is always been against discrimination and also believes in respect for privacy.

The doctrine on discrimination, leaves no room for doubt that we can’t discriminate against someone based on their genetics. 2433 of the Catechism states: “Access to employment and to professions must be open to all without unjust discrimination: men and women, healthy and disabled, natives and immigrants.” And 2276 expands this regarding the disabled: “Those whose lives are diminished or weakened deserve special respect. Sick or handicapped persons should be helped to lead lives as normal as possible.”

Having health insurance shoot up to astronomical levels if you have certain genetics or being rejected in employment for something that is private and invisible seems clearly against living “lives as normal as possible.”

There are many disabling conditions that have a high genetic component but are not 100% diagnosable by genetics: are we going to now alienate not just those who are actually disabled but those with high genetic risk too? Plus a good number of these conditions are often manageable in a way that doesn’t prevent them from doing amazing work, without he healthcare costs.

For example schizophrenia, bipolar, and autism are highly genetic but not absolutely determined. These can’t be ignored because together affect about 7% of the population. However, with therapy and/or medicine most who live with these conditions can hold down pretty normal jobs. Many times this medication is relatively cheap. I’ve known people with these who’ve worked pretty normally as a writer, a nurse, a research scientist and in religious ministry, and in all 4 cases, they kept their condition hidden (people open up a bit to a priest and I’ve had such wide experience nobody could figure out who these are).

The Church doesn’t lay out a direct “right to privacy” but this arises from what it says about private information and the truth in Catechism 2489-2492. “Charity and respect for the truth should dictate the response to every request for information or communication… Respect for privacy… [is a] sufficient reason for being silent about what ought not be known.” Also, “Everyone should observe an appropriate reserve concerning persons’ private lives.” Although the rest of this number is about the dangers of tabloid journalism, it applies to non-public people here trying to conduct an ordinary business transaction – buying insurance or signing an employment contract – without having to reveal unnecessarily private and detailed information about themselves.

Furthermore, “Private information prejudicial to another is not to be divulged without a grave and proportionate reason.” Obviously, your genetic material is private and the use by an insurance company or employer is prejudicial in its intent even if not in your case due to good genetics.

Using genetic information to make employment or insurance decisions crates a eugenic mindset. It creates a mindset that some people are intrinsically more valuable than others. It tends towards reducing the value of the human person to the value of their genetics. It creates this atmosphere even if nobody is killed because it divides people.

Obviously, there are a few related issues and objections. I find two.

If a certain genetic marker was indicative of an undue hazard to human life in a certain job, a test showing that marker alone might be acceptable for an employer. For example, if we found out a certain marker meant almost certain death in zero Gs for long periods, it would seem acceptable for NASA to insist on testing for that marker for astronaut applicants to avoid turning them into suicide missions. However, forcing tests for other genetic markers unrelated to space flight would still violate privacy.

The whole issue of pre-existing conditions in health care. A health insurance company can ask you if you’ve had certain health problems. And even though such information is usually private, it would seem acceptable for them to base price on this due to risk factors. (This is morally acceptable so long as society finds a way to allow people with high risk but low-to-medium income to get quality health care – I’m not getting into the political debate.)

However, pre-existing conditions are far different than genetic tests in several key ways. Both are privacy but different degrees – genetics are most intimate to ourselves, medical records are private in the sense of protected data but are not absolutely private as they are shared with other doctors and medical staff. Most of the time, pre-existing conditions are to test for major issue not minor ones: if you’ve had a heart attack, not if you caught the flu once or twice last winter. DNA, on the other hand reveals everything and can’t be hidden. Finally, if you don’t reveal a pre-existing condition, usually the result is that condition won’t be covered but the threat with refusing a DNA test would be no coverage, or, at least, no affordable coverage. (I recognize that pre-Obamacare some serious pre-existing conditions meant outright denial which has different moral problems.)

We must stand up to the Gattacaesque world that is being created that reduces people’s value to their genetics. Our DNA is private and no employer or insurance company should ever be allowed to force us surrender it. If we respect the 5th amendment regarding crimes, we should respect it regarding genetic disorders.

You can still read the original on ZENIT but I’m not sure for how long.

Note: As always, I appreciate those who can sponsor me on Patreon each month. 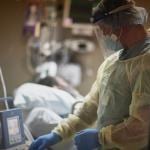 January 6, 2021
Withdrawing Ventilators in Triage: A Catholic Approach
Next Post 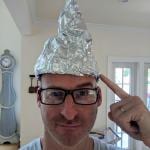