One insidious aspect of the culture of death is the idea we can kill “undesirable” or “unsuitable” people. Peter Singer has supported killing those who have yet to achieve suitability or who’ve lost it never to regain it. He just wrote a new piece with coauthors defending eugenics. Let me summarize, then note why Singer matters.

The authors begin by noting that many contemporary secular bioethicists are eugenicists in practice. They note:

Everyone who considers pre-natal testing justifiable, or who thinks women should be free to weigh genetic information in the selection of a spouse or a sperm donor is a eugenicist.

I agree. Pope Francis agrees. In fact when talking about such practices, he said:

The murder of children…to get a peaceful life an innocent [person] is sent away…We do the same as the Nazis to maintain the purity of the race, but with white gloves. It’s an atrocity but we do the same thing.

Obviously, that lacks the word “eugenics,” but I doubt any person reading it misses that implication. However, instead of realizing how horrendous current practices are, Singer wants to defend eugenics, even “without white gloves” as he rightly does that does not substantially change ethics.

Singer attempts to argue that telling women not to drink too much or consume alcohol is “eugenics.” But that betrays the normal sense of the term. Although eugenics means “good birth” etymologically, it has always been about controlling the gene pool through the choice of mates or through eliminating undesirable people.

Singer quotes himself asking a question he thinks is rhetorical, and his readers would answer “no” to. However, Pope Francis and I loudly answer “yes!”

Does our acceptance of prenatal diagnosis and selective abortion mean that we are ‘drifting toward a eugenic resurgence that differs only superficially from earlier patterns’.

If we kill a baby in a petri dish or an adult in a gas chamber, we killed someone because they were disabled.

This whole argument is ultimately to defend his position that we should be able to kill the disabled.

Singer’s theories are morally repugnant. However, I think he is worth reading for Catholics who have studied some good philosophy and want to understand moral issues of the modern world. Peter Singer is important for two reasons.

First, he is well-known and influential among other academics and thinkers. Other secular academic philosophers regularly note that he is one of the most-read contemporary philosophers and he’s even been called the most influential living ethical philosopher. To respond to the world, we need to know the world.

The second reason will likely only make sense if you have studied some good philosophy, hence why I only recommend reading him if you have such a background. Peter Singer shows the need for substantial form. He is the best ethics we can get without substantial form, and the horrendousness of his theories demonstrates a significant problem with denying substantial form.

Philosophy has been caught in nominalism since Ockham and especially since the enlightenment. In nominalism, there is nothing common deep down that makes us all equally human. Most contemporary secular thinkers say this in theory but then in their ethical theories, they bring in moral principles that nominalism can’t support. Peter Singer has the intellectual virtue of being rationally consistent, even if the conclusions are so scary.

One of Singer’s main contributions is trying to resolve the question of ethical community in a nominalist system. In a philosophical understanding that includes substantial form, this is easy: humans deserve respect because they are humans (have/are human substantial form). He recognizes there is something different between a man and a bug such that it is moral to kill a mosquito but not a man. But he exists in an intellectual world where we can’t attribute it to some common human nature. So, he looks around for what makes men more ethically valuable than snails.

Without being able to say there are types-of-things in essence like humans, dogs, and spiders; the best he can find I each thing’s achieved abilities. Achieved abilities might sound nice, but they end up with radical results like Singer being in favor of infanticide of the disabled, or arguing cows have more rights than newborns (a full-grown cow can do more than a newborn human). This is like flailing in the dark looking for something like substantial form. It definitely isn’t good, but it actually might be a step in the right direction that might help lead secular philosophy back to substantial form in 50-100 years.

We often live in the culture of death. Peter Singer’s philosophy is an example of this culture of death. As an intellectual, some might be want to dismiss him, but what is commonly believed in academia often trickles down over the following decades.

We need to both understand people like Singer and refute them on their own terms. We can’t just say “Catholic ethics is the best” without engaging and refuting pro-eugenics stuff like this. People really want to kill disabled people just because they’re disabled. We need to defeat these ideas in intellectual circles, and in practice.

Note: Please support me on Patreon so I can keep writing more on issues like this. 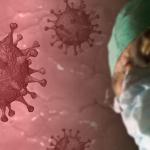 June 16, 2021 The Secular Value of the Sacrament of Confession
Browse Our Archives
Related posts from Through Catholic Lenses

Demos Speaks: Rome Silent
Recently, a top cleric at the Vatican released a document through L’Espresso...
view all Catholic blogs