Ron Sandison for The Art of Autism blog contacted me a few months ago about doing a story on me. He wanted to cover both my younger life and now as an autistic priest. I accidentally forgot about it and he needed to remind me but eventually, I found time to answer his questions. He used these answers and other info you can find online to write a profile of me for his site. The Art of Autism is a site for promoting autistic individuals and our work in fields such as arts and humanities. It is not religious but nor is it militantly secular where religion or religious experience is immediately discounted.

You can read the whole profile over there but here are the first lines:

“I have what’s kind of a stereotypical autistic memory for details and facts, which has been helpful in different ways as a priest.” Matthew Schneider

Father Matthew P. Schneider has over 65,000 followers between Twitter and Instagram and is completing a doctorate in moral theology and is in the final edit for a book on autistic prayer.

Shortly after his ordination in his early thirties Matthew was diagnosed with autism. This diagnosis gave him insight for his vocation in the priesthood.

Matthew was born in Calgary, Alberta, Canada and was the only boy out of four children.

“My childhood was generally uneventful. I had a very happy home life, my parents were loving and accepting of all my quirks. I did well at school. I was top five in academics and didn’t focus as much on friends as most kids did but I didn’t think of that as an issue at the time.

As a child proprioceptive, a difficulty understanding one’s body in relation to other objects and people caused Matthew to appear clumsy and awkward. Due to awkwardness he experienced some bullying as a child but his size protected him from physical abuse. Middle school years were an especially awkward period.

Read the rest over on The Art of Autism.

Note: I don’t get paid for such interviews and my community relies on donations so if you want more autistic Catholic content, please support me on Patreon. 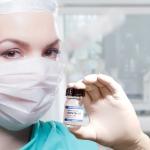 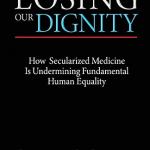 August 17, 2021 Christian vs. Secular Bioethics in Losing Our Dignity by Charlie Camosy
Browse Our Archives
Related posts from Through Catholic Lenses