The Gods of Stone are Alive and Well

The Gods of Stone are Alive and Well January 22, 2018 Guest Contributor

There are few theological battles in Paganism that rival the Christological debates of the Early Christian Church. I would go so far as to say that there is really only one theological debate that is actively considered—that of hard and soft polytheism. I think it’s been done to death, but hard polytheists were recently accused of arguing that the gods are static, dusty, and unchanging as stone on Patheos, and I would like to contribute to that discussion.

If we break down the implied dichotomy of “My Gods Are Wild And Alive”, and the explicit argument put forth, it can be stated in its most basic formulation that hard polytheists only and exclusively subscribe to the beliefs of cultures before the Christian epoch and insist on rigid orthodoxy of belief. The article says this is wrong. Of course it is, but not for the reasons put forth.

First, most pre-Christian texts are either missing or incomplete. This is in large part due to neglect by ascendant Christian theologians and philosophers, and in part due to environmental degradation to the biodegradable materials pagans used. A Christian educated class had little use for these texts, but could scrape the parchment and vellum and reuse it for their own purposes. Environment and a change in the educational priorities of the majority of people contribute to a vacuum of knowledge on the subject of what ancient people actually and thoroughly believed. Even the most strident reconstructionist, let alone a non-reconstructionist hard polytheist, would recognize the incomplete record, and could not in good faith demand orthodox adherence to it.

Second, I don’t think anyone is making the claim that the gods are entirely static and without change, and would sincerely and respectfully disagree with anyone who would make such a claim. Even Ancient Pagans did not make this claim. The gods of old were dynamic and changed a great deal from era to era. Even up to the 1420’s when Gemistus Plethon argued that the dying Byzantine Empire should return to the Hellenistic gods of their ancestors, the gods invoked had changed. Plethon provides a formulation of the Hellenistic gods that would be considered foreign and alien to the Greeks of the Fifth Century BCE, even with his defense of Platonism against the elevated status of Aristotle in the early Fifteenth Century CE. But this claim of change over time is a point where we are in agreement.

What the soft polytheist doesn’t recognize, however, is that, despite the outward changes of the gods over time, there is something still fundamentally recognizable. Plethon’s Zeus of 1420 CE is still recognizable as Plato’s Zeus of 400 BCE. Accepting that the “essence” of the deity is unchanging even while the outward “face” of the deity changes is a step too far, however, as the claim is made that the gods are beyond definition. But how can dynamism be measured unless you can define the two states of comparison? Something that cannot be defined cannot be dynamic. Even with limited senses and understanding, a limited definition is still inherent to any theological claim, soft or hard.

Denying that the gods have some form of definition, even if we have to treat it as an unsolvable “mystery” along the lines of Christian Trinitarianism or the Christological Hypostatic Union, relies on us falling back to a couple of strategies that have their own inherent problems. The first is to say that the gods are all emanations of a single divine source—a monistic understanding of soft polytheism. Depending on how this monism is understood, you either end up with monotheism-lite or a divine monad that lacks agency, which directly contributes to the second strategy—archetypal metaphor. Paganism through the 20th Century has heavily relied on Jungian archetypes in explaining Pagan theology.

The shortcomings of Jungian philosophy as it applies to the interchangeability of various cultural pantheons would need to be the subject of another article; however, the main shortcoming is the inherent justification for appropriation of gods from one pantheon and plunking them down in the context of another since “Ganesh is basically the same as Bacchus anyway.” The real, material, social, and political ramifications of this do not simply stop existing because one chooses to view the gods as infinitely interchangeable. There is clear definition separating gods from one another, both in history and in the present. Recognizing this does not demand the gods be static, dust covered, and carved in stone.

As a hard polytheist, I do believe that my gods are unique with individual agency. While I can accept that Odin and Wotan are essentially the same, as well as Dionysus and Bacchus, I find it impossible to entertain that all gods are just different faces of one god, since this implicitly supports the notion that Odin is Bacchus and Dionysus is Wotan. Insisting that the gods cannot have individual and unique agency as the only way to avoid dogmatism is, itself, insistent on its own orthodoxy. No religion will ever be free of dogmas—even Paganism is replete with them—but we must try harder to ground our vision of the gods in the gnosis of those who came before us, even as we have the ever-evolving and ongoing revelation of our own personal gnosis.

The Ancient Egyptians’ theology demanded a rigid intersection of religious and secular political authority, with the Pharaoh the gods’ living, bodily representative on earth. Such an arrangement doesn’t make sense at all today, so it is disregarded (with the exception of the Kemetic Orthodox Church, but even the theological arrangement concerning the Kingly Ba is heterodox to what the Ancient Egyptians would have found acceptable in their own time). But Ra is not Augustus Sol Invictus. Amun is not Zeus. Isis is not Hera. The worship of the gods is dynamic, but does not require a polemic against stodgy old dogmatists that don’t exist. Pay homage to what has come before, expand upon it to build a modern corpus, bringing the prayers, rituals, and understanding of the gods thousands of years forward into the present.

ABOUT OUR GUEST
Part-time witch, part-time human, Brandon is a seeker of what lies within. Having once entertained joining a Catholic religious order in his youth, he has brought this devotional enthusiasm forward into the Pagan faith he now calls home. Always a seeker for deeper meaning and understanding than what lies on the surface, he entertains himself by following mental rabbit holes of Pagan thoughts on the gods, on ritual, and what effect and impact they have on the material world around us. It is Brandon’s belief that theology, philosophy, and art are integral to building the Pagan community and securing its place for future generations. When he feels up to it, he maintains a blog at http://anexamenofwitches.wordpress.com. 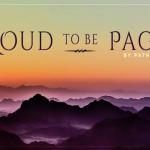 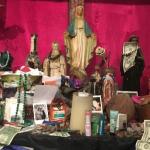 February 28, 2018 Embrace the Power of Offerings
Browse Our Archives
get the latest from
Through the Grapevine
Sign up for our newsletter
POPULAR AT PATHEOS Pagan
1

The Toxicity of Crystals and Ways...
Keeping Her Keys
Related posts from Through the Grapevine