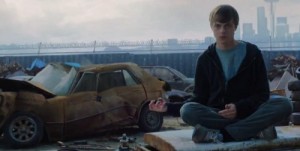 What with all the “Dark Knights,” “Smallvilles” and “X-Men: First Class” of the world, we thought we had seen everything there was to see about becoming superheroes. Hold on to your tights, Batman! The new movie “Chronicle,” about a trio of high-schoolers who develop superpowers, remakes the genre in a way that is fresh and new.

Putting the “found footage” genre of moviemaking techniques to good use, the film is part “Smallville” but also part “Carrie,” which gives a well-trod subject some new super-bounce.

Andrew (Dane DeHaan) lives with his drunken father and dying mother, a loner at his Seattle high school. He finds his only companion – it would be too much to call him a friend – in his cousin Matt (Alex Russell). One could argue Andrew’s best friend is the new videocamera he uses to chronicle every minute of his life, a presence that increases in importance as the film goes on.

The two attend a party, Andrew oddly filming himself and everyone on the dance floor, and meet up with Steve (Michael B. Jordan) in one of those drunken, unlikely alliances that happen at high school raves. Steve is everything Andrew is not: Confident, popular, and exuberant in his budding future.

The three investigate a hole in the forest floor, finding a glowing rock. Things go very weird, shown cleverly through the intermittent failure of the camera to record the proceedings, and when the three wake up, they find they have the power to control objects with their minds.

This is where the film gets fun. Without all the “with great power comes great responsibility” lecturing, the boys use their new powers as boys will do, starting with blowing wind up cheerleader’s skirts, throwing rocks at each other’s faces, and leading to an aerial game of football.

Instead of Spidey’s take home lesson about responsibility, the key phrase of this film should be “Absolute power corrupts absolutely.” Andrew, already troubled, introduces the first dark note when he punishes a honking, tailgating driver with what can only be described as overreaction.

His wrestling with the implications of his power and the two friends with him drives the rest of the movie and takes it to profound heights. DeHaan plays his role very well, with increasing hubris, reminding one of a young Leonardo DiCaprio. As his power grows, so does his dissatisfaction with his family, friends, and high school classmates.

The “found footage” style of filmmaking, hardly novel anymore, becomes a character in itself. The movie is viewed entirely through amateur screens: Andrew’s camera, another teen’s camera, then later, security tape, iPhones, and police dashboard cameras. At times Andrew plays with the camera, floating it with his mind into wide shots or panning shots, no camera man necessary. This is of course, an irony, as it takes skill to make it seem there is no camera man.

In one telling moment, an enraged Andrew faces a crowd and pulls every phone, camcorder, and iPad from them, arranging them around himself in the air to record himself at every angle.

It’s as if nothing is real unless captured on video tape. The all-seeing eye of the professional filmmaker has been replaced by the ultimately more invasive eye of constant documentation by the average person.

As with all superhero stories, the truth is not found in the extra powers, but in the character of the person wielding them. Andrew may be the strongest in power, but Matt and Steve must decide where they fit in and how long they will tolerate Andrew’s behavior. They’re just ordinary kids, but power has found them and they have great responsibility, whether they like it or not.

It all adds up to a fantastic film, the first truly great film of the year. I recommend it highly.

Rated PG-13 for intense action, sexuality, some teen drinking, and some language. The film is not really objectionable except for one story line involving Andrew’s attempt to lose his virginity. In the context of the film, this is a good thing. It’s a small part of the film, and not graphically shown except for a brief shot of him with his pants down and no nudity, but it is talked about and parents should be aware. 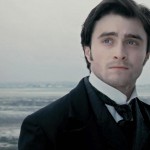 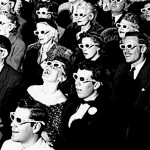 February 4, 2012 Movies are Supposed to be Fun: A Response to WaPo
Browse Our Archives
get the latest from
Family
Sign up for our newsletter
POPULAR AT PATHEOS Family
1