Is Tribal Christianity as Dangerous as Tribal Islam?

This morning I read two stories from the New York Times that speak volumes about the political events that are shaking our country and the world.

The first was a story about a young Afghan woman who was attacked, beaten, and viciously killed by a lynch mob who “thought” that she had burned a Quran. Rather than engaging in the blasphemous action of burning a holy book, it turns out that 27-year old Farkhunda Malikzada was a devout young Muslim woman who was, in fact, defending Islam and attempting to stand up for the dignity of a group of poor women who were being exploited by corrupt male leaders at a local mosque.

As an educated woman, Farkhunda was appalled by the actions of a fortuneteller at the mosque who was exploiting women’s superstitions and their desires for husbands, pregnancy, and male children by selling them amulets purported to heal their ills. She confronted the mosque’s custodian and the fortuneteller saying, “You are abusing the women. You are charging them money for something that is not Islamic, that is not religious.” For her actions, she was framed and violently murdered.

Her murder is calling into question the quality of the Afghan justice system and the attempts of Western governments to try to modernize and democratize the Afghan legal system as Western global democracies seek to move Afghanistan into their vision of 21st century justice and modern civilization.

The problem is that governance, legal systems and even notions of what justice is are all culturally bound and in order for them to function effectively, they must be based on the consent of the governed. That consent is a reflection of the wisdom and knowledge of the governed. In short, government, politics, and legal systems are cultural notions that can only function if they are consistent with the norms, beliefs, and values of the governed.

Now, I am not a moral relativist, meaning I do not believe that any action is acceptable simply because a group or culture says that it is ok. As a Christian ethicist and moral theologian, I believe that there are moral absolutes that are recognized in various ways across time, culture, and religions. Some of these include the idea that life is sacred and human dignity must be respected; that we have an obligation to love and care for our family and community; and the belief that human dignity warrants care and protection for those who are most vulnerable in society.

These are Christian values and beliefs and they are rooted in Christian scripture and tradition. However, these are not exclusively Christian beliefs. Most particularly, I believe that human communities and societies throughout history have recognized a certain value and dignity in human life that has expressed itself differently in different cultural and religious locations. Often our disagreements are not about a core value, like the sacredness of life, but about who warrants protection, who is included in one’s family or community, and what actions might put one outside of the warrant for protection.

In our encounters with countries in the Middle East, and particularly Islamic countries, Western nations often seek to impose our culturally appropriate systems of government and justice without the deep recognition of how systems of governance and justice must reflect the communities that they seek to govern. Learning how to identify the core values that need to be affirmed and seeking to build new governance systems and legal codes that reflect those values in culturally meaningful ways offers a surer pathway toward stability and justice than the cultural imposition of Western systems in ways that fail to recognize the importance of religion and culture at the heart of our political systems.

The second story was about the struggles in South Carolina to deal with their very real racist past and present. In the wake of the murderous, racist attack of a white supremacist that killed nine African-American Christians who were gathered together for a Wednesday night bible study this past June, the SC legislature voted to stop flying the Confederate flag over the SC statehouse. In a compromise, it was agreed that the Confederate flag would be moved to a museum for “appropriate display.”

But the controversy over the Confederate flag in SC is just the tip of the iceberg as cities, states, and institutions across the country struggle with what to do with our own racist past and the legacy of racism that continues to plague our population and the institutions of our society. While some want to dismiss the appallingly high rate at which young black men are killed by police in our society as the actions of “a few bad apples” the reality is that institutional racism means that these “bad apples” are not culled from our forces and replaced with officers who are better prepared to care for the health and safety the communities they are charged with policing.

Studies have shown that the impact of negative social messages about various groups impact people in subtle and subconscious ways. It is very difficult to imagine how we will help move millions of people past our biases in anything but the slowest and most careful of social transformations. But we do know that institutional racism is easier to identify and transform.

Brown vs. the Board of Education did not elimate racism in the South but it highlighted the inequalities that were the foundation of legalized, institutional racism across the country. That ruling did little to impact the ingrained racist beliefs of individuals who fought integration but it made that form of explicit racism socially intolerable and it helped pave the way for younger generations of US Americans to be shaped morally and culturally in different ways.

Stories of dysfunction and violence in Islamic countries and stories of institutional racism and xenophobia in the US are the stories that have dominated the US news cycles for the past several years. These stories are more related than they might seem.

Right now, our country is mired in a resurgent Islamophobia that threatens to undermine our history as an immigrant nation. While it is true that our history includes the colonization and genocide of Native populations as well as previous xenophobic reactions to new immigrant waves from Ireland, China, and most recently Mexico and Latin America – we, as a nation, are better than the worst side of our history.

As a nation we also have amazing stories and examples of wave after wave of communities of immigrants who have added to the strength, diversity, and health of our civic body. As a nation, we have the capacity to remember our own immigrant history and either the torture and oppression that our ancestors once fled or the dreams for a better future that drew them to our shores. In our own history lies the power of our better selves, the power to reject the fear and drumbeat of Islamophobia being raised by fearful and conservative factions across the country who seek to blame and ostracize those in our communities who are not white and Christian.

I, too, am white and Christian. But my knowledge and experience of Christianity is vastly different from the image of Christianity that currently dominates media and cultural depictions of Christianity.  I recognize that both the Christian tradition and my US American tradition call us to a vision of justice that seeks to protect and care for those who are the most abused and reviled in society. Just as Jesus stood with lepers, prostitutes, tax collectors and all those who were most reviled in his day – we are called to do no less. We are called to recognize the terror, war, and devastation that prompt refugees to flee their countries and seek a safer and better life in stable communities elsewhere.

While it is true that many countries like Afghanistan and Syria are mired in conflict, dysfunction, and attempts at totalitarian control; we must be careful to look for the log in our own eye before we seek to pick the speck out of our neighbor’s eye. The conflict, dysfunction and attempts at totalitarian control that we are seeing in our own experiences of institutional racism, calls to ban Syrian refugees from our shores, and the fear-mongering that marks too many politicians (Presidential candidates as well as governors and state legislatures across the country) are a reflection of the extent to which we have much to deal with at home before we start pointing fingers and demanding justice on our own terms.

The role of religion, and specifically of Christianity, in supporting racist claims of white supremacy have not been adequately acknowledged in our society. Expressions of “God, Family, and Country” are popularly associated with defense of our racist past and, by extension, our racist present.

Deeper work on our own cultural dysfunction will require us not only to figure out new ways to deal with our racist past but will also help to prepare our population, our leaders, and our communities to think in new ways about how to reach out to others in ways that find or establish common ground that allows for shared values even as we may find divergent ways of expressing those values.

Seeking solidarity across lines of difference requires that we meet one another as equals, recognizing our mutual humanity before we are able to work together to transform the world.

Tribal forms of Christianity that seek to impose Christian will, law, and belief on others; that rejects the justice and love at the heart of Christianity in favor of fear and xenophobia; and that participates in terrorizing others for their skin color, their nationality or their religious faith is only a hair’s breadth away from the extremist forms of Islam that threaten to undermine the love of justice of the Muslim faith as well.

Christians and Christian communities need to speak out more loudly to reject the tribal form of Christianity that is equally as damning and dangerous as the tribal forms of Islam that being roundly rejected around the world. 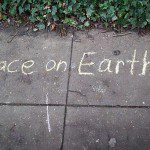 December 16, 2015
Peace on Earth? Is Misogyny Ever Innocent?
Next Post 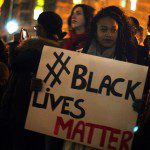 5 Books That Can Change Your...
All Set Free
Related posts from To Do Justice