The Threat of Obama

I have to admit that I was for Hillary in 2008. That said, not only did I support Obama 100% after he won the nomination, I was swept up in his campaign and the message of “hope” that he offered to the nation.

While he has not done all that he promised, nor always stood up when I wanted him to – he has been an amazing President. He has a grace, dignity and integrity that I haven’t seen in a President since Jimmy Carter. The Affordable Care Act, which expanded health insurance to over 16.5 million previously uninsured people among other things, will certainly be remembered as his signature public policy action. But his cool and steady hand at the helm has also surely helped prevent the economic crisis from getting worse as well as contributed to our slow and steady economic recovery since 2009.

We have had Presidents in recent memory whose character has been questionable and whose actions have demonstrated an abuse of power. Most pointedly, Nixon and Clinton both endured serious public scrutiny for their abuse of power. Serious moral questions about aid to para-military groups in Iran and Latin America dogged Reagan and the use of torture in the war on terror has plagued W’s integrity as a moral leader.

The attacks on President Obama, however, are of a different nature entirely. They have focused on his birthplace and citizenship. On his religion. On his race. Opposition to his policies in Congress have gone beyond political disagreements and have escalated to the point that the Republican leadership is attempting to prevent Obama from executing his responsibilities as President. From the federal budget to gun control to the appointment of the next Supreme Court Justice, the Republican controlled Congress refuses to engage in the most basic political act – governing. Explicit statements from Republican leaders that they will not allow the President to move forward with the nominations process for the next Justice is the most blatant challenge to Obama’s Presidential legitimacy thusfar.

My last blog post discussed the importance of reading our current social and political problems in the light of the history and legacy of slavery in this country. Reading the opposition to Obama within this framework is essential for understanding what is happening and why. Responsible citizenship requires a more critical engagement with the legacy of slavery. This message is largely for white Americans because most black Americans are well aware of what is happening.

The legacy of slavery remains an essential aspect of understanding what is happening in our country today. The fact that the economic system of chattel slavery in the US was foundational to building the wealth of this nation has never been adequately acknowledged. When children learn about slavery as part of the history of our country, it is often in a context intended to build up our story of ourselves as a nation of freedom and equality – liberty and freedom are so important to us as a defining feature of our identity that we risked a civil war in order to do what was right.

The problem with this triumphalist narrative is that it ignores the ways in which white people in this country, North and South, built up a legacy of entrenched prejudice against black people based on a narrative of black moral and intellectual inferiority. A prejudice that was often sown between poor whites and their poor black neighbors as a way to foster animosity between the two groups so that they wouldn’t form alliances. That strategy worked. In spades.

This legacy of the moral and intellectual inferiority of blacks, which began as a justification for slavery, was reinforced and perpetuated throughout Reconstruction and into the Jim Crow era. This legacy continues to shape dominant cultural stereotypes, assumptions, and prejudices about black people in the US.

President Obama’s success as a wicked smart politician has stoked the nation’s hatred and resentment of “successful blacks” precisely because it challenges the validity of this narrative. As much as Obama’s presidency and the visible presence of a black first family has heartened the pride of black Americans across the country, it has also served to agitate and distress many working-class and poor white Americans who have seen their economic prospects dwindle with the restructuring of the American economy and the loss of solidly, working-class jobs in the country.

Sometimes this racism is so deeply embedded in people’s worldviews that they do not even recognize it as racism. Other times, it is openly embraced and flaunted as white supremacy. Either way, racism is a deep malignancy in the very core of our identity as Americans. A malignancy that must be acknowledged before we can cut it out.

Opposition by a predominantly white Republican Congress to a black Democratic President is not necessarily a reflection of racism.

Opposition by white politicians to a black politician that is based on questions of his legitimacy, his authority, and his integrity rather than sincere and genuine political differences of perspective and opinion very clearly reflect the malignancy of racism and demonstrates the serious danger that it poses to our legitimacy as a democracy and as a civil society. 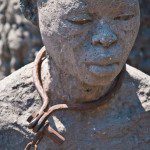 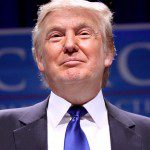 'Thou art the man'
slacktivist
Related posts from To Do Justice