What We Need to Learn from Trump

What We Need to Learn from Trump March 7, 2016 Rebecca Todd Peters

Increasingly in the United States, we are isolated from people who are different from us. This is not my opinion, this is sociological fact. We have shaped our society in ways that isolate us by race, by class, by education, profession, religion, ability, and so many other ways.

At my university, our students refer to this as the “Elon bubble.” But its not just students who live in these bubbles of isolation removed from social difference. Social isolation is the dominant reality for both majority and minority groups in the United States. While minority groups must often learn how to navigate in majority terrain – even their housing, social networks, faith communities, and often work environments reflect a certain amount of social isolation.

Remember Beverly Tatum’s important book Why Are All the Black Kids Sitting Together in the Cafeteria? Her book is just one of many that offer trenchant analysis of how racial difference and identity not only continue to harm our collective identity as a country but also offer concrete and meaningful strategies that challenge us to address the PROBLEM THAT MUST NOT BE NAMED – racism.

Whenever I teach, or lecture, or preach on issues of racism and white identity – white people squirm. White people notoriously say things like, “I’m not racist, but. . .” and “my generation doesn’t see race.” These are the sentiments of a group of people who really do think we live in a “post-racial” society.

On the conservative side of the spectrum –belief in a “post-racial” society is rooted in the belief that the Civil Rights movement and public policies like affirmative-action not only leveled the playing field (because it’s not legal to discriminate against people based on their race) but went too far and instituted “racial preferences” for minorities that discriminate against whites.

On the liberal side of the spectrum – belief in a “post-racial” society reflects the important inroads that human rights education and the Civil Rights and feminist movements have made in the US and elsewhere. These people believe deeply that all people are created equal and that blacks, whites, Hispanics, Asians, Native Americans, and immigrants from everywhere are equal in the sight of God, equal before the law and equal to them.

If the Black Lives Matter Movement and the increased attention to discrimination in the criminal justice system hasn’t convinced you that we haven’t yet moved beyond racial discrimination yet, perhaps Trump’s candidacy will help us put to rest the myth that we live in a “post-racial America.”

While there are many theories about Trump’s popularity, there is no doubt that his base is white. Trumps’ endorsement by KKK leader, David Duke last week shocked people because the KKK is so easily dismissed as fringe, extreme, fanatical – at least those members who allow themselves to be identified. But as we are seeing with Trump and his followers, racism is hardly fringe in the US these days.

Trump is riding a wave of white discontent, a discontent that is manifested in multiple ways across classes, education levels, parts of the country, and even across traditional political lines. High-school educated and working-class whites have not only seen the evaporation of good-paying manufacturing jobs over the past 30 years, the death rate for middle-aged whites in this group has increased dramatically in recent years. Many working-class and professional whites feel they have unfairly “lost” jobs (or promotions, or college entrance or many other things) to minority candidates due to affirmative-action. Many whites attracted to Trump also seem to feel as if no one in Washington represents their voice and their interests.

The reality is that our country is changing. With the civil rights movement and affirmative-action, there are more African-Americans in public life than ever before in the history of our country. The white population is also projected to no longer be the majority group by 2043. Whether or not all of Trump’s supporters are aware of this projection – many of them perceive the shifting demographics in the country and the increasing diversity of the US population as a threat in the form of loss of power, status, and access to a good life.

My point in this blog is not to deconstruct the falsehood or validity of the various motives that are driving Trump’s supporters. That would take a lot more than my usual 1000 words! My point is to ask us to think more carefully about what we need to learn from the remarkably robust response that white people have had to Trump’s candidacy.

In a democracy, it is not enough to say that people find him entertaining, or that they like his “outsider” appeal, or even that they like that he “says what he means.” There is very real content to his message and those of us on all sides of the aisle who find Trump a joke need to take him seriously enough to try to figure out what is going on. We fail to do so at our peril and the peril of our civilization.

So, what are main aspects of his message that seem to be hitting home?

First – “outsiders” are the problem. While this is usually code for all those who are not-white, Trump rarely speaks in code. He has clearly identified Mexicans and Muslims as his top targets and has promised to halt further immigration for these groups and start registries for Muslims in the US. His appeal with white supremacist groups is a strong indication of who counts as insiders – everyone else beware.

Second – his vision of “greatness” is largely amoral and primarily rooted in “winning.” He has publicly bragged that he has never asked God for forgiveness. His notion of morality is that he tries to be good and that doesn’t do a lot of things that are bad, so therefore, he doesn’t have anything to be forgiven for. Not only does this attitude demonstrate a profound narcissism, it reflects a toddler’s level of moral development. In addition to his lack of moral responsibility, he confuses greatness with winning. His foreign policy is oriented toward “beating” everyone else – ISIS, China, Mexico, Russia, Iran. If we can only be great if we win, the US is headed toward a completely isolationist foreign policy.

Third – his campaign seems to embrace anarchy, disruption, and degeneracy. People are beaten up, harassed, and ridiculed individually and in groups at his rallies. Trump himself regularly engages in demagoguery seeking to agitate and enrage people as he works them into a frenzy of hatred and violence.

The fact that Trump’s xenophobia, amorality, and violently disruptive orientation is finding purchase in white America is stark evidence that there is a deep problem in white America. A problem that will not go away until we meet it head on.

There is much to fear with Trump’s campaign, whether he wins or loses. If rational and compassionate US Americans from all races, classes, political persuasions, and walks of life don’t work harder to learn some important lessons about white identity from this campaign – our country is headed for even more troubled times, regardless of who is in the White House. 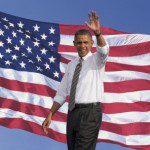 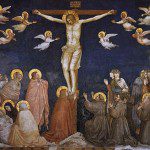