I agree that most people I know at Elon who try to work on race always seem to end up burning out. It’s a tiring issue to take on anywhere, and I wouldn’t call Elon ideal for fostering a lot of productive conversations about race. You made a really good point that white students simply aren’t taught how to be good allies. We generally don’t believe events about race are relevant to us, especially because most of us see ourselves as “raceless.”

When there are events for white people they tend to be either about understanding whiteness or about learning about the types of challenges POC face. While both of those are really important, if we don’t have a way to link them together and learn how to use whiteness to support POC, that creates a huge barrier to action on the part of white people. And as you mentioned, getting the people who most need to hear it to show up in the first place is a challenge that can feel almost impossible. I don’t often hear about the difficulties POC face in the classroom, so thank you for sharing those experiences with me. Do you ever get the feeling that people expect your opinion about race to represent the opinions of all Black people?

I really believe the best way to bring white people at Elon into conversations about race when they have trouble accepting that it exists is to give them the opportunities to connect deeply with POC. By that I don’t mean having a time when Black and white people spend a night having meaningful conversations about racial oppression. To really make them care, I think it’s important for white people to have real, long-term relationships with POC. That’s why I think our racial social segregation is one of the biggest problems we have at Elon.

It’s a tricky problem though, because it’s not and shouldn’t be Black students’ responsibility to befriend and educate white people. They deserve to have a space to be surrounded by Black friends who understand them, and since Elon is so white, it would be an incredible burden, if it were possible at all, to racially integrate Elon’s social circles. But without connecting authentically with Black people, white people have a lot more trouble really believing racism is important. What proof do they have against the stories they’ve been told about race their whole lives unless they hear real stories of racism, particularly if those stories are from people they trust? It is difficult to remain indifferent after seeing real pain affecting someone you care for.

As for my time in Arkansas, I could write a whole separate post about what that was like. On a personal level, it was my first experience consistently being the only person of my race in the room. It made me very aware of the rare occasions when other white people were present and aware of the meaning of my actions, like when I was asked to read Langston Hughes poems about white acts of hate and Black empowerment to the children at the Freedom School my organization ran. I wondered if they too felt the irony or if any of them were wrestling like I was with concerns of what it meant to have a white person “teach” Black children their own history.

Being in Arkansas also made me feel like I wanted to defend myself as a white person by telling my coworkers that I wasn’t completely ignorant or disbelieving about the difficulties of being Black in this country, but I didn’t know how to find an opening to have that conversation. I was worried about my whiteness acting as what Yancy describes as a “site of terror” for my Black counterparts, and although I knew I couldn’t resolve the issue completely, I wanted to minimize the extent to which I might make our shared space feel less safe for them.

More than anything, though, being in Arkansas made me question how to respectfully navigate living in a place where I was such an outsider, especially an outsider who benefited from the injustices and inequalities these people suffered from as a result of being Black, being Southerners, and for most of them, living in poverty.

The semester before that summer, I read an article by a philosopher named Shannon Sullivan that ended up playing a huge role in the way I thought about my place in that community. In large part it’s about an idea she calls ontological expansiveness, which is her philosophy-speech for the concept that white people feel entitled to go wherever they want in both white and Black spaces while POC are often not accepted or permitted in white spaces.

I felt that a lot living in a neighborhood that was poor and Black because I felt very much like an invader walking through their space. I don’t know if the unease I sensed was just mine or whether they felt it too, but I was painfully aware of how much I seemed to be playing the role of the clueless white savior. I wanted them to know that I’d come there to learn, and not because I believed I could save the Black children. I wanted them to know I respected them.

At the same time, I felt if they held any antipathy towards me, that it was justified. It felt vaguely colonialist for me to be coming to their space for just a handful of weeks, taking their expertise, using their space, playing with their children, and leaving. It didn’t help knowing that based on their appearance, almost any of them would be followed by the police if the tables were turned and they found themselves in my community back in New York. It was a dilemma that weighed on me because staying in my house and perpetuating segregation didn’t feel like a good solution either. I didn’t come away with any clear conclusions from my summer in that context except that I began to feel strongly that it was good for me to end my time there still confused and uncomfortable about both options.

This spring I am teaching two classes that deal with the issues of race and racism. One is “Racism and Black Theology” and the other is “Poverty and Social Justice.”  I invited one student from each class to engage in a dialogue about race and racism at Elon University while drawing on their learnings from each course. This is the third in a series of posts that will chronicle that dialogue. I hope their conversation will prompt readers to also think more critically about issues of race and racism. And I invite readers to engage their ideas in the comments section.

The authors of this dialogue are Chris Tarpley (Racism and Black Theology) and Casey Morrison (Poverty and Social Justice). 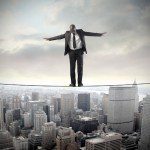 April 2, 2016
The Perils of Negotiating Black Identity on a White Campus
Next Post 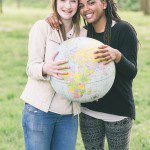