The Perils of Negotiating Black Identity on a White Campus

Thanks for sharing with me moments in your life. I think your experience in Arkansas, gives you some insight into what it is like to grow up black and how we have this different way of viewing the world. W.E.B. Dubois calls this a double consciousness. The idea of double consciousness is that Black people have to view themselves in two very different lights. One is how you view yourself and the other is how the world views you. This double consciousness is a form of oppression but also a survival tactic. It is a constant reminder that people view you differently because you are black but also helps to make sure your body is not destroyed by racism.

My double consciousness forces me to address race and racism everyday and to be aware of my black body in white spaces. So I completely understand how tiring and fatiguing it can be to deal with an issue such as race and racism. Racism is ingrained so deeply into our lives and society that you feel like you are always fighting against it or finding something that is racist. I think your experience with dealing with racism represents a commonality between everyone who wants to deal with racism at Elon. We try so hard to fight it, become tired of fighting, and revert to only talking to people who agree with us about the issue. You are completely correct, you have the ability to walk away from the conversations where I am forced to face it all the time.

I think the reason we have this issue is that people are either apathetic, are in denial, or become tired of the fighting especially when they have a ton of other issues that they have to deal with. This even affects Black people the only difference is that when a Black person walks away from the conversation and stops fighting, they are accepting the world’s view of them and are essentially committing suicide of their Black being which is the being that most of the world will only see them by. I think it is also hard to get people to understand that even if you are joking about something it is still racist and deciding when to say something has been an issue that I have been dealing with recently. I have learned that you cannot speak up against every single thing that happens because we do not have that power. But also finding the appropriate time is very important because people will respond and digest what you have to say differently depending on the situation and environment.

I think another issue is that many white students do not know how to be beneficial allies because no one teaches them how to be. How do you explain to people how to help you? And how do you do it in a way that you do not turn them away? This is what makes fighting this issue hard. I think we as a student body have realized that a huge issue on our campus is how do we reach students who do not want to be involved in these conversations. When we have events, the people that need to hear what POC (People of Color) have to say do not show and the people who do not need to hear it always come. I think you bring up another important point with the fact that you and your socially aware friends discuss your white privilege and issues of racism. I am assuming that’s because it is easier and less taxing to talk to each other than to go and talk to someone who does not believe the same thing as you do. I know that it is easier for me to just talk to my friend about instances of racism and racial biases especially when I am the only POC in the room.

In my Racism and Black Theology class, I am the only POC and I feel sometimes that I cannot say what I want to say because I do not want to hurt people’s feelings or that no one appreciates or understands my opinions or thought process, so it is easier to stay quiet and talk to my friends about the issues later because I know they will understand. I used to be the one to always speak out and speak my mind when it came to blackness and racism but from my years of being at Elon, I have grown weary because I live and exist in these white spaces that do not understand me. When I was home, I had my family and black friends who I could talk to or be around to escape the rest of the world to be rejuvenated but now I do not have that luxury.  How did it feel for you to leave your town and go and experience being in a black area? How do you think we can encourage conversations between those who do not believe that racism is a thing or that they do not have white privilege?

This spring I am teaching two classes that deal with the issues of race and racism. One is “Racism and Black Theology” and the other is “Poverty and Social Justice.”  I invited one student from each class to engage in a dialogue about race and racism at Elon University while drawing on their learnings from each course. This is the second in a series of posts that will chronicle that dialogue. I hope their conversation will prompt readers to also think more critically about issues of race and racism. And I invite readers to engage their ideas in the comments section.

The authors of this dialogue are Chris Tarpley (Racism and Black Theology) and Casey Morrison (Poverty and Social Justice). 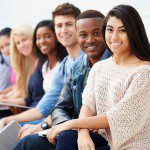 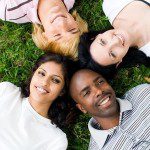