Don’t Be an Asshole: Reflections on Civility

(trigger warning – this post is about not being an asshole, stop here if this language offends you)

Last weekend a friend of mine asked me what I was blogging about these days.

As we talked about our busy lives and the difficulty of finding time to get everything done (like blogging!), he suggested my topic for today.

“You should write about people not being assholes!”

I found it was hard to disagree. It’s really pretty simple advice, isn’t it? And yet, doesn’t life feel a lot like being surrounded by a bunch of assholes sometimes?

Yeah, yeah, I know. That term is one that we often use to refer to people that we disagree with or don’t get along with. In our increasingly polarized and polarizing political climate, it can be easy to dismiss people we disagree with as simply being assholes.

But the term really refers to more than just people we don’t like or people we disagree with. To be a real asshole, one’s actions must also be irritating or rude or contemptible in some way. There are a lot of people that I disagree with and I don’t find all of them to be assholes.

I think it really comes down to civility, a virtue that is increasingly scarce in our polarized world.

Then again, I come from the South where civility has traditionally been the foundation of human interaction. Even if you don’t like someone, you are supposed to treat them nicely.

Kill them with kindness my momma always said.

I was just teaching virtue ethics in my Environmental Ethics class last week and I asked each student to write about a virtue that they learned from their families and how it shapes their current behavior.

They wrote about kindness and compassion, about self-reliance and taking pride in your work, about loyalty and commitment, generosity and forgiveness, tolerance and respect. It was heartening to read their reflections on how their parents taught them these virtues through word, deed, and by the example of their lives.

One place that I find this penchant for rudeness popping up in the public square is in relation to rejection of so-called “political correctness” as a threat to free speech. While it is true that women and minorities have denounced the use of demeaning and pejorative language to refer to us as being uncivil and offensive, our desire that offensive language be purged from the public sphere is not saying that people are not allowed to use offensive speech but rather more simply that they shouldn’t.

By that rule, perhaps I should have titled this post “Don’t be a jerk.” After all, my momma also taught me not to cuss or use vulgar language. She will probably not like this particular post. I have certainly tried to teach my two girls the same moral lesson that, in principle, we ought to avoid vulgar language. However, I doubt many ten-year old will read this blog post and somehow – my friend’s comment that I should write about “people not being assholes” seemed spot on. Perhaps “jerk” would have sufficed. You can tell me in the comments what you think about that.

But let’s look more closely at the charge that political correctness is a threat to free speech. It’s a charge that I’m hearing a lot these days.

First of all, people shouldn’t use racial and misogynist slurs because it is rude. It does not represent those virtues that my students were taught by their parents – respect, generosity, tolerance, and kindness.

Second, belittling people this way is a power play intended to humiliate and control people with less social power. It is a misuse of privilege intended to shore up and reinforce that very same privilege through the tearing down of others.

Using language that undercuts the humanity of others is fundamentally uncivil and it contributes to the increasingly uncivil nature of our civil discourse.

As we prepare for the first Presidential debate, it will be interesting to see not only how the candidates conduct themselves but how the general public responds. The virtues and values that we seek in our elected leaders are fundamentally connected to the social and civil world that we seek to shape for ourselves as a nation and a people. 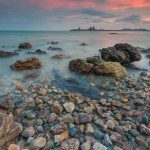 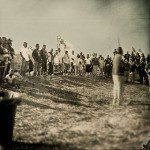 Evangelicals Are Attracted to Conspiracy Theories—Why?
Divergence
Related posts from To Do Justice