When Is Stopping a Pipeline Social Change?

Patheos Explore the world's faith through different perspectives on religion and spirituality! Patheos has the views of the prevalent religions and spiritualities of the world.
Two weeks ago, the Obama administration voluntarily halted construction of the Dakota Access Pipeline just hours after a federal judge had ruled that construction on the pipeline could continue.

While many people were surprised by this action, it represents one significant example of how the government can play an important role in long-term social change. Not something we often see a lot of success with given the nature of electoral democracy and the frequent changing of the political guard.

Nevertheless, long-term structural change is not only possible; it is the foundation for establishing the forms of social justice that are needed to create societies where all people have access to a “good life.”

In the case of the Dakota Access pipeline, the seeds for the Administration’s actions were planted eight years earlier when President Obama instituted his first White House Tribal Nations Conference in 2009. While President Clinton had also held a similar conference during his presidency, Obama has not only held the event annually, he has taken steps to institutionalize this conference so that it will continue under future administrations.

In 2013, Obama also established the White House Council on Native American Affairs. This Council is a permanent governmental body with a Cabinet-level focus on the issues of Native communities. While the Bureau of Indian Affairs continues to manage the land held in trust by the US for Native American peoples, the creation of the White House Council signaled a major shift in the representation of Native peoples at the federal level as well as a major shift in Native access to the President and his Administration.

The importance of this kind of access to political leaders cannot be overstated. In the case of the Dakota Access pipeline, Brian Cladoosby, the president of the National Congress of American Indians addressed the White House Council on Native American Affairs in early September, just days after guard dogs attacked Native American protestors at the pipeline site. Nearly a dozen of Obama’s Cabinet-level advisors were at that meeting where Cladoosby made a passionate plea that the Administration stand with the Standing Rock Sioux and other native communities to block the construction of the pipeline.

When asked what he planned to do about the pipeline controversy while he was at a meeting in Laos, President Obama said that he needed to consult his staff before making a decision.

While it is impossible (at this stage, at least) to know exactly what motivated the Interior and Justice Department, along with the Army Corps of Engineers to suspend construction on the pipeline, two things are clear:

1) President Obama has demonstrated unprecedented respect and attention to redressing the historic wrongs done to Native communities in the US.

2) Creating a permanent White House Council on Native American Affairs has afforded Native leaders a significant role in representing their concerns to the Administration directly.

On Monday, President Obama addressed the final Tribal Conference of his presidency highlighting some of the progress that his Administration has made over the last eight years including:

-restoring more than 428,000 acres of tribal homelands to their original owners

-given more power to tribal courts and police

So while stopping the Dakota Access pipeline, in and of itself, may not be social change – it may very well be a significant action in two essential social change movements that are necessary for doing justice in our country.

Each of these movements require shifting the attitudes and the behavior of the broader public as well as significant political leadership.

Obama’s actions with Native communities demonstrates that Presidents can play a significant role in institutionalizing social change that can have tremendous impact on individuals and communities. 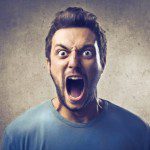 September 25, 2016
Don’t Be an Asshole: Reflections on Civility
Next Post 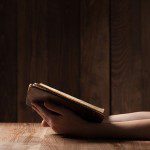