Afraid for the Future? Join the Resistance!!

Since the inauguration one week ago today, it is becoming increasingly clear that Trump’s authoritarian leadership style will continue in the days, months, and years to come. If unchecked, he poses a serious threat to our democracy, our civility, and the common good of our country and the world.

This is not a partisan claim.

My candidate has lost in the past and I have held my nose and soldiered on in the work of justice and social change, seeking avenues for engaged participation through my scholarship, teaching and activism.

This time it is different. I do not oppose Republican leadership. I oppose authoritarian leadership and demagoguery.

Increasingly, I find myself feeling as if those of us who value democracy and the common good and who care about reason, intelligence, science, and facts – Democrats, Republicans, and Independents – must rally together to form a Resistance to the path of bullying, lying, baiting, and violence that President Trump has outlined in his first week of office.

Thomas Mann, senior fellow at the Brookings Institute identified the problem this way:

“Perhaps the most worrisome is the absence of acceptance of facts and truth — even science . . . It’s the dispute among elites and with ordinary citizens about what should be taken as the basis of beginning a conversation. Donald Trump has set new records in espousing all kind of thoughts that are patently untrue. And it doesn’t bother him one bit and he may or may not know it is when he’s making those statements. It’s kind of Orwellian.”

Mann’s position at the Brookings Institution, a non-partisan think tank in Washington, might make some think that he leans left. Mann, however, has worked across the aisle (so to speak) with Norman Ornstein of the American Enterprise Institute, a decidedly conservative Washington-based think tank, to decry the increasingly partisan divides that are tearing apart our capacity for self-governance.

While I normally don’t relish arguing with fellows from the American Enterprise Institute since they generally promote neoliberal, laissez-faire economic policies with which I vigorously disagree, I would welcome a debate with Ornstein over public policy related to any number of social issues.

The big difference between having an argument over economic policy with someone like Ornstein from the AEI and someone like Trump or his senior White House advisor, Steve Bannon is that Ornstein and I both fundamentally believe in and support the tradition of rational discourse as the foundation for social, political, and economic policy and governance. This means that we both agree in the value of logic and reasoned argument, including the existence of facts.

While we can debate the political course that our country ought to take to address issues of poverty both domestically and internationally, we agree that poverty exists, that poverty is a problem, and that facts exist and are a useful part of a reasoned dialogue and discussion of public policy.

“Alternate facts” do not exist. In common parlance, “alternate facts” are called “lies.” When our President and the legislative branch of government base their public policy on lies – our whole democracy is threatened.

Whoever you are, whether you voted for Trump, Clinton, Johnson, Stein, or Harambe – I urge you stand up for democracy, decency, civility, facts, science, and the common good. 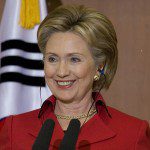 November 5, 2016
Governing in the Midst of Crisis: What Should Hillary Do?
Next Post 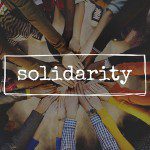