We are here; we are poor; we don’t have any money; you have made us this way. . . and we’ve come to stay until you do something about it.

Fifty years ago, in the spring of 1968, three-thousand people set up a protest camp on the Washington Mall to demand economic justice. Those protestors were part of the Poor People’s Campaign, an initiative spearheaded by Martin Luther King, Jr and his colleagues at the Southern Christian Leadership Conference (SCLC) to raise awareness about poverty and economic justice in the country.

King and his colleagues had turned their focus to economic justice after recognizing that the approach of demanding civil rights was not adequately addressing the reality of poverty that faced so many African Americans in the late sixties. What they knew was that poverty in this country is not due to laziness or generational neglect or any of the other dozens of clichés that dominate public perceptions of the poor.

The leaders of the Poor People’s Campaign rightly recognized that there were structures in our society that worked to keep people poor. Some of the ways that we have shaped an unjust society include these structures:

The point of highlighting the structural nature of poverty is to help people see that individual poor people can’t do anything about low wages, or poverty thresholds, their inability to get a loan, or their inability to find housing they can afford. No matter how hard they work. While we may never be able to overcome poverty, societies can structure our economies in ways that are more just.

Issues of economic justice had long been key to King’s vision of a just world.  In his 1964 Nobel Prize speech he noted, “Just as nonviolence exposed the ugliness of racial injustice, so must the infection and sickness of poverty be exposed and healed–not only its symptoms but its basic causes.”

The Biblical Call to Overthrow Poverty

Recognizing that poverty is a result of injustice is as old as the Hebrew bible. In Isaiah 58, as the prophet lays out God’s vision of justice, we hear these words:

Is not this the fast that I choose:
to loose the bonds of injustice,
to undo the thongs of the yoke,
to let the oppressed go free,
and to break every yoke?
Is it not to share your bread with the hungry,
and bring the homeless poor into your house;
when you see the naked, to cover them,
and not to hide yourself from your own kin?  (Is. 58:6-7)

The vision of justice in the Bible is a vision of a world where those who have share with others and where we work together as a society to break the bonds that hold people in poverty – the bonds of injustice.

In 1968, 12.8% of the population lived in poverty. The protestors who showed up for The Poor People’s Campaign camped out on the Washington Mall for six weeks to raise awareness about the plight of poverty in the U.S.

King was in the midst of organizing the Campaign when he responded to the call of the sanitation workers in Memphis to help out with their campaign. Indeed, he spoke about the sanitation strike as a major part of the Campaign. The sanitation workers strike highlighted both the unjust economic conditions of some of the hardest working laborers in our country as well as the unsafe working conditions threatened the health and safety of poor, working-class people.

Remarkably, the poverty rate today is virtually the same as it was in 1968. In 2016 (the most recent year data available) stood at 12.7%. Though the incidence of poverty is arguably higher today than it was fifty years ago as economists widely agree that the poverty thresholds, which were established in 1963, should actually be doubled to capture the lived reality of poverty in the U.S.

A new Poor People’s Campaign is launched on May 13, 2018 – Mother’s Day. An appropriate starting date given that the highest rates of poverty in the country are associated with single-parent female-headed households. There are many reasons for the high rate of single-parent female-headed households in the U.S. including embarrassingly high rates of incarceration of young, minority men; an obscene public health crisis of domestic violence that impacts divorce and poverty rates; and the persistence of the gender wage gap.

Individual women can do nothing about the incarceration rates, the violence and manipulation of men who beat them, or the fact that they get paid less for the same or equivalent work in our world. If women who are mothers cannot do anything, what are we to make of the fact that 21% of children in this country are living in households that are below the poverty line?

On this Mother’s Day (or the days and weeks after it), pay attention to what is happening with the new Poor People’s Campaign. It is time to address the persistent problem of poverty in the United States. It is time to challenge the unjust systems and structures that make people poor in this country. It is time to “loose the bonds of injustice” and rise up and find our moral center as a nation.

In fact, it is past time. 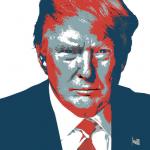 May 3, 2018
The Danger of Evangelicals - It's Not About Hillary Anymore
Next Post 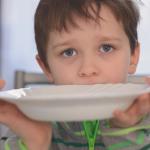 May 15, 2018 How Two Minutes Can Help Feed 2 Million People
Recent Comments
0 | Leave a Comment
"Wow, you just sort of proved the whole point of the post -- the harm ..."
Obscurely Why Kavanaugh Should Withdraw
"Not sure why you continue to argue with me over the data. The study I ..."
Rebecca Todd Peters Kavanaugh and the threat to women
"Innocent until proven guilty."
Mr Kish Why Kavanaugh Should Withdraw
"Looks like the ethical and religious points are already covered. Here are some legalistic ones:-- ..."
tatortotcassie How to Fight Right-Wing Abortion Extremists ..."
Browse Our Archives
Related posts from To Do Justice