Jonah and the Eclipse in Ancient Nineveh

As we await the eclipse of 2017 AD, this post examines the possibility that the dramatic repentance of Nineveh in Jonah 3:1-10 may have been galvanized by a total solar eclipse there that dates to June 15, 763 BCE, during the probable lifetime of Jonah. All sorts of details kick in to make this possibility highly plausible!

We here in southern Illinois are about to be at the center of the umbra for the eclipse of a lifetime. I’ve been waiting for this one ever since I heard about it when I was growing up here 48 years ago. Ozzy Osbourne will be performing near SIU-Carbondale at a music event called Moonstock. People are planning to flood the entire totality path to see it happen.

It’s been ages since a total solar eclipse tracked all the way across America from Pacific to Atlantic. We’ll see what the forecast holds. We’ll also see whether the mathematical projections of the shadow’s path by astronomers prove to be accurate; I find it mind-boggling to think that they can measure and crunch those kinds of numbers without mistakes that will leave Millstadt or Cahokia stuck in the sunshine after all.

But did you know that a total solar eclipse appears to have played a role in the story of the Biblical prophet Jonah? First, of course, we have to decide whether Jonah was a fictional character or a real, historical person. If you’ve read my three-part article “Historicity: Does It Matter?” (http://pres-outlook.org/2009/07/historicity-does-it-matter-part-2-2/), you’ll know what I think. Taking Jonah to be historical as I do, the Bible’s one specific clue as to when he lived was during the reign of Jeroboam II, or around 786-746 BCE, if we take 2 Kings 14:25 as evidence of the latest that he could have prophesied.

A total solar eclipse over Nineveh in northern Iraq on June 15, 763 BCE fits this time frame for the life and career of Jonah. Assyriologist Donald Wiseman, a former curator at the British Museum, and editor of Chronicles of Chaldean Kings and The Alalakh Tablets, published a lecture in the Tyndale Bulletin in 1979 where he argued persuasively that this eclipse would help explain the dramatic reaction to Jonah’s preaching.  (http://www.tyndalehouse.com/TynBul/Library/TynBull_1979_30_02_Wiseman_JonahsNineveh.pdf)

According to the Assyrian writings cited by Wiseman, here’s what a solar eclipse would have meant to them: “the king will be deposed and killed, and a worthless fellow will seize the throne…rain from heaven will flood the land…the city walls will be destroyed.” The Assyrians tell us that at such a time, there would be solemn fasting, and the king would hand over his throne to a substitute until the danger passed. At least once when there was a total solar eclipse, the Assyrians cry, “Nineveh shall be overthrown!” (in Assyrian, adi arbat ūmē ālninuaki innabak, which can also mean, “Nineveh shall be made to repent!”).

I believe that Jonah was in Nineveh in June of 763 BC during the total eclipse of the sun, which would help explain the remarkable response of the people of Nineveh. Jonah preaches at exactly the right time for the people of Nineveh to listen to him. The Assyrian nation was weak and in chaos in the decade around 760 BCE. They had one earthquake (one sign of divine wrath). There was a famine from 765-758 BCE. Assyria was losing battles and losing territory to its enemies. There were domestic riots. With all the trouble they already had going on, they could have easily believed that Jonah’s warning would come to pass. Now was a perfect time for a prophet from far away to arrive on the scene and command a response.

The repentance of an entire pagan city the size of Nineveh would be a greater miracle than for Jonah to survive getting swallowed by a fish. By the way, I have no problem with that part of the account, either. (Our adult daughter theorizes that the fish was probably a basking shark, the only creature found in the Mediterranean big enough to do the job without deliberately chewing Jonah up for food.) Yes, such an experience would be near-fatal if not fatal, but that’s part of the miracle, which is probably why Jesus cites Jonah as a sign comparable to his own resurrection (a sign that was still quite some time in the future to those who heard Jesus at first).

We are in no position to prove or disprove either Jonah’s survival inside the fish, or the repentance of Nineveh, nor can we prove the admittedly daring hypothesis that Jonah was there for the 763 BCE eclipse and that the eclipse helped produce the results recorded in the Biblical account. But if these propositions are not provable, they are at least perfectly plausible. Yet they do not remove the element of the divine. When can you get God to send a stupendous natural event right when you need one to back up your point?

The divine factor is why I doubt whether anyone will be moved to repentance by the eclipse of 2017 AD. God will have to use other means to make that happen on any scale like the repentance recorded in Nineveh in the time of Jonah. Jesus’ resurrection, the mega-event foreshadowed by Jonah’s brush with death inside the great fish, will do the job, if anything can. And we have far stronger reason to believe in the truth of Jesus’ resurrection than in whatever happened in Nineveh as a result of the eclipse of 763 BCE. 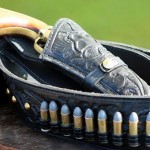 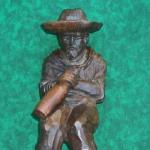