What’s Wrong with the World?

As the story goes, The Times was running a series of articles by various prominent people of the day, asking each to respond to the same question: ‘What is wrong with the world today?’ In due course, all of learned folk supplied insightful and elaborate answers to the reason behind the woes of the day. It is the corruption of the youth, the new leftist movement, the new right-wing movement, this or that economic policy. Then G.K. Chesterton posted his reply, answering the question very simply. He wrote:

Now, whether or not this oft-repeated story is true (and I suspect it is not), it breaches the surface of the blogosphere or finds its way into the pews so very often because it’s so very good. It provides a spoonful of humility, a necessary dose of bringing us down a peg or two.

Our tendency is to locate all of the problems with the world in him or in her or with those people. But as the wit and whimsy of the (apocryphal) Chesterton tells us, the problem really starts with me.

I have been thinking a lot about this recently, especially as it relates to seismic cultural shift in responding to sexual assault. It’s been dubbed the Weinstein Effect: women (mostly, but also some men) finally feel empowered to identify and accuse their assaulters and people finally seem to care. The cynic in me suspects that the Weinstein Company, NBC, CBS, FX, Hollywood, the DNC, the GOP et al don’t actually care about the victims or ‘creating a workplace environment where everyone feels safe and protected.’ Instead, they just care about their bottom line. Nevertheless, it is a long overdue and welcome shift.

As each new day comes and goes and another titan falls (we’re up to 42 according to the last time NYT counted) I have found myself feeling compassion for the victims and lamenting the rotten fruit of the Sexual Revolution. I’ve also felt not a small amount of indignation at the perpetrators and their finely tuned complicity machines. Much of my anger is, I think, righteous anger and not altogether unjustified: the actions that these men have committed are really and truly terrible, traumatic, dehumanizing, and worthy of condemnation.

True enough. But some of my judgment comes from a specious sense of moral superiority, as if I am not only better than these power-abusing, predatorial pervs, but that I’m also in no way complicit.

As it turns out, this isn’t exactly the case. Granted, I am not a henchman on Harvey’s payroll, nor do I actively enable any sexual predators. Instead, where I’ve erred is thinking that I don’t contribute to the problem by passively countenancing such gross misbehavior when confronted with it on a smaller scale. The tough pill to swallow is that I actually do.

Here’s a personal case in point. A few weeks ago, I took my car to the dealership to get a faulty back-up camera replaced. I left my keys with the man who manages all of the repairs. He saw that I had my wife and two small boys in tow. We shot the breeze a bit. He was a notch or two nicer than what you might expect from customer service at the mechanic. They had a Keurig, some stale donuts, and a loud TV with cable. What can I say? They were trying.

Five hours and five-hundred dollars later, I returned to pick up my car. I grabbed my keys from the same man and turned to walk to another window, to the cashier where I would pay the bill. As I turned, he continued speaking and so I spun back around. He said these words: “Hey, just to let you know, the girl at the first window is hotter. I mean, don’t get me wrong, the women at both of the windows are attractive but I think you’ll like the first window better… Just wanted to let you know: us guys need to look out for each other.”

I’ll give you two guesses at my response. If you guessed ‘nothing,’ you would be right.

I was stunned and embarrassed. I think this transposed itself onto my face as an evasive smile and awkward laugh as I sought to escape the uncomfortable situation. To my shame, I said nothing. I did nothing but turn around and walk away, right up to the cashier window number one to pay my $500.

I am not proud that I was paralyzed into inaction. Sadly, this type of inaction renders me complicit in the type of atmosphere in which sexual assault thrives.

The fact of the matter is that I’m not alone in this. According to a survey of recent studies in the Washington Post, most of us would have acted in the same way despite what we might think to the contrary. I am what’s wrong with the world. But, then again, so are you.

A number of psychological studies indicate that how we imagine we would respond to these types of situations usually doesn’t correspond with reality. This phenomenon remains true in trivial situations like how much we will enjoy a chocolate bar to more serious ones like what we would do if we heard a racist or inappropriate sexual comment.

According to Marianne Lafrance, a Professor of Psychology at Yale University, our anticipated behavior does not align with our actual behavior. Most of us tend towards non-confrontation. We typically have a higher opinion of our imagined future selves than we ought.

So where do we go from here? I’ll offer two suggestions.

The first is a reminder that the best indication of faithful action tomorrow is faithful action today. The only way to have confidence that you’ll speak up for the big thing tomorrow is if you’re making a habit about speaking up for the small thing today. Practice speaking up, especially in the smaller, lower-stakes situations. The primary virtue required here is fortitude. It may not be unhelpful to remember the first category of persons on the list of folks destined for ‘the lake that burns with fire and sulfur’ of Revelation 21:8 are the cowardly. We need to have the courage to speak the truth in love rather than fearfully avoid confrontation.

Second, all of this talk about the real and serious problems of the world can convert us into overly serious, joyless, humorless, hyper-sensitive curmudgeons. It can also turn us into resigned people who accept the world as an inevitable mix of good and evil that simply must be endured. To guard against this, it seems fitting to end with something that Chesterton actually said.

Before any cosmic act of reform we must have a cosmic oath of allegiance… For our Titanic purposes of faith and revolution, what we need is not the cold acceptance of the world as a compromise, but some way in which we can heartily hate and heartily love it. We do not want joy and anger to neutralize each other and produce a surly contentment; we want a fiercer delight and a fiercer discontent….

No one doubts that an ordinary man can get on with this world: but we demand not strength enough to get on with it, but strength enough to get it on. Can he hate it enough to change it, and yet love it enough to think it worth changing? Can he look up at its colossal good without once feeling acquiescence? Can he look up at its colossal evil without once feeling despair? Can he, in short, be at once not only a pessimist and an optimist, but a fanatical pessimist and a fanatical optimist? Is he enough of a pagan to die for the world, and enough of a Christian to die to it? In this combination, I maintain, it is the rational optimist who fails, the irrational optimist who succeeds. He is ready to smash the whole universe for the sake of itself.

What is required is equal parts of opposites: more joy and more anger; more optimism and more pessimism; more love and more hate.

To use Chesterton’s brilliant image: “We have to feel the universe at once as an ogre’s castle, to be stormed, and yet as our own cottage, to which we can return at evening.”

August 18, 2017
Racism in America: Resources for (White) People
Next Post 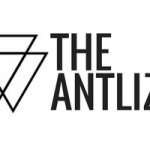 December 13, 2017 THE ANTLIZT: December 13, 2017
Recent Comments
3 Comments | Leave a Comment
"Now I would add Rob Dalrymple's recently posted on Patheos -- put in a way ..."
tovlogos Resource for Prayer and Fasting in ..."
"There is a doctor who is a believer, Joseph Mercola who has much to say ..."
tovlogos Resource for Prayer and Fasting in ..."
"Kevin absolutely solid thinking. "Take the church’s activism against abortion, as an obvious example. Fighting ..."
tovlogos Resource for Prayer and Fasting in ..."
"The Kierkegaard quote is from For Self Examination, p.47 in Hong translation."
Sean McDonough Review: Philip Gröning’s Into Great Silence ..."
Browse Our Archives
get the latest from
Transcendentalish
Sign up for our newsletter
POPULAR AT PATHEOS Evangelical
1 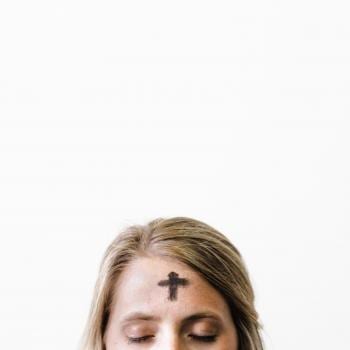 Evangelical
Lent During a Pandemic
Transcendentalish
TRENDING AT PATHEOS Evangelical