A generation emerging from the wreckage. “It’s not that the students are hopeless. They are dedicating their lives to social change. It’s just that they have trouble naming institutions that work.” [NYT]

Joy’s Mysteries: on Christian Wiman’s new poetry anthology on joy. “Since at least the psychological pronouncements of Thomas Hobbes, our culture has granted a wider span to fear and suffering than to love and joy.” [Law and Liberty]

Rod Dreher on Christian life in exile. An interview with a British vicar: “I strongly encourage US Christians to pay close attention to what he says. What British Christians are living with today, American Christians will almost certainly be living with tomorrow. We have the advantage of time to prepare — though not much of it.” [The American Conservative]

Ta-Nahesi Coates: “Why I’m writing Captain America. And why it scars the hell out of me.” [Atlantic]

Kevin Love, player for Cleveland Cavalier’s and NBA all-star, talks about his recent panic attack. “Everyone is going through something that we can’t see.” [Players’ Tribune]

Has dopamine got us hooked on tech? “Silicon Valley is keen to exploit the brain chemical credited with keeping us tapping on apps and social media” [Guardian]

Take your time: the seven pillars of a Slow Thought manifesto [Aeon]

The bracing sorrow of Sufjan Steven’s Oscars performance. This author appreciated Suf’s performance more than I did. I don’t know… I just expected more from an ensemble that boasts the likes of Chris Thile and St. Vincent. Still worth a listen…and a read. 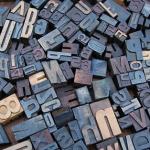 March 8, 2018 Book Recommendation: Surprised by Hope
Recent Comments
0 | Leave a Comment
Browse Our Archives
get the latest updates from
Transcendentalish
and the Patheos
Evangelical
Channel
POPULAR AT PATHEOS Evangelical
1