Following my recent post on the victim culture that’s grown up around Josh Harris’ twenty-year-old book, “I Kissed Dating Goodbye,” John Ehrett wrote a guest post at Evangelical Pulpit taking up my challenge to produce Harris’ most troubling passages. Initially, I didn’t intend to respond, but since we’ve struck up a cordial friendship on Facebook in the ensuing months, and since I’m devoting some time to revisiting this whole issue in greater depth, I want to explain why I didn’t find his examples convincing, and why I think his response illustrates several aspects of what I called the “evangelical victim culture.” 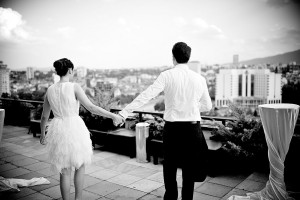 But I do want to thank John for his thoughtful and irenic tone. I was deliberately snarky in my original piece, because I was criticizing a mentality that I think we’ve overindulged for far too long, on fronts well beyond the purity wars. And John didn’t hesitate to acknowledge and agree with my central point, namely that we are responsible for our lives, and shouldn’t blame our problems on a book we read in the seventh grade. For that, I’m grateful.

At this late hour, there are really three camps in the “purity culture” debate: Those like me who don’t see the big problem with “I Kissed Dating Goodbye,” those who think Harris and others addressed real dangers, but did so clumsily by introducing new false ideas, and those who hate Christianity and Christian morality. This third group sees nineties evangelicalism as a fever swamp of obvious abuse and will quickly seize any opportunity to strike what they take as the Church’s soft underbelly. John is firmly in the second category, and although I intend to revisit the third group, I want to emphasize that he and I both affirm the traditional Christian sexual ethic (no sex outside of marriage). In that sense, we are on the same team.

I think it’s important to remind ourselves that we’re fish in the cultural water of our time, and like all fish, we don’t feel wet. Society’s sexual ethics and expectations have undergone a tectonic shift in the last fifty or so years, and to ignore the peculiarity of our cultural moment is, I think, to falsely tip the scales against expressions of traditional Christian values like chastity that would have been commonplace in generations past.

Don’t think you’re soaked in the cultural water of 2017? Do you go home each night and laugh at sit-coms involving unmarried couples sleeping together? Do you congratulate friends on social media anniversaries of what you know are relationships of fornication? Do you bob along with songs about extramarital trysts—perhaps even those that invoke religious metaphors?

I’m not dealing with Christian consumption of secular entertainment at the moment. All I’m suggesting is that we should try to constantly remind ourselves how much these art forms and pastimes affect our thought patterns, what we view as normal and acceptable, and most importantly, which teachings of historic Christianity strike us as odd or overkill. Since American pop culture has been so thoroughly drenched in sex for the last few decades, I think even Christians need to be wary of how distorted our thoughts on the subject have become, simply through osmosis.

But let me take this a step further. Ours is the age of sexual heresy. Objectivity requires, to a large extent, the ability to step outside of our time and judge ideas along with the “great cloud of witnesses” who went before us. We moderns are as myopic as Don Quixote. When tackling the subject of sexual sin, we have the tendency to mistake deep pits for potholes. And when dealing with twenty-year-old teaching on sexual purity, we have a strong tendency to see giants where our ancestors would have seen windmills.

To that end, I want to lay down a criterion to follow as we review Josh Harris’ controversial book. Ask yourself: Would this statement or passage have raised any eyebrows among Christians before 1950? If the answer is “no,” and it still strikes us as unacceptable or overly-harsh, the odds are ten-to-one that we—the denizens of 2017—are looking at it through sexual-revolution-colored spectacles, and need to clear our field of vision.

In my initial piece, I gave examples of some of the hysterical charges leveled at “I Kissed Dating Goodbye,” and Harris’ other book on courtship, “Boy Meets Girl.” I made it clear that I think these claims are “tall tales,” and challenged all comers to show me the passages wherein Harris makes or suggests these caricatured ideas. John responded by adducing paragraphs from both books which he thinks substantiate the original charges.

First, he quotes “I Kissed Dating Goodbye” to argue that Harris did suggest that women are responsible for the way men look at them. On page 99, Harris writes “we guys struggle with our eyes”—a fact about which many women may be “innocently unaware.” “I don’t want to dictate your wardrobe,” Harris adds, “but honestly speaking, I would be blessed if girls considered more than fashion when shopping for clothes. Yes, guys are responsible for maintaining self-control, but you can help by refusing to wear clothing designed to attract attention to your body.”

On the following page, he continues:

“I know many girls who would look great in shorter skirts or tighter blouses, and they know it. But they choose to dress modestly. They take the responsibility of guarding their brothers’ eyes. To these women and others like them, I’m grateful . . . It’s time to start seeing other people’s purity as our responsibility.”

For John, this is a smoking gun. Harris has effectively, though not in so many words, told girls and women that they are responsible for the way men look at them. Here’s the problem: Harris neither said that, nor meant it, and misconstruing his words to mean that is the kind of hermeneutic of suspicion that happens when we start with a conclusion (this book teaches inappropriate and dangerous things) and work backwards.

But wait, you say. Harris did write “it’s time to start seeing other people’s purity as our responsibility.” Isn’t that the same as saying women are responsible for the way men look at them? No, it’s not.

The unspoken subtext among objectors is that statements like this shift blame from the perpetrator of sin to the victim. But appeals for modesty do not place the culpability for the sins of men on the backs of women. If you insist they do, you’re playing zero sum game gender politics. Would these same folks tell a mother who advised her daughter, “don’t walk down dark alleys” that she’s blaming her daughter for a potential mugging? I doubt it.

This is a truth modern moralizers, especially in the social justice blogosphere, desperately need to recover: There is a meaningful moral distinction between telling someone “do everything in your power to help your brothers and sisters avoid temptation,” and saying “it is your fault when your brother or sister falls into sin.” I think anyone without an ax to grind would admit that Josh Harris was saying the former, not the latter.

But let’s go a step further. Is it, in fact, so unthinkable to suggest that women have a part to play in breaking the cycle of lust and unchastity? Why, after all, do we wear clothes? Do any of us have a responsibility, in any sense, to cover our nakedness so as not to offend or cause one another to stumble? Is a woman who decides to visit the beach in virtually no clothing, from a Christian standpoint, responsible for that action? Is she responsible for the stumbling block she has placed in men’s way? These are the kinds of questions we’re forced to ask in a culture that’s determined to deconstruct every common-sense practice or institution.

Yes, women should dress modestly. No, that’s not assigning blame to them for male lust (a determined man can look with lascivious intent on a woman in a burka). And our 1950s test makes this clear: A Christian author asking women to consider their Christian brothers when choosing their wardrobe would not have caused an eyelid to flicker sixty-five years ago. The idea that Harris’ request is dangerous, chauvinist, or repressive in some sense is a cultural innovation younger than my parents.

But there’s a far more important issue to consider, here: Love. The consistent teaching of the New Testament, throughout the gospels and epistles, is that we ought to bear one another’s burdens, preferring one another’s well-being to our own comfort, and placing others ahead of ourselves, rather than insisting on our rights. In Romans 14, especially, Paul instructs the spiritually strong to give up their right to eat certain foods, rather than offend the conscience of weaker brothers.

How does this apply to the debate over modesty? In his decades-old book, Josh Harris speaks the language of love. It’s an archaic language that’s fallen out of style in the last few decades, during which victim status has come into vogue. The language of love (“you first”) is confusing to those who are used to speaking the language of license (“me first”).

As much as I appreciate John’s tone, his arguments make it clear that he is speaking the language of license. License says, “I shouldn’t have to dress to keep you from stumbling.” Love says, “your holiness is more important than my fashion or even comfort.” It was the attitude of love that prompted Harris to write what he did back in the nineties, just as it was the attitude of love that prompted the Apostles to write passages like Romans 14 and 1 Corinthians 13, both of which teach that loving your brother and keeping him from stumbling is more important than exercising your own rights. Were we to apply John’s reasoning to the Bible itself, we would have to conclude that Paul unfairly blamed Christians who received meat sacrificed to idols with thanksgiving for the destruction of weaker brothers’ consciences.

We do have a responsibility to one another—not accepting blame for each other’s sins, but loving one another enough to not create unnecessary occasions for sin. That’s what the Bible teaches, and it’s what Joshua Harris taught back in the nineties, as well.

In my next installment, I’ll deal with John’s claim that “purity culture” taught young people to tie their worth to their sexual history. 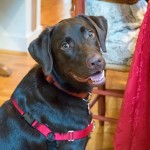 May 10, 2017
Choosing Pets Over Kids Is A Psychiatric Disorder
Next Post 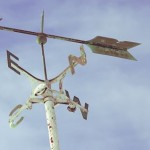 May 25, 2017 How Should We Understand the Left?
Recent Comments
0 | Leave a Comment
"I can't come to terms that you believe The Roman Catholic Church preaches and teaches ..."
Charles B55 Christians’ Complicated Relationship with Experts
"Haha enjoy the Prime series then. Eat your manly heart out."
Leila Marshy ‘The Wheel of Time’ As a ..."
"That was my experience, too. (I was 8.) It was less scary to ask the ..."
Michael Bates The Real Reason Evangelicals Don’t Baptize ..."
"Falls Creek usually produced lots of teens rededicating their lives, although there were a few ..."
Michael Bates The Real Reason Evangelicals Don’t Baptize ..."
Browse Our Archives
Related posts from Troubler of Israel