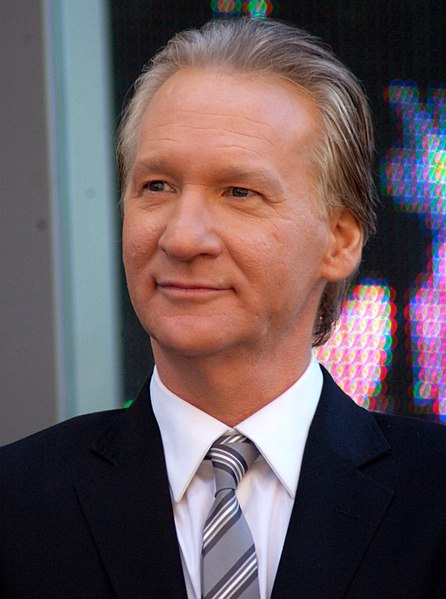 violence, irrationality, and chaos.  In an interview with Keith Ellison, the first African-American Muslim congressman, Bill Maher jokes, “You were not raised in the Islamic religion. You were raised Catholic; I didn’t even know you went to prison.” This microaggression against Keith Ellison plays upon a common social phenomenon in which African-American convicts convert to Islam in prison.

While Maher’s anti-Islamic beliefs stem from his belief that “liberals need to stand up for liberal principles,” what Bill Maher is not cognizant of is that this social phenomenon he jokes about (black convicts  turning to Islam) is actually is an indictment of the very liberalism that Bill Maher extols, and it calls into question the validity of his Islamophobic fears.

Islam in Prison: An indictment of Liberalism

The Report of the Sentencing Project presented to the United Nations Human Rights Committee, reports that one in three black males can expect to go to prison at some point in their life. Why are so many black males heading to jail? Wacquant in  Deadly symbiosis: when ghetto and prison meet and mesh, indicates that neo-liberalism has made it so that large segments of uneducated blacks are assigned to economic redundancy.

Yet upon issuing  this microagression against Keith Ellison, Bill Maher giggles as though the systemic hyper incarceration of blacks is simply a laughing matter to be taken lightly when it emanates from the very liberal values that Maher glorifies.  The  hyper incarceration of black males is a product of them having no place within the liberalism of white American society; the prison system functions as a warehouse and a new peculiar institution in Wacquant’s analysis for blacks who serve no economic utility.

In Sohail Daulatzai’s analysis, Blacks convert to Islam in prison as an empowerment tool that challenges the panoptic and disciplinary logic of the state. Malcolm X, for example, who did become Muslim behind bars, stated that “months passed without my even thinking about being imprisoned. In fact, up to then, I never had been so truly free in my life.” Through Islam, despite being incarcerated, Malcolm X reports a feeling of freedom that Islam gave him, and that liberalism deprived him of. A fact that is rooted in a historical fact and is completely ignored by liberals is that liberalism actually developed with a social contract theory that nonwhites were excluded from!

In his discussion with Keith Ellison, Bill Maher cites the work of a prominent white atheist and a friend of his, Sam Harris who asserts that “all civilized nations must unite in condemnation of a theology that now threatens to destabilize much of the Earth.”   His statement is consistent with a white supremacist knowledge production that portrays destabilization as a future event, ignoring that the world is already destabilized for people of color.This destabilization began in 1492 when European barbarians decided to wage open warfare on the entire world.  In fact, the very civilized nations that Sam Harris speaks of were likely built from destabilizing the societies of people of color. Barbara Omolade, a prominent Black Feminist writes that:

A direct historical line of military terrorism can be drawn from the guns used during the slave trade against Africans and American Indians to the building of nuclear arsenals by the world’s current superpowers…For people of color, the world as we knew it ended centuries ago. Our world, with its own languages, customs and ways, ended. (Women of Color and the Nuclear Holocaust)

When will  Bill Maher or Sam Harris condemn the terrorism that has already destabilized the societies of people of color? The very existence of nuclear weapon should call us to question and indict white supremacy, but it is instead utilized by Maher to further demonize Muslims.  In Maher’s perspective, not only is Keith Ellison  held accountable for the past actions of Islamic extremists, he is also held accountable for potential hypothetical acts that Maher has constructed in his mind.  Islamophobia is centered on the irrational  paranoia and fears of white society.

In his critique of Muslims, Bill Maher asserts that liberals need to defend liberal principles such as “equality for minorities,” the question for Bill Maher is: why are the original inhabitants of the United States, the Native Americans a minority within their own land, why are black descendants of slaves a minority on land they were forcibly taken to,  and why are white people a majority? It’s because of liberals like Thomas Jefferson, who supported the Indian Removal Act, believing that Native Americans should be exterminated. Jefferson’s worldview stemmed from one of the most foundational philosophers of liberalism, John Locke, who invested in companies that partook in the transatlantic slave trade of black Africans. The liberal notion of “equality for minority” has never significantly challenged the white supremacist power structure of America.

While Keith Ellison is forced into the defensive to answer for the actions of extremist Muslims, Bill Maher never has to answer for the heinous atrocities committed by white liberals. If Keith Ellison is to be held accountable for extremist interpretations of Islam,  when will Bill Maher be held accountable for extremist interpretations of liberalism leading to the hyper incarceration of blacks?  The “Islamic Boogeyman” is utilized to white wash the continued atrocities against the non-white world and allows for a violent absolution in which the aggressor plays the victim.   Bill Maher’s inability to see the mass incarceration of black people as a form of terrorism is because anti-black terrorism has been normalized into the American political and social system. Perhaps black lives will matter when we view white supremacy as the world’s greatest threat to peace and stability, not Muslim Boogeymen. 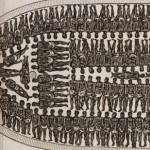 May 22, 2016
Hijrah and slave Marronage (Islamophobia and Anti-Blackness pt 3)
Next Post 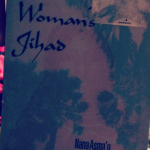 May 31, 2016 The Life of Nana Asmau
Recent Comments
0 | Leave a Comment
"It is actually a jewish centre appropriated as usual by the muslims, by force, of ..."
Lea Williams Black Orientalism: Refutation from the Prophetic ..."
"When you stand with Minister Negro Hitler, aka Farrakhan that is the problem. Every time ..."
Greg Abdul Dawah in 21st century Black America: ..."
"Barros Serrano is definitely trolling. Folks that are threatened by truth, Justice, and Equality are ..."
Jeremy When Muslims Join Forces with an ..."
"Barros Serrano definitely hates Islam. Who else writes the Holy Quran as “Koran”? People who ..."
Jeremy France’s System White Supremacy & The ..."
Browse Our Archives
Related posts from Truth to Power