Part One: Islamophobia and Anti-Blackness: The Historical Connection pt. 1

Black Muslims who had been captured and kidnapped to the western hemisphere, they would be separated  from the classical tasfir texts of Ibn Kathir, the hadith collections of Imam Bukhari, and, most significantly, the textual transcriptions of the Qur’an.  Yet, the Islamic scholarly tradition is heavily predicated upon an oral tradition that places a heavy emphasis on memorization, and West Africa was no exception to this.  Black Muslims who endured the Middle Passage would still have the mental fortitude to reproduce Islamic texts  even under the most horrifying of social conditions to the dismay and shock of white slave owners.

A letter from a white magistrate visiting a sugar plantation in Jamaica, reads, “One of them showed me a Koran written, from memory by himself but written, he assured me, before he became a Christian. I had my doubts on this point.”  Even under the bondage of slavery, enslaved Africans reproduced the text of the Qur’an. However, in order to survive in a world hostile to their faith, many Muslims would openly profess Christianity while believing in Islam in their hearts.

The Qur’an, which many African Muslim slaves had memorized, is replete with verses urging Muslims to flee from persecution, pointing to the spacious nature of God’s earth. One such ayat in An-Nisa 4:97 reads, “….Was, then, God’s earth not spacious enough for you to forsake the domain of evil?” Hijrah, or ‘flight from persecution,’ is an Islamic practice that began when the Prophet Muhammad’s (PBUH) early followers forsake the domain of evil in  Mecca and established their own Muslim polity, beginning in Ethiopia and then Medina. Prophetic precedences would guide the ways in which African Muslims would fight slavery.

Describing the impact that such ayats in the Qur’an had on slaves, historian Dr. Afroz Sulanta writes that “hijra from the plantations led many of them to form their own community, known as Maroon communities.”

One such  Jammacian Muhammad Kaba would even wrote a book titled “The Book of Prayer” instructing the community of believers in Jamaica  on the importance of maintaining their daily prayers.

Another Arabic document found circulating among Jamaican Muslims,”exhorted all followers of Mohamet tobe true and faithful, if they wished to go to heaven.”

Hijrah empowered African Muslims to escape the brutalities of the slave system and to resist the efforts of white plantation owners to eradicate their faith. The maroon communities enabled African Muslims and Africans of other indigenous faiths to forge their own societies free from the hegemony of white plantation owners. Despite the horrifying situation that Africans Muslims experienced, they still sought to remain faithful to the Prophet Muhammad and exhibited high levels of faith in their freedom struggles.

An ayat in the Qu’ran in  16:110  that would have been deeply relevant to  Muslim Maroons  states,”“for those who became fugitives after they had been persecuted, and then fought and were steadfast – lo! thy Lord afterward is (for them) indeed Forgiving, Merciful..”

Maroon leader Francois Makandal is described in the Encyclopedia of Slave Resistance and Rebellion as  “an erudite Muslim who wrote Arabic very well.” Living in the mountains, Makandal  organized slaves to carry out a  series of attacks on French Crops before he was captured and  burned at the stack.

A  French colonel recounted that, “During the wars I was obliged to do against the blacks, we often found written papers in the bags or macoutes of the few Negroes we killed…Nobody understood those writings. It was Arabic.”

The Islamic centers of learning in West Africa which taught Arabic allowed slaves to communicate in a language indecipherable to whites in order to carry out acts of sabotage and resistance.

The Persecution of African Muslims

An even  deeper historical antagonism that impacted enslaved Muslim in the Americas is furthered highlighted by Sigmund Koelle, a Germany missionary in Sub-Saharan Africa in the 19th century. In his polemic against Islam,  Koelle writes,”“Mohammedanised Africa became the stepping-stone for invading Christian Europe from the west.” In  is from ‘Mohammedanised Africa,’ that a 700 year old Muslim state would exist in Europe, one that would only  fall with the Reconquista in 1492.

As such, the African Muslim has a relationship with Spain which predates modernity. Even prior to the slave trade,  “Mohammadanised Africa’ came to represent a villainous force in the mind of many Europeans who  began to spread their Islamophobia into the Americas.   The Spanish  passed laws seeking  to minimize the importation of African Muslims into the Americas. The  Wolof, an African Muslim ethnic group, was ordered to be deported out of Chile.  The Spanish were concerned about attempts of Africans to spread Islam to Indians, but also, according to African historian Jeffrey A. Fortin. “black Muslim resistance to slavery.”

In the end though, did this resistance fail? In the next article,  we will examine how despite the complete eradication of Islam among Black descendants of slaves in the ‘new world,’ it was still able to remerge and impact the black freedom struggle in the post-slavery era. 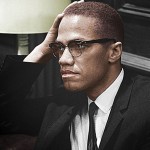 May 19, 2016
Stop bickering and instead continue the work of Malcolm X.
Next Post 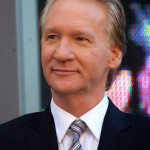