Hamza Yusuf: with a shaykh like this, who needs Bill O’Reilly?

Hamza Yusuf is thoroughly and categorically unqualified to teach Black people Islam. The very fact that many Muslims found my last article,” Why Hamza Yusuf cannot teach Black people Islam,”  to be so controversial only demonstrates how complicit the “American Muslim community” is in anti-blackness and maintaining Black American Muslims in an interpretation of Islam that is merely about rituals and spiritual praxis, but has no application of Islam that will empower Black folks to address the wretched political conditions that have been imposed upon them by a white supremacist society.

My purpose in writing the article, “Why Hamza Yusuf  Cannot Teach Black People Islam,” was to remind Black people that they are a beautiful people and that they must look at the Islamic tradition to transform their community for the better.  Despite Hamza Yusuf’s education in the Maliki Fiqh, his discourse regarding the struggle of Black people relies upon a destructive white liberalism that actively eviscerates the entire African-American experience of Islam. Thus, despite his traditional Islamic education, he has no business teaching Black people about Islam.

In response to my article, I have received numerous blowback from several critics as well as words of praise from supporters. Nonetheless, I want to take this opportunity to address critics of mine.

That was a really disturbing article.

Abu Amina Elias, a Muslim writer, teacher, and translator and a research fellow for Yaqeen Institute, tweeted that: “That was a really disturbing article. “ In reality, American Muslim community should be deeply disturbed that one of their top so-called leaders can pontificate extensively about Kant’s categorical imperative, Nietzsche will to power, and other useless (and anti-black) European philosophy but has not taking the time to engage with basic black political and philosophical thought to see a very basic causal connection between institutional racism and the destruction of the black family.

Imam Jamil Al-Amin, a Black Muslim activist and current political prisoner, once said, “Black people did not create the laws in this country…. The laws that keep them up, keep us down. “ Similarly, Malcolm X also stated that, “Civil rights legislation will never solve our problems.” Yet, in a world in which Black people continue to suffer under a defacto system of white supremacy as a result of what Malcolm X correctly predicted, Hamza Yusuf has the audacity to say, ”America has some of the best anti-discrimination laws in the world.”

How can this be true when a recent study on the death penalty discovered that race is more likely to affect death sentencing than smoking affects the likelihood of dying from heart disease?

How can this be true when in a study of the impact of the Fair Housing Act passed in Chicago to outlaw racial discrimination, sociologist Douglass S. Massey notes that, due to practices such as redlining, racial steering, and block-busting that developed in the Post-Jim Crow era, “the level of black-white segregation has hardly changed.”

How can this be true when in an empirical study titled “The Prison Boom & Lack of Black Progress,” University of Chicago economists Neal and Rick,the Great Recession has left most black men in a position relative to white men that is really no better than the position they occupied only a few years after the Civil Rights Act of 1965.” The law and civil rights legislation proved ineffective in thoroughly eradicating structural white supremacy.  Defacto white supremacy cannot be eradicated via anti-discrimination laws.

When Islam spread among Black Americans due to Muslim leaders who were sensitive to their pain and suffering, how is it that we now have a situation in which individuals considered by some to be leaders in the Muslim community are actively trivializing the oppression of Black people?

In answer to this, Salim Abdul-Khaliq, a member of a Pan-Africanist Islamic organization influenced by Malcolm X and a supporter of my article stated about Hamza Yusuf,” The immigrants elevated and glorified  him[Hamza Yusuf] because they need a white super hero.”  Indeed, many Immigrant Muslims are in such a state of mental colonization, that when a white person embraces Islam and seems somewhat educated, this functions as an Iman or faith booster for them. Therefore, they have no qualms about referring to Hamza Yusuf as the “Elvis Presley of Western Muslims’, despite Elvis Presley historically strained relationship with the Black community.

Is your Shaykh Teaching You to Hate your Black Self?

In his historic speech of Malcolm X, he raises the question, “who taught you to hate the color of your skin? Who taught you to hate your own kind?”  Malcolm X critique was centered upon a critique of a white supremacist interpretation of Christianity. How far has the Muslim Ummah in America, which we now we have a so-called “leader” in the Muslim community who reinforce the same -black pathologies which cause Black people to hate themselves?
Ismail Royer‏ wrote that: “Anyone who says you can only learn Islam from someone of your own race is ignorant of Islam.”Of course, this was never the argument. My argument is the transatlantic slave trade, Black codes, Jim Crow laws, defacto institutional racism, and living in a defacto white supremacist society has profoundly impacted the spiritual and theological needs of Black people.  Black people need to be able to look at the Islamic tradition to empower themselves against the destructive ideology of white supremacy which has fostered within them self-hatred.

The notion that Black Muslims should remove themselves from the theological tutelage of “Shaykhs” who pathologize them and who are disrespectful to their struggle should not be seen as controversial.  The belief that Black Muslims should look at the Islamic tradition to empower themselves against anti-black oppression should not be seen as controversial. This belief would be controversial to individuals who are determined to maintain Black people in a state of theological colonization in which Islam is about mere rituals and spiritual praxis, but not being actively practiced to empower them against white supremacy and make a meaningful material difference in their lives.

When asked why there was so much backlash to the original article I wrote on Hamza Yusuf, Brother Ali responded, “Secretly (and openly) they agree with him, that’s why they take offense to brother Hakeem holding Hamza Yusuf accountable with the truth.”  I want to send a very clear message to critics of mine: as a Black Muslim freedom fighter, I will be absolutely relentless against anyone who disrespects the Black  community. I do not care if  the source of that disrespect is your favorite Shaykh or even the Pope of Rome.  The days of disrespecting Black people, speaking down to Black people, and pathologizing Black people must come to an end.  Black people:  you are a beautiful people and you have no business being under the religious tutelage of anyone who disrespects your self-worth. 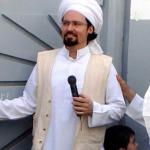 September 2, 2017
Does your Shaykh Trivialize the Oppression of Black People?
Next Post 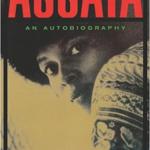