The Prayers of Black Freedom Fighters 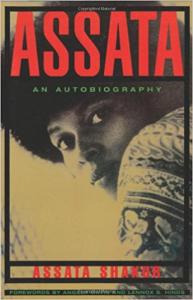 The Islam of Black revolutionaries was in full effect during the 1977 courtroom trial of Black Freedom fighter, Assata Shakur.   Instead of accepting her role as the defendant, the Black freedom fighters in the courtroom took the role of the prosecutor seeking to hold the U.S judicial system and the government accountable for its crimes against Black people.[1] Islam was an integral part of this endeavor.

During her trial, Assata Shakur states people throughout the Black community came, interrupted regular court proceedings, refused to stand up for the judge, and gave each other Black power salutes. She remembers, “The Muslim sisters and brothers brought their prayer rugs and broke out into prayer.” This salah of Black freedom fighters in the courtroom trial of Assata had spiritual and theological meaning.

In the beginning of every salah, Muslims recite, Al-Fatihah, affirming God’s status as the master of the Day of Judgment. While the worldly judge could issue a verdict in a courtroom trial, ultimately it is Allah who is the true judge and master of the Day of Judgment, to whom we are all accountable. It is Allah, whose attribute is The Most Just who could deliver more justice than any courtroom drenched in institutional racism could ever deliver. This salat in the courtroom trial of Assata Shakur is a reminder of this reality.

Assata Shakur once said of Black Panther, Sister Safiya Bukhari, “She was a soldier, a warrior-woman who did everything she could to free her people and to free political prisoners.” 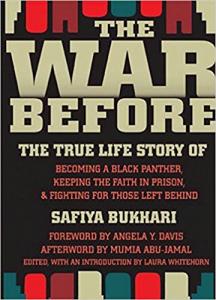 While in solitary confinement, for her efforts to liberate her people, as a soldier in the army for Black Liberation,  Safiya Bukhari wrote, “What kept going through my mind were all the things I had read in the Qu’ran about the intentions of the heart and how, if those were correct. Allah would allow you to be victorious.”  During her solitary confinement, Safiya Bukhari stated that she continued, “Making salat five times a day.”  Bukhari explains she continued to reflect upon ayats in the Qu’ran, that believers would be tested on their faith and their conviction. Though isolated within solitary confinement, Bukhari stated, “I still recognized that Allah was God and as long as He was with me, I was not alone.”   Bukhari feared God more than she feared the state.

While the prison system sought to break her, Safiya Bukhari states by turning to God in prayer, “I grew stronger and my fear abated until it was gone. I could truly say with conviction, with a rock-solid belief system in place, ‘there’s no God but God and Muhammad, peace be upon him, is his messenger’.” Enduring the wretched conditions of prison life, Safiya Bukhari wrote in her memoirs, as Black people, as we continue to fight for the freedom of our people, we must continue to turn to prayer to spiritually strengthen us and earn Allah’s pleasure, solace, and  tranquility! 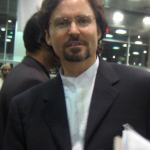 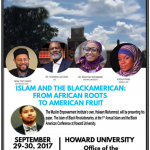 September 24, 2017 Islam and The BlackAmerican: From African Roots to American Fruit.
Recent Comments
0 | Leave a Comment
Browse Our Archives
get the latest from
Muslim
Sign up for our newsletter
POPULAR AT PATHEOS Muslim
1

What Do We Need a Spiritual...
The Living Tradition
Related posts from Truth to Power