Why I Don’t Believe: Unconvincing Conversions

This is the first in a series of posts about why I don’t believe in Christianity.  You can check out all posts in this series here.

If I am not personally convinced by apologetic arguments for Christianity or if I concede that it is impossible to be converted purely through intellectual arguments, as Kevin has argued in the comments here before, there remains the testimony of converts.  Ought I be moved by the shifts of former atheists and skeptics like Francis Collins?  There are three ways in which the testimony of former atheists could be convincing, but currently I am unmoved by all of them.

1. Converts cause me to update my Bayesian priors

Plenty of converts are former atheists, people who ostensibly share similar world views with me.  If they found evidence compelling, shouldn’t I be shaken by their change of heart?

For the most part, these types of arguments aren’t particularly persuasive to me.  It’s hard for me to judge how much I had in common with former atheists prior to their conversion (arguments with relativist atheists and postmodernist atheists have certainly taught me that mere disbelief in God is no guarantee of shared principles).  If we weren’t mostly in agreement to begin with, then their changes of heart may stem from a point we already disagreed on.

Essentially this is no different than an intellectual argument I could find in an apologetic work by any author, so I’m not going to dwell on this idea.  The only bonus for an argument offered by a convert is that I know it has previously been convincing to other non-Christians, but as I discussed in point one, the set of non-Christians is still diverse enough that it may have no particular relevance to me. 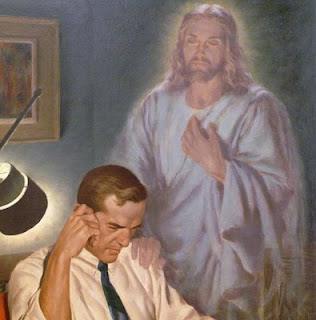 Converts frequently claim to have experienced some personal confirmation of God’s existence, and I don’t believe that most converts are deliberately deceiving; they seem to sincerely believe what they say.  So how do I evaluate their claims?

Let’s start by looking at two fairly standard conversion stories.  (Both are short, so feel free to click through).  The first is excerpted from Joan Ball’s memoir Flirting with Faith.

The minute I found myself in the privacy of the car, a wave of intense emotion came over me. It was like a dam had broken, a flood of pent-up pressure released behind it in the form of sobbing and hysterical crying. Somewhere in the midst of all this, the pain in my chest lifted and there I was—generally a model of rigid self-control and modern accomplishment—crying ugly and repeating over and over again, “It is all true, all of it, it is all true.” In that moment I knew I was not having a heart attack. Instead, despite lifelong skepticism and outright animosity toward traditional religion, without asking or seeking, this skeptical atheist turned churchgoing agnostic had somehow been struck Christian.

The second story is from an essay titled “One Mormon’s Conversion” that was published on Patheos.

In those days it was customary for missionaries to ask investigators not to take the Sacrament. The missionaries told my parents, but no one thought to tell me. For the Disciples, it is a point of doctrine that everyone takes Communion. So, after the bread was blessed and when it was passed to our row, I took a piece of bread and put it in my mouth.

Suddenly I was overcome from head to toe. The Spirit moved me and told me that the Church is true in a way that I could not and cannot deny. I knew it. That is the only honest way to describe the result of my experience: I had new knowledge, knowledge that the Church of Jesus Christ of Latter-day Saints is Christ’s church. Though I was no Paul, neither in my previous opposition nor in the power of this experience, I knew something about what Paul’s experience was like. The decision to be baptized was no longer mine; it had become something I had to do.

Both are powerful personal narratives that profoundly changed the lives of the authors.  Should I be moved?  These two stories are inherently contradictory.  How am to choose between them?

I’ll admit that it is possible that both stories could be true, if the God that touched Joan and Jim was a deist God and wasn’t anywhere near as picky about where either of them attended Church or what they believed as they though, but this is in direct contradiction with their experience of highly specific visitations.  Not to mention, from my point of view, the God of generalities that this approach would point to would be well nigh impossible to obey.

So at least one of the two must be sincerely mistaken.   Or, rather, their twinned stories are proof positive that people can have sincerely felt conversion experiences which are false.  To show that there are experiences that are true, I would expect a Christian or a Mormon or anyone else to show me a heuristic that could differentiate between the true experiences and the false ones.

I’m not asking for a perfect algorithm that can sort out every experience, no matter how vaguely described, but I am still looking for a logical sieve that lists some markers that point to a genuine experience and some that make such an experience unlikely.  And, of course, when applied, the criteria ought to primarily ‘pass’ experiences within only one religious faith.

If that’s an impossible task, the contradiction isn’t a disproof of the existence of God or even a disproof of a non-deistically generic God, but it does raise some questions about such a God’s justice.  If humans cannot reasonably be expected to differentiate between true and false conversion experiences and if there is a true church with God’s special favor, then God allows a great many people to be deceived and excluded from salvation through no fault of their own. 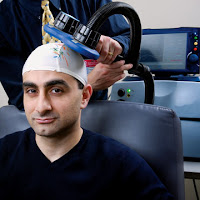 Or, of course, it might be that humans, for whatever reason, are prone to experiences that are so overwhelming that they feel supernatural.  There could be a biochemical mechanism unrelated to any God (indeed, neuroscientist Michael Persinger claims to be able to induce religious visions with electromagnetic radiation).  It could be that a feeling of overwhelming awe is a pretty reasonable reaction to the incredible world we live in, even if the appropriate emotions normally need to be tamped down to make us capable of functioning.  After all, atheists can be swept away by purely secular awe as well.

Unless believers can explain to me why the conversion experiences felt by their converts are closer to truth than the experiences of everybody else’s converts, I find their testimony to be a wash when read charitably, and evidence against a god of a particular religious tradition when read critically.

“Why I Don’t Believe” will continue running every day this week.

September 29, 2010 Why I Don't Believe: A History Mystery
Recent Comments
112 Comments | Leave a Comment
"Jesus wasn’t resurrected as a great miracle simply in order to convince people to believe ..."
John The Two-Lazarus Problem
"The cartoon is amusing, but flawed. One of the four virtues of Stoicism is Justice; ..."
Vulpes Inculta 7QT: Stoicism Man, Semi-Imaginary Money, and ..."
"Do You Know what isn't Fair? Calling Atheism a Religion. Or saying Dawkins is a ..."
skwills Who Gets to Give the Courtier’s ..."
"Oh! And you can get there via Naval Gazing.(probably not by Navel Gazing...)"
TheSparksFlyUpward Too Sucky To Be True
Browse Our Archives
get the latest from
Catholic
Sign up for our newsletter
POPULAR AT PATHEOS Catholic
1