Other Thoughts on Prayer 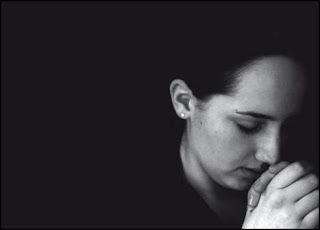 The pitch that prayer can change anyone’s life, if you give it a try, is hard to rebut.  The obvious objection, as is often the case with religious experiments, is that the definition of success and the length of time required for a valid trial are never time.  But even ignoring that problem, the odds are already stacked in favor of religion.  There’s plenty of reason to think that prayer could be beneficial even if God did not exist.

If prayer is a way of setting apart a part of the day to reflect on your behavior and the needs of other people in your life, it’s hard to imagine how it wouldn’t be of use.  If the goal is achieving miracles, curing the sick, or communing with God, then the claims get harder to support.  A simple period of reflection, which is all prayer is likely to be when attempted by an atheist like me, is probably going to have some salutary effects.  It did for me the last time I tried.

During Lent last year, when I agreed to try praying, I ended up in a fight with an acquaintance that I found quite upsetting, particularly because I couldn’t understand why the other person was so furiously angry and deliberately cruel.  My boyfriend suggested I should pray for the person who was upsetting me, and I balked. That sounded like tattling on the other person to God.  If I was in the right, and the other person was behaving unreasonably, presumably God already knew that, and it was hardly noble to complain about it.

After all, it was unlikely, even if I were right, that I was acting in the precise way that would minimize the conflict.  As long as some fault belonged to me, the other person was irrelevant.  The only thing that mattered was that I behave correctly — it made no difference whether my stumbling block was another person or inclement weather.

If you’ve noticed that the logic above bears a more than passing resemblance to my mindset in my Kantian days, you’re faster on the uptake than I was.  My focus on my own fault and responsibility was solipsistic to the point of ignoring the fact that the person upsetting me was a person.  Once I noticed the way I was thinking, I was able to honestly wish that the other person was calmer and that our fight and her anger wasn’t such a burden on her.  I was able to release the feeling that wishing for her to be happier and healthier was really just an indulgent wish that my life be easier.  I thought about her, not just her effect on me.

Since then, I’ve had an easier time dealing with feelings of frustration with others and trying to wish well and be a help to them, rather than seeing them as obstacles to be overcome.

January 18, 2011 Taking a Wrong Turn in the Moral Landscape
Recent Comments
101 Comments | Leave a Comment
"Jesus wasn’t resurrected as a great miracle simply in order to convince people to believe ..."
John The Two-Lazarus Problem
"The cartoon is amusing, but flawed. One of the four virtues of Stoicism is Justice; ..."
Vulpes Inculta 7QT: Stoicism Man, Semi-Imaginary Money, and ..."
"Do You Know what isn't Fair? Calling Atheism a Religion. Or saying Dawkins is a ..."
skwills Who Gets to Give the Courtier’s ..."
"Oh! And you can get there via Naval Gazing.(probably not by Navel Gazing...)"
TheSparksFlyUpward Too Sucky To Be True
Browse Our Archives
get the latest from
Catholic
Sign up for our newsletter
POPULAR AT PATHEOS Catholic
1

A Virus of a Film: A...
Steel Magnificat
Related posts from Unequally Yoked

Ordinary Time Still Passes When We're Not Looking
I am an older parent.  People mistake me for a grandmother with...
view all Catholic blogs
What Are Your Thoughts?leave a comment
Copyright 2008-2021, Patheos. All rights reserved.