What Atheists and Republican Strategists Have in Common

What Atheists and Republican Strategists Have in Common January 1, 2011 Leah Libresco

I recently wrote a post (“The Perils of Decentralized Philosophy“) as a response to Friendly Atheist Hermant Mehta’s attempt to limit the definition of humanism to exclude the gunman who attacked a school board.  I argued that atheists and humanists were hurt by a lack of community or sense of responsibility for other people who shared their beliefs.  Commenter March Hare took issue with my argument, saying:

There is no need for atheists to band together in that way. It’s not like when a Jew does something all non-Hindus gather together to defend the action or denounce the non-Hinduism of the person. “He wasn’t a real non-Hindu, a real non-Hindu wouldn’t do that.”

The reason non-Hindus don’t unite in defense of a Jew as a fellow non-Hindu is because, whether they are Christians, Jains, or Jews, ‘non-Hindus’ belong to philosophical communities that carry more weight than ‘non-Hinduism.’  Non-Hinduism may be a definable set of people, but it’s not an interesting or compelling one.  And, most of the time, neither is atheism.  Although atheism may be a very important political category when dealing with church-state issues and creationism, it is pretty well near useless as a philosophical category.

Atheists belong to some other group, even if that group doesn’t have a well known name or tradition.  Some atheists are nihilists, some are existentialist, and some are crazy, mixed up proponents of absolute moral law like me, but we all have actual beliefs to defend beyond our lack of belief in God.  If you talk about atheists as  having a primary loyalty to the philosophical category of athiesm, you’re going to run into trouble, just as a couple of prominent atheist blogs did this week.

John Loftus of Debunking Christianity posted an excerpt from one of his books which stated:

When Christians ask if I have taken the outsider test for my own “belief system,” I simply say “yes I have, that’s why I’m a non-believer.”

They’ll ask if I am equally skeptical of my skepticism, or whether I have subjected my non-belief to non-belief, or my disbelief to disbelief. These questions express double negatives. When re-translated they are asking me to abandon skepticism in favor of a gullible faith, for that’s the opposite of skepticism—something no thinker should do.

Either Loftus is a skeptic in the tradition of Sextus Empiricus and doesn’t really believe anything or being glib and/or disingenuous.    But what the Christians are talking about when they ask him about his ‘belief system’ isn’t his skepticism– they want to know what he claims his skepticism reveals as true.  What does Loftus think constitutes virtue?  What is the goal of human life?  Does it matter if we don’t know? 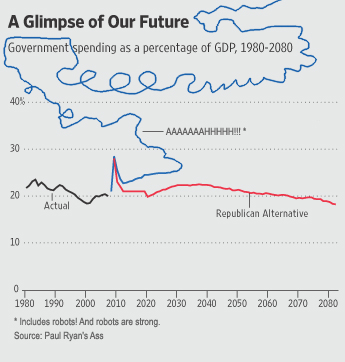 When atheists don’t talk about their own philosophy or pretend they don’t have one, we are walking away from some of the tough discussions we need to have.  We’re turning a blind eye to some troubling philosophies that are entirely compatible with atheism.

That’s why I disagree with some comments Hermant Mehta made at Friendly Atheist while explaining why he’s not troubled by divisions within atheism:

We’re not going to be unified when our disbelief in any gods is the only common thread binding us. It’s fine if we support one group or another or none at all. I think we all benefit when we can be counted in some way, but if you choose not to do that via a particular group, so be it.

Diversity in what we call ourselves, and who we vote for, and where we stand on morality just shows we’re not a homogeneous bunch. That’s a good thing.

Diversity in opinions on morality is NOT an intrinsic good.  I’ve known atheists who were nihilists and/or relativists who had an incredible disregard for the suffering of others as a consequence of their philosophies.  I don’t talk to a friend who holds these beliefs and feel reassured that I’m part of a vibrant, diverse community of atheist thought– I want to convince them to change their mind because I think their philosophy is false and is likely to hurt my friend and the other people in their life.

I’m glad bloggers like Loftus and Mehta are trying to curb some of the political excesses of the Religious Right, particularly when the evangelical wings try to compromise science education, but that can only be a part of an atheist agenda.  If our philosophies are true and compelling and helpful, we ought to discuss our ethics and metaphysics openly and enthusiastically, even if that opens us up to inter-atheist fights.  Papering over important moral differences is a good strategy for building political coalitions, but a bad habit for philosophers.

December 31, 2010
Questions for Atheists: Does Moral Law Exist in Itself?
Next Post

January 2, 2011 Throwing Ideas into the Arena
Recent Comments
98 Comments | Leave a Comment
"Jesus wasn’t resurrected as a great miracle simply in order to convince people to believe ..."
John The Two-Lazarus Problem
"The cartoon is amusing, but flawed. One of the four virtues of Stoicism is Justice; ..."
Vulpes Inculta 7QT: Stoicism Man, Semi-Imaginary Money, and ..."
"Do You Know what isn't Fair? Calling Atheism a Religion. Or saying Dawkins is a ..."
skwills Who Gets to Give the Courtier’s ..."
"Oh! And you can get there via Naval Gazing.(probably not by Navel Gazing...)"
TheSparksFlyUpward Too Sucky To Be True
Browse Our Archives
get the latest from
Catholic
Sign up for our newsletter
POPULAR AT PATHEOS Catholic
1